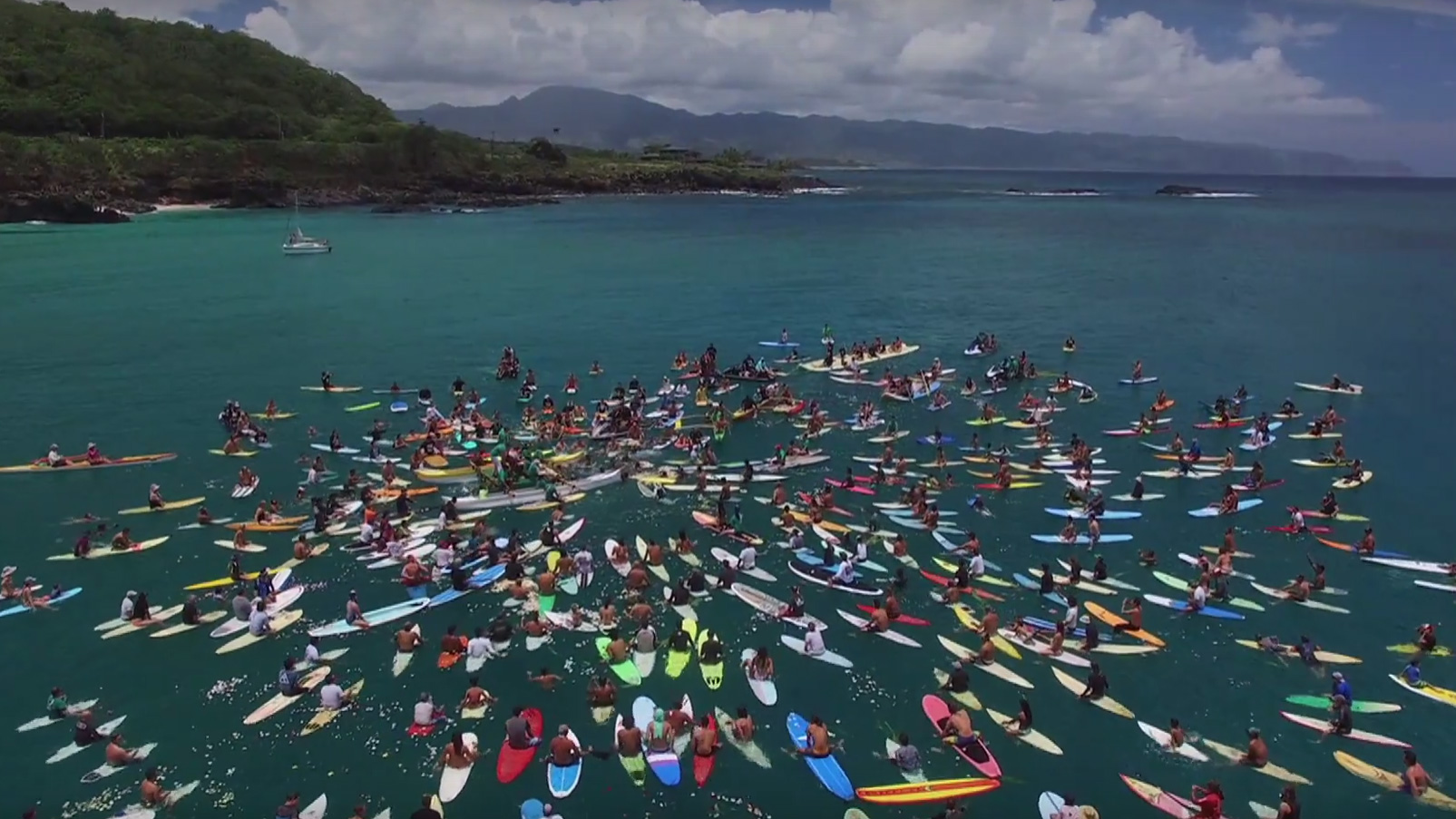 On February 18th, 2016, the surfing world lost a legend. Brock Little left his mark as a true big wave hell-man, well known for pushing the limits in the water and his brash tell-it-like it is attitude on land. After years in the surf industry, Brock became a stunt man for Hollywood productions capitalizing on his go-for-broke approach. It was only recently that the 48 year old announced he was battling advanced cancer ultimately succumbing to the disease. But on June 26th, 2016, many of his closest friends and family came to Waimea Bay to pay tribute to the man and spread his ashes at the place he loved so much.