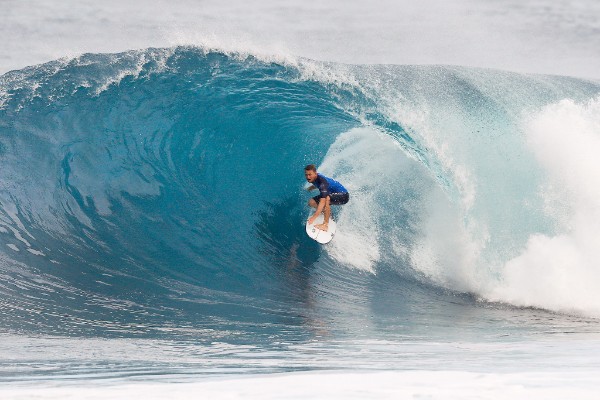 Former CT surfer Payne had a comeback performance after returning to competition from an eight-month hiatus due to injury but has proven successful rebounds throughout his career, including a win at the 2014 Hawaiian Pro, the first stop of the VTCS. Recently crowned WSL Hawaii/Tahiti Nui Regional Champion Benji Brand (HAW) will also advance into the main event after earning the runner-up finish in the Pipe Invitational event.

Today, 32 of the best Pipe surfers from Hawaii and around the world battled in the Pipe Invitational for a chance to compete alongside the WSL Top 34 men at the Billabong Pipe Masters. With only two event wildcards on the line, the day saw outstanding performances amongst the trialists with Payne and Brand besting the field.

“I’m excited to be in the Pipe Masters, it’s an event every kid growing up in Hawaii who’s a surfer dreams about,” commented Payne. “It’s just a blessing to be here. Had a great day surfing with Benji and all the guys, Seth (Moniz) and Jack (Robinson), everybody out there was ripping. It’s a fun day, I’m just super grateful the WSL gave us this opportunity.”

The 35-minute final opened with a quick ride by Brand but Seth Moniz (HAW), 20, set the bar when he dropped from the sky and pulled into a beautiful Backdoor runner, followed by a nice turn off the top for a 6.50 (out of a possible 10) from the judges. Brand stayed active and continued to lock in scores on his backhand, while Payne, 29, put a 4.0 on the scoreboard for a quick right-handed wave. Priority then shifted to Jack Robinson (AUS), a Margaret River local who won the 2015 Pipe Invitational, but after choosing an inside wave that only garnered a 1.30, the young surfer remained in fourth when he was unable to find a backup score.

Moniz had the lead for the majority of the heat with a 6.50 and 3.33 until Payne found an open Backdoor barrel that put him in an unsurpassable lead with an 8.0. Moniz dropped to second, but Brand continued to demonstrate versatility by riding both Pipeline and Backdoor waves and earned a 5.50 on his second to last wave to overtake Moniz. The final horn sounded and gave Dusty his first win of the season.

“I was just trying to stay calm the whole day and not get too freaked out on how big the occasion is because it’s pretty easy to get intimidated by all these really big names and really good guys at Pipe,” said Brand. “I was trying to read the waves well and not get to freaked out about the situation and hopefully we can take down some names and give John the title.” 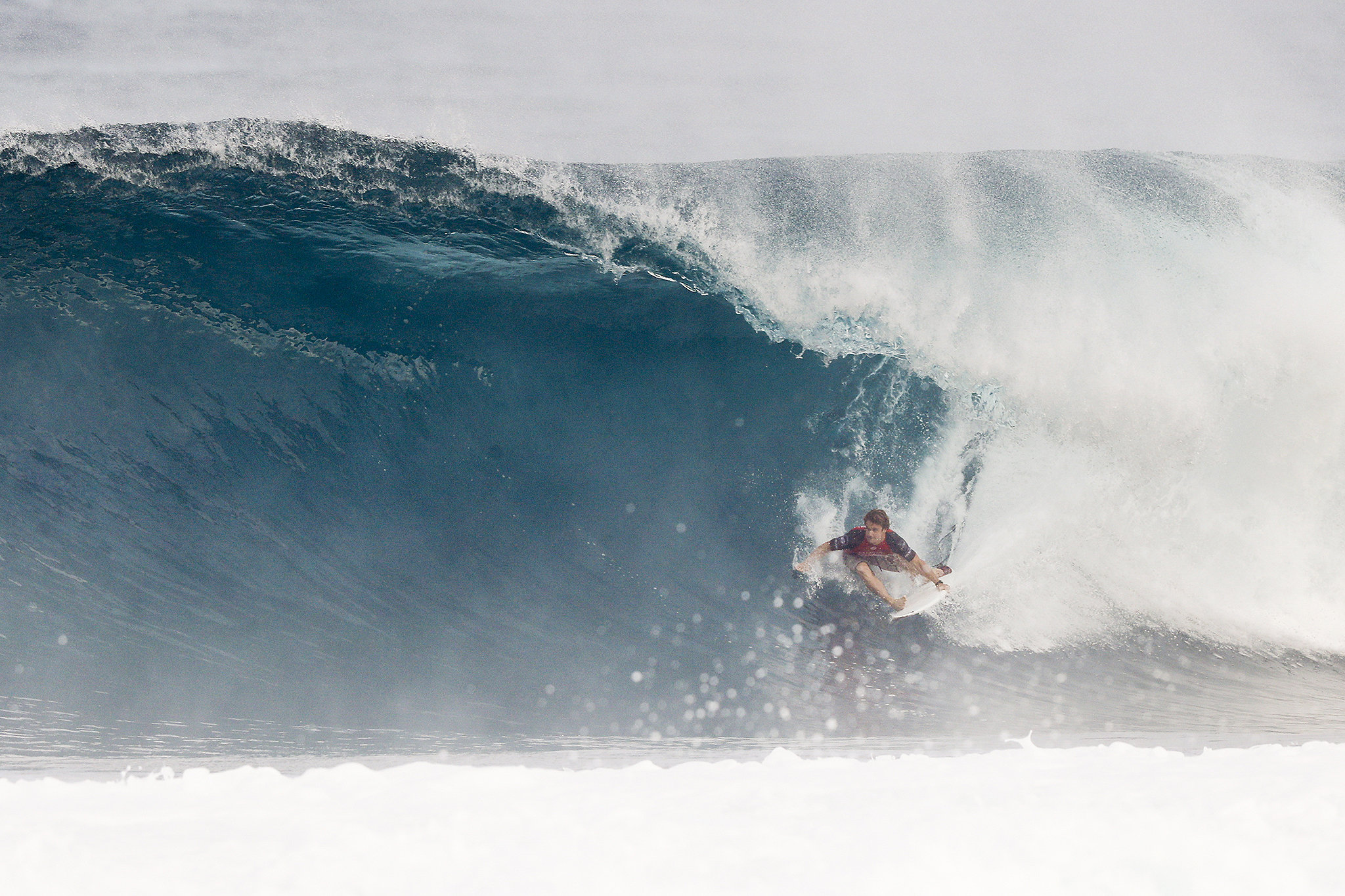 Caption: Benji Brand’s (HAW) backhand proved to be a weapon in the final when going up against all regular-footers in the Pipe Invitational.
Credit: © WSL / Cestari

Brand will be up against World Title contender Gabriel Medina (BRA) and Miguel Pupo (BRA)in Round 1 Heat 5.

“Feels pretty unreal to think of having a heat with Gabriel Medina at Pipe,” Brand continued. “I hope the waves are really fun and we can get some barrels, hopefully take out some names.”

Hank Gaskell (HAW) of Hana, Maui scored the highest ride of the day, a near-perfect 9.00 for an unpredictable Backdoor barrel that threaded through multiple sections. With a lot of white water on the face, Gaskell used veteran knowledge to navigate the challenging ride and breakthrough the exit.

“It was a shaky one, I knew I was pretty deep so I just took off and set my line as fast as I could,” commented Gaskell. “I gave a big pump and I fully fell forward and almost gave up and I was on my tip toes, just luckily managed to land back on my feet with enough balance, my foot was way on the wrong side of the board but I recovered. I’m glad it looked good because it felt really really difficult but I didn’t know how it was going to look.”

The best barrel of the morning awarded Gaskell advancement into the Quarterfinals, but he was ultimately eliminated in the second Semifinal by eventual Finalists Moniz and Robinson.

Event organizers will reconvene at 7:30 a.m. HST tomorrow to reassess the conditions and make the next call.

Surfline, official forecaster for the Billabong Pipe Masters, are calling for:

The forecast is packed with swell, but the windows for favorable conditions will be sporadic. Easing NNW swell on Friday, although still solid and with light wind. Smaller surf on Saturday and with conditions falling apart through the day. Then another large, maxed out NNW swell is expected for Pipe on Sunday the 10th, while NNE veering NE winds prevail. Monday the 11th is shaping up to be very similar to tomorrow (Friday). Watching for another large (potentially XL size) NW swell to peak around Wednesday the 13th; again, Pipe maxed out and wind conditions looking suspect. Then finally, a smaller, yet still fun size WNW-NW swell possible for the 18th-20th.

The event will be broadcast LIVE via WorldSurfLeague.com, the WSL app and on Facebook LIVE via the WSL’s Facebook page. Also check local listings for coverage on CBS Sports Network in the U.S., the Spectrum SURF Channel in Hawaii, Fox Sports in Australia, ESPN in Brazil, Sky NZ in New Zealand, SFR Sports in France and Portugal,Sport TV in Portugal and the EDGEsport Network.