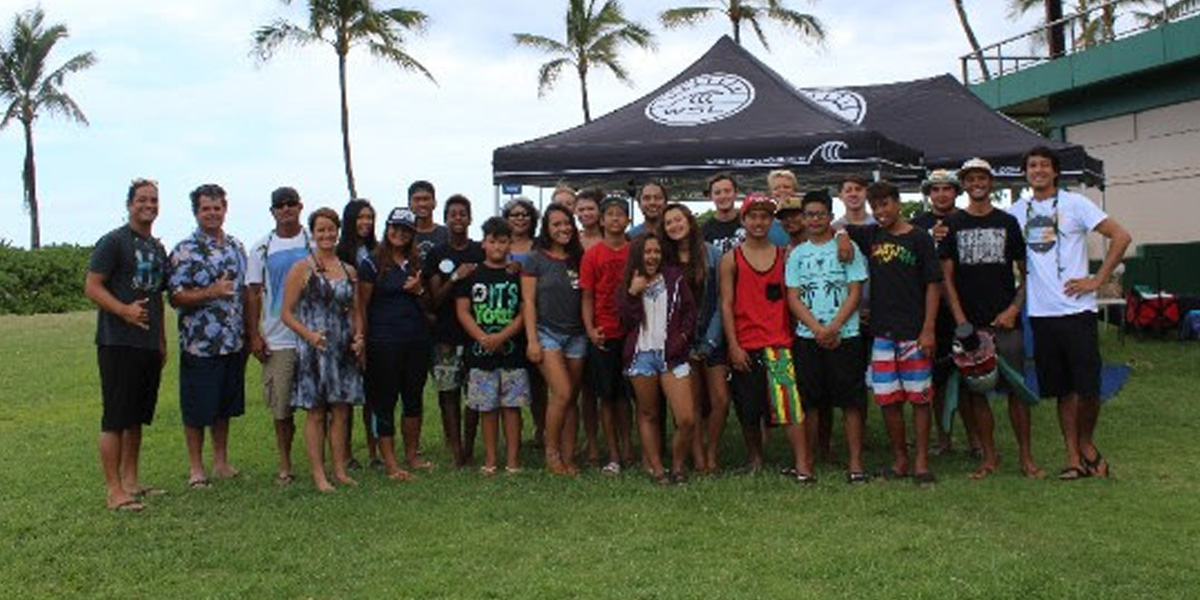 Haleiwa, Oahu, HAWAII – (Monday, May 16, 2016) — WSL Hawaii was very proud to host a career day experience on Saturday, May 14, for Kamehameha and Farrington high school surf team members. Gathering at Haleiwa Ali’i Beach Park, the event introduced young surfer/scholars to the vast variety of job opportunities available in the surfing industry today, and sought to stoke the flame of education, community, culture and ultimately, career prospects.

Topics ranged from waterman skills and the importance of ocean safety, to photography and digital media tips, internship opportunities and job options beyond a competitive surf career. 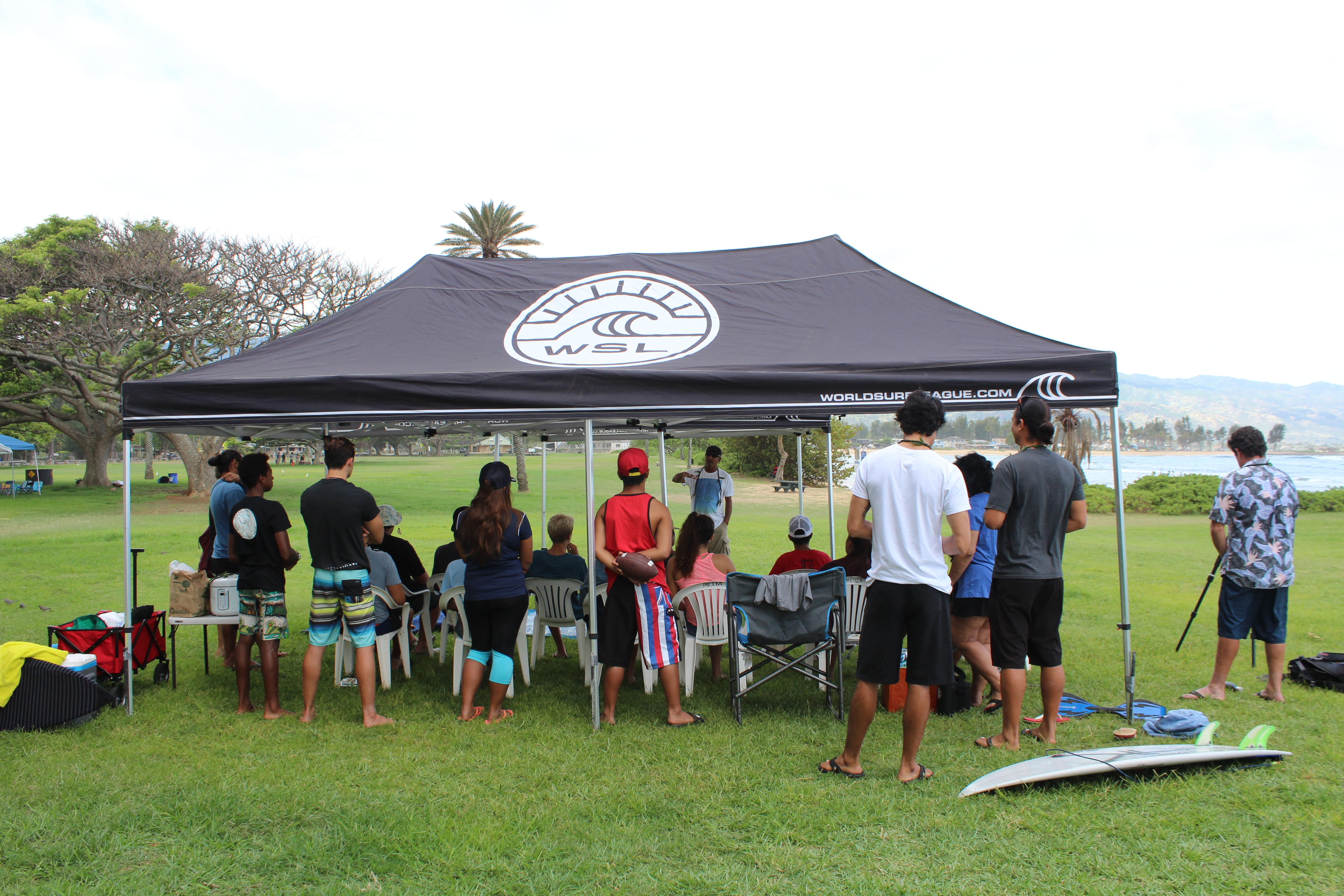 Mark Dombroski speaks to the group on lifeguarding, Eddie Aikau and his commitment to water safety.

A few highlights of the day included Dombroski’s shared experiences working and training alongside Hawaiian legend and waterman Eddie Aikau. Serving as lifeguards at one of the most dangerous beaches in the world – Waimea Bay – Dombroski explained the commitment and passion he saw in Aikau, and how as surfers, this can translate to a fulfilling career in and around the ocean. Big wave surfer and renowned lifeguard Aikau was of the first to legitimize a job in lifeguarding, which Dombroski made his life and livelihood for over 40 years.

The Freesurf magazine team, which included senior photographer and photo editor Tony Heff, Board Stories host and video editor Chris Latronic, and staff photographer and social media manager Keoki Saguibo, captured the students’ attention by reliving their experiences at the recent Quiksilver in Memory of Eddie Aikau Big-Wave Invitational. Since majority of the students were highly intrigued by a career in digital arts, the stories of Heff and Saguibo’s experiences in the water at Waimea Bay – during one of the biggest rideable swells ever to hit Waimea Bay – captivated the audience. 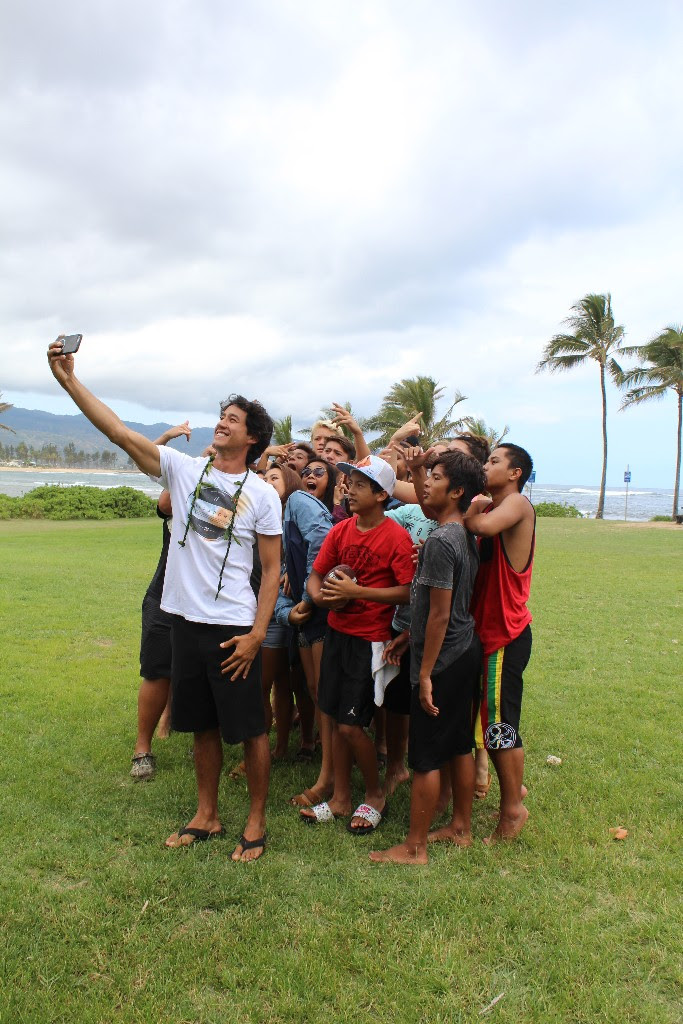 Freesurf’s photo editor Tony Heff poses for a selfie with the student/surfers.
After the talk story sessions, the juniors learned about opportunities in surf mentoring of the physically impaired via non profit AccesSurf Hawaii and former World Tour competitor and Billabong surf team coach Rainos Hayes. 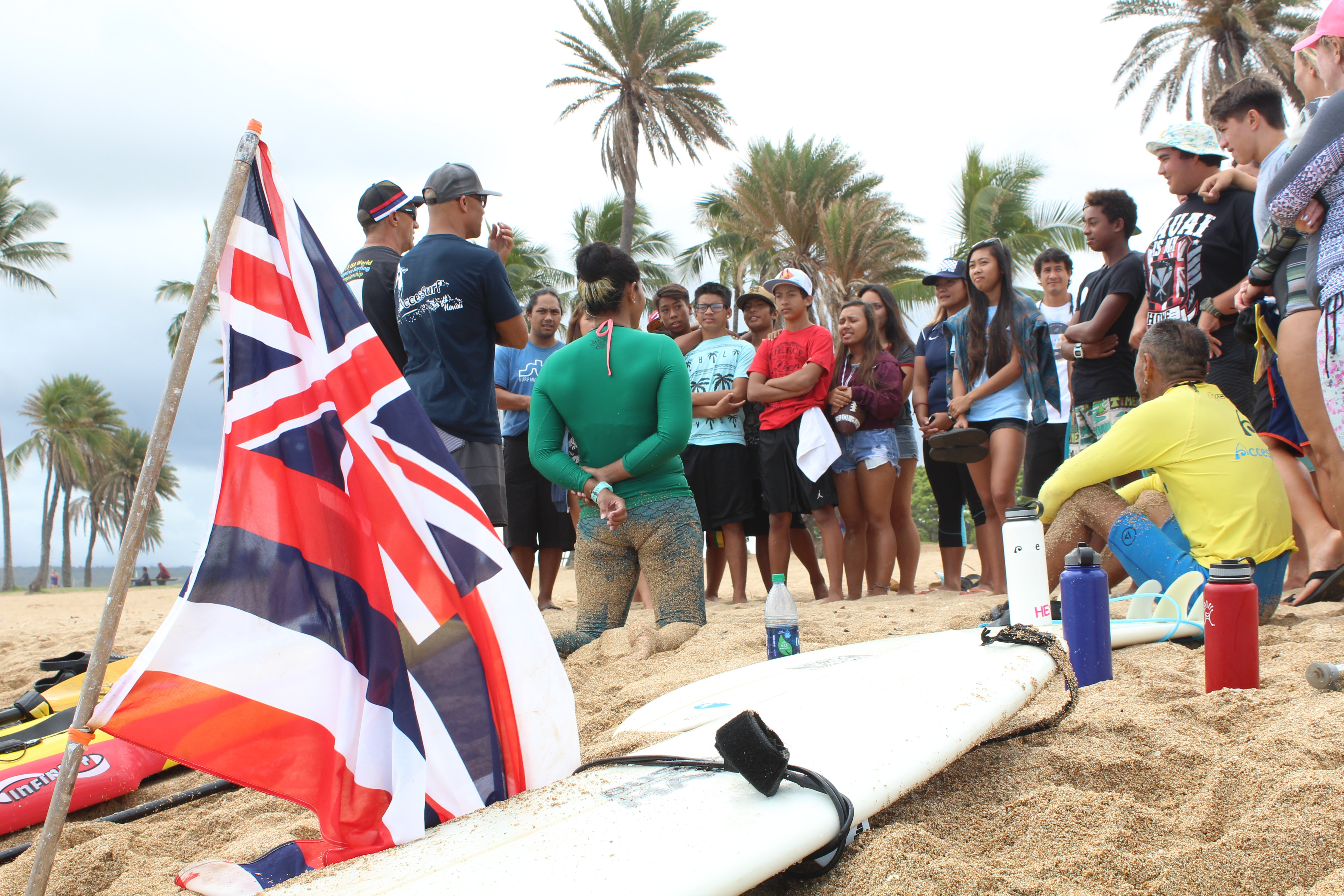 Rainos Hayes and the AcesSurf group prepare for a surf session at Haleiwa.

A beach park clean up sparked the surfers’ competitive spirit by awarding those with the most trash picked up a signature Vans Triple Crown of Surfing beach towel. As a sign of gratitude and aloha, Kamehameha Surf coach Lea Arce led the students in a traditional Hawaiian oli (chant) to thank WSL Hawaii and presented speakers with hand-woven Hawaiian leis.

Mahalo to the volunteers who made this Career Day possible! And sincere best wishes to the Kamehameha and Farrington School Surf Teams as they continue to push toward surfing and academic excellence. WSL Hawaii is a proponent of kids, culture and community and hopes to see a future world champion emerge from the junior leagues of the region. WSL is proud to support surfing, perpetuate a healthy lifestyle, and afford local kids the opportunity to work in the professional industry.