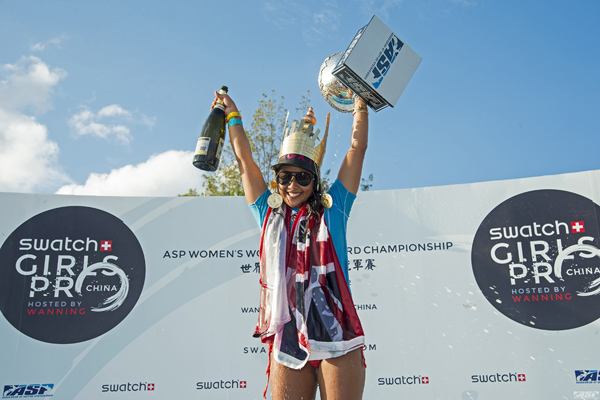 This is ROXY’s ninth World Title – making the ROXY team the most successful female brand team in ASP history.

Moniz, a Hawaii native, faced Australia’s Chelsea Williams, the defending event champion. Of the win, Kelia stated, “I am so incredibly excited about this awesome win. To defeat the defending champion, I knew I would have to surf my very best and I cannot believe I did it. I am the World Champion!”

ROXY Director of Sports Marketing Karin Moran Kendrick said, “ROXY is very excited about Kelia’s win – she is an amazing part of our team. We all knew this day would come, Kelia is an amazing surfer with so much style and grace, and it was only a matter of time until she won this event. We are also extremely proud that this is our ninth ASP World Championship Title.”

Roxy surfers will continue to lead the way in women’s professional surfing in March at the Roxy Pro Gold Coast, Australia.