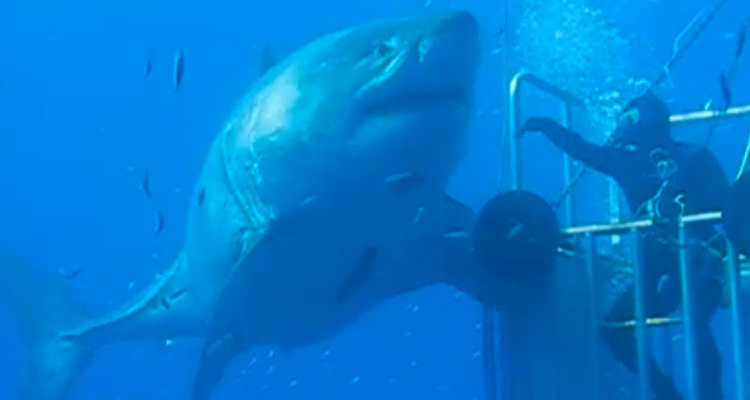 A Mexican shark researcher has been filmed high-fiving the fin of an enormous great white shark.

In a video posted online by Dr Mauricio Hoyos Padilla this week, the conservationist appears to leave the safety of a submerged cage to touch the giant predator.

The bloated shark flashes its rows of razor sharp teeth as it closes in on Dr Padilla before swimming away amid a school of much faster swimming fish.

The scientist said it was “the biggest white shark ever seen”.

The footage appears to be new but taken from video shot near Guadalupe Island in Mexico’s Baja California state as part of a Discovery Channel documentary late last year.

Dr Padilla wrote that on Facebook on Tuesday that he will be returning to the island where he has studied sharks before in two months.

The new footage has become an immediate hit, amassing more than 700,000 views in less than 24 hours.