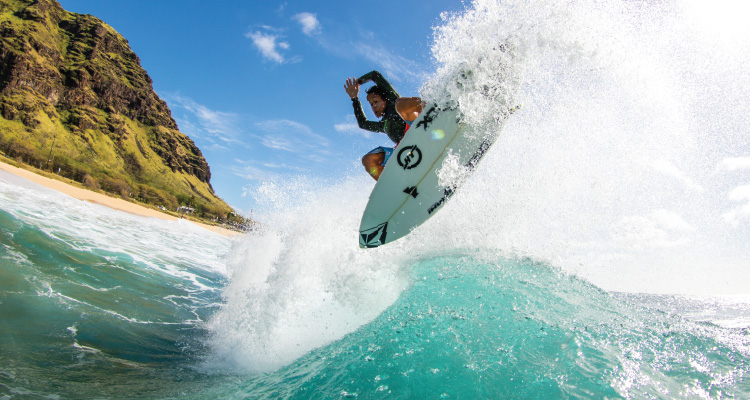 It was actually a pretty flat day around the whole island, but Jason Shibata was picking up little Jackson Bunch from Maui, so I picked up Keanu Taylor from his house on the North Shore. We all headed out to try and get some grom shots.

After searching for some waves for a while, we ended up around the corner from Sandy Beach… with nobody else out. So Jackson, Anu and Reo Inaba took turns launching. I was stoked to get this sequence, a d sent it to Freesurf’s photo editor right away, but I wasn’t expecting to get the cover.

I am really happy for Jackson, he is such a good kid! And very talented as well. I’m claiming him as one of the best under 12 surfers in the world! We will be seeing a lot more of Jackson Bunch in the future.