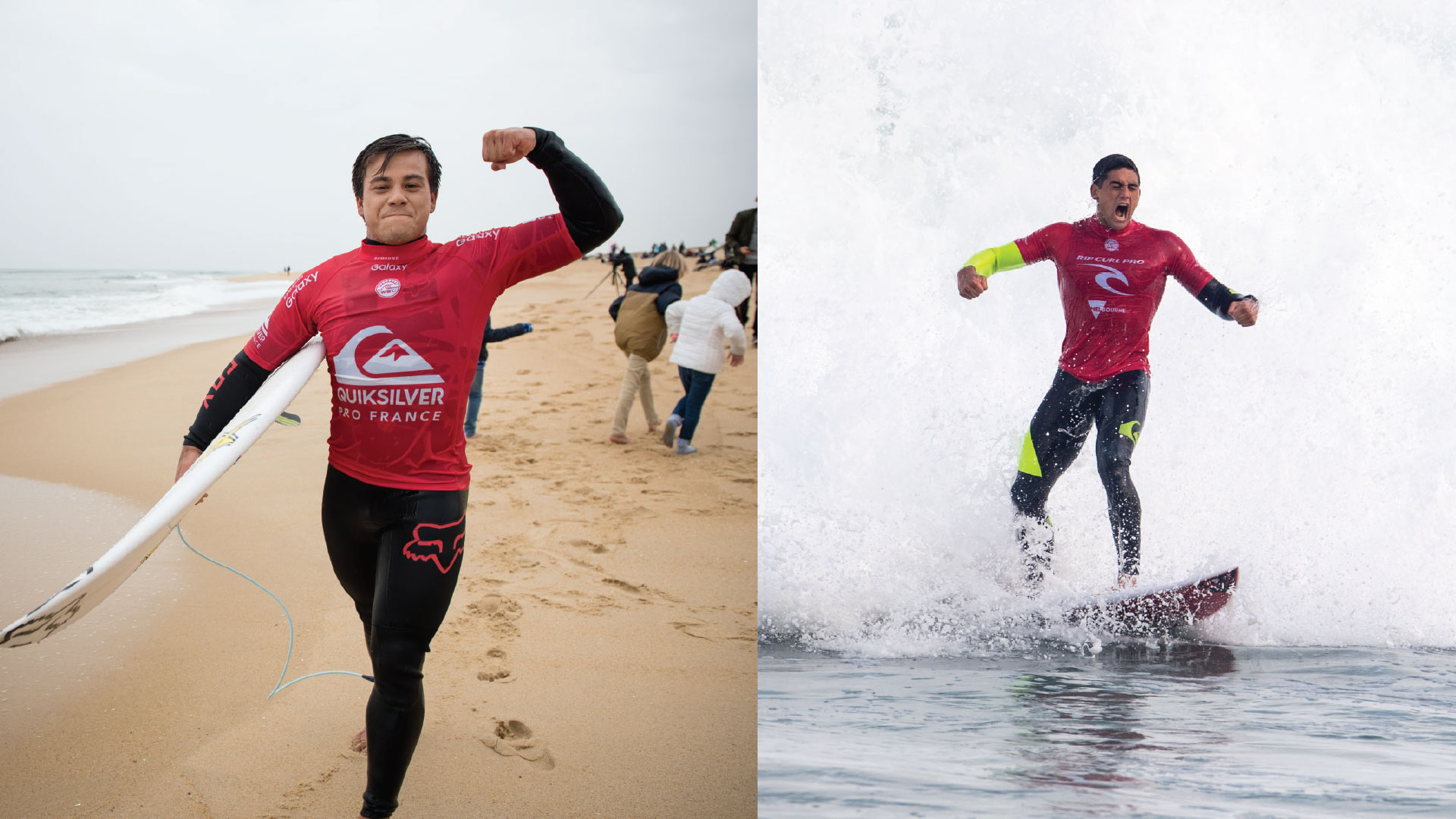 Heading into the 2017 Vans Triple Crown of Surfing, Hawaiians Keanu Asing and Ezekiel Lau found themselves in similar positions. While Lau had competed for the first time on the WSL Championship Tour throughout the year and Asing had been grinding out wins on the Qualifying Series, both needed to finish in the Top 10 of the QS in order to requalify for the 2018 CT. Before the VTCS kicked off, their unified goal was within reach, but after early exits at the final two QS events of the year – the Hawaiian Pro at Haleiwa and the Vans World Cup of Surfing at Sunset – the close friends could only watch and hope that they would still land in the Top 10. After the conclusion of the Vans World Cup and the 2017 QS season, Asing and Lau were seen spraying beer on each other in celebration: they had requalified. Here’s how it all went down.

Keanu Asing: The process was of requalification was pretty interesting. I had a really rough winter season competing, because I didn’t make any heats. I went to the Hawaiian Pro at Haleiwa and thought I was going to do well there, but after my heat [loss], I was really frustrated. My emotions through the roof every event.

Ezekiel Lau: I won the HIC Pro, and after that, I showed up for the Hawaiian Pro ready to compete and I lost my first heat. Keanu lost his first heat too. I said scratch that, whatever, we’ll make a couple heats at the Vans World Cup at Sunset and be good. We showed up at Sunset and the conditions were looking difficult. Keanu said ‘you know what, either it’s going to happen or it’s not going to happen and you’re going to have to live with it.’ It didn’t happen for both of us that day.

Asing: Zeke was in the heat before me at Sunset, and he lost. I went into my heat and I didn’t know what was going on. I couldn’t find waves and I was falling. Right after, we were on the bike path, saying things like what happened to us? What do we do? We’re the last 2 Hawaiians standing and we just blew it. Our whole state of Hawaii is going to be disappointed in the both of us.

Lau: [On Finals day] Keanu was doing other things, and I sat on the couch and watched the contest all day.

Asing: Zeke would call me or I would call him after Round 4, Quarters and Semis. We needed certain guys to not keep progressing through heats, and Zeke would call me and say ‘ok we have this guy coming up, we have to hope this guy doesn’t have a good heat’. So after every round, we kept calling each other. After the Final, he facetimed me saying ‘I think we made it, we finished 9 and 10’ and then the WSL put it up. We were both so relieved. For me and Zeke to have that close friendship… growing up surfing doing amateur events together, we set goals to be on Tour together. My first two years on Tour, he wasn’t and I fell off when he made it on Tour. For us to share that together was a pretty special moment.

Lau: We’re already planning ahead, which spots on Tour we want to stay together. We’ll naturally link up wherever we go. I’m looking forward to that next year.