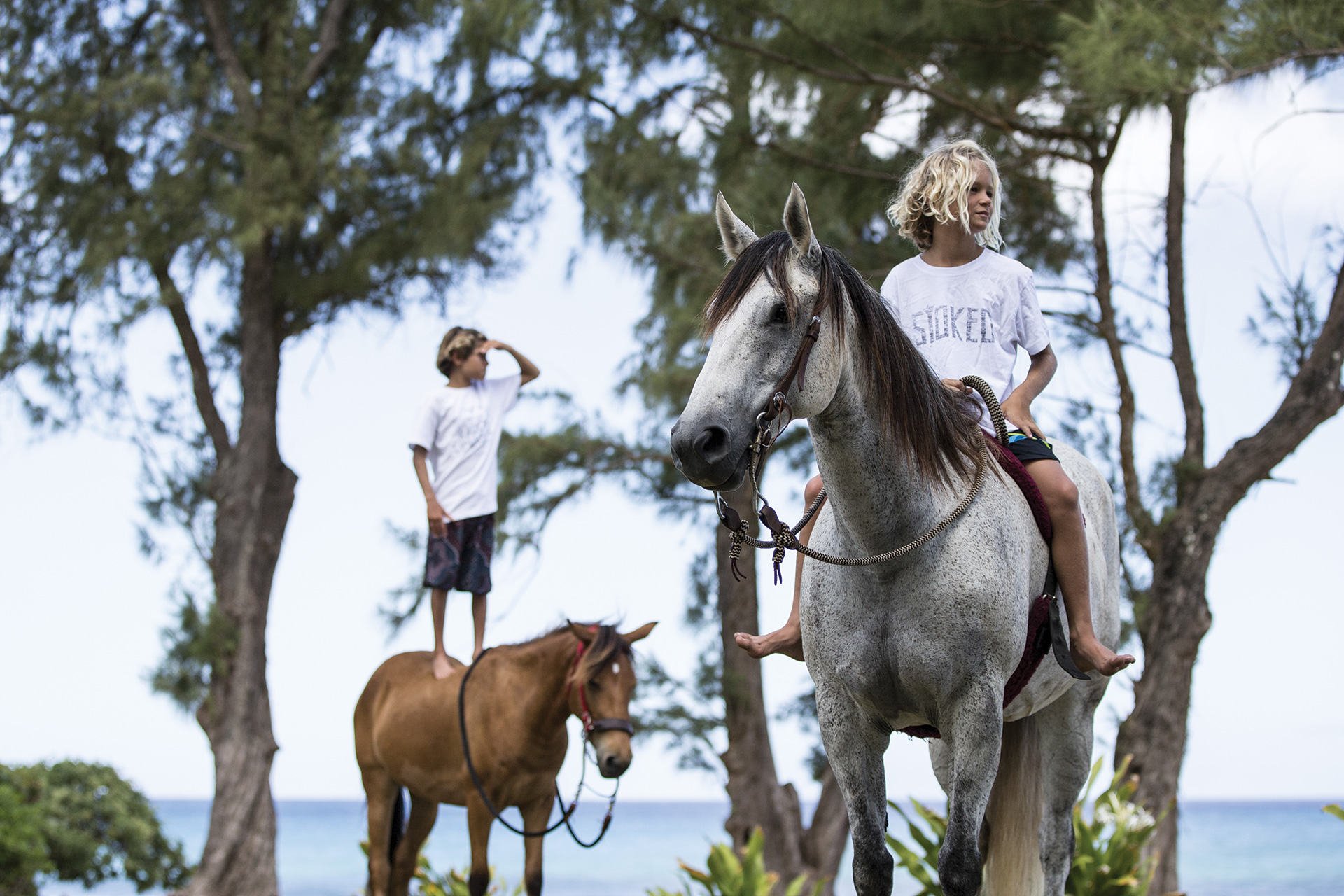 With windblown, wild hair, and nearly permanent grins on their bronzed faces, a pair of quintessential North Shore groms are beginning to make their mark in surfing. Meet Kona and Kaden Russi. These kids rip, and they also know how to mix in the fun, taking to myriad outdoor activities typical of Hawai`i’s keiki.

Stoked to blaze bikes down Pupukea’s mountain trails, thrash coping at Banzai Skatepark or sand-slide the shorebreak at Monster Mush with friends, these bold brothers don’t know the meaning of downtime. And when the waves turn on at Rocky Point-their backyard playground-their stylish surfing and miniature stature starkly stand out. In fact, the boys have already attracted sponsorship from Vissla, Vertra, Futures, Schaper Hawaii, and North Shore Surf Shop–and before they’ve even graduated grade school.

At twelve years old, regular-footed Kona’s surfing mirrors that of his eleven-year-old brother, Kaden, who surfs with his right foot forward. Despite sharing stickers and a similar aesthetic, Kaden claims he’s on the “quads for life” program and fervently hunts sections, while big brother Kona takes a more traditional, natural-foot-on-a-thruster approach. In person, Kona is a little more reserved, Kaden more outspoken. Guts, form, and hyperactive energy levels are shared characteristics. To boot, the brothers are stalwart students at Sunset Beach Elementary, respectful of their elders, and friendly, adding likeability to their array of attributes.

Kona and Kaden’s solid foundation for success rests on heritage too. Strong roots can help grow dreams into reality, and their father, Jim Russi, is a world-renowned surf photographer who has spent decades documenting world-class surfing. You could say he knows a thing or two about style. Rather than adding to the ever-present pressure inherent to surfing the proving grounds of our sport, Jim likes to watch (and shoot) from the sidelines, encouraging, critiquing, and documenting his boys in a relatively passive–yet productive–manner. Duly noted, Jim.

While we at Freesurf await an exciting future for the brotherly duo, we caught up with them recently to pick their brains, touching on the Vans Triple Crown, title guesses, and John John Florence.

Where is your favorite spot?
Kaden: I would have to say Rocky Lefts.
Kona Boy: Gas Chambers

What’s the funnest thing about surfing?
Kaden: Getting pounded.
Kona: Surfing with all your friends.

Goals to achieve before high school graduation?
Kaden: I hope to get barreled on at least one firing day out at Pipeline.
Kona: I want to go to Waco, Texas and surf BSR Cable Park and stick a big air. 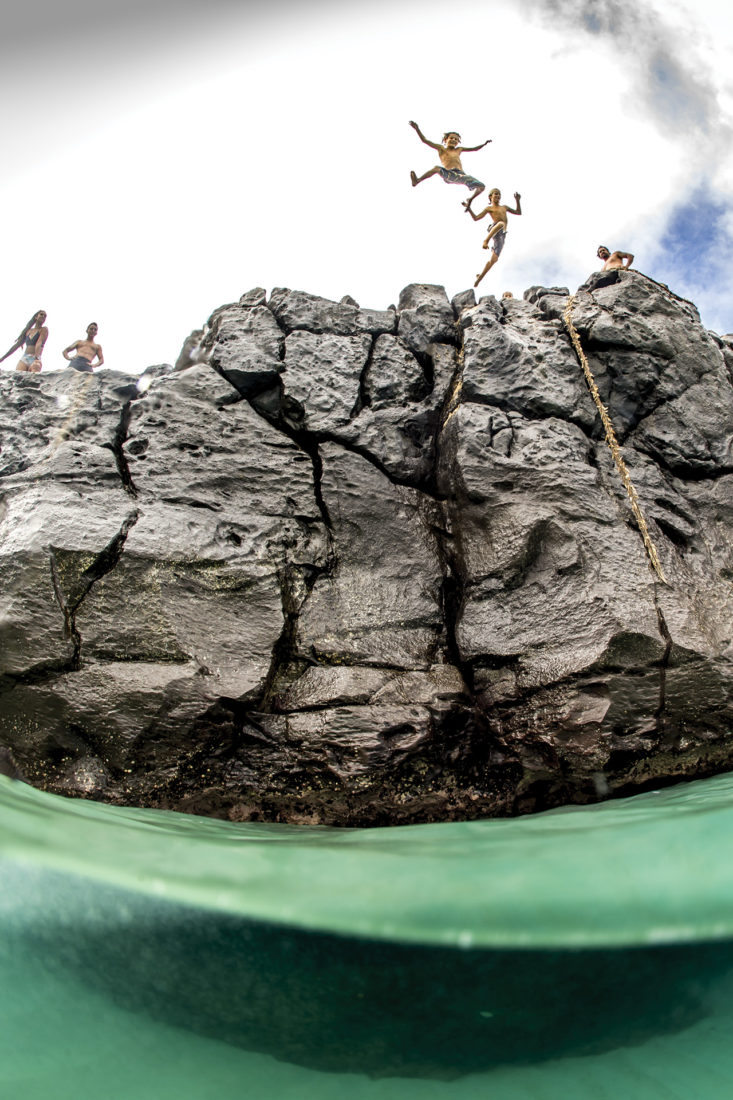 What about him do you admire the most?
Kaden: He’s very kind, and rips.
Kona: The airs and the turns he does are crazy!

Goals for this winter season?
Kaden: Surfing bigger waves…so I can start going on [gnarlier] surf trips with my dad.
Kona: I would like to start surfing some bigger waves this winter.

Lefts or rights?
Kaden: Lefts.
Kona: Rights all the way.

Last words or any advice you want to give to our readers?
Kaden: Always be kind, and practice if you want to achieve your goals.
Kona: If the wave breaks here, don’t be there…or you’re gonna get drilled!