The first-ever, official event at the WSL Surf Ranch, in front of a sellout crowd, was a showcase of incredible surfing and competition as the world’s best female and male surfers battled in teams for their home countries.

Highlighting how globally strong the sport of surfing is, it was the combined World Team who took an incredibly tight win ahead of Brazil in 2nd, USA in 3rd, Australia in 4th and Europe in 5th.

Heading into the last heat of the Final, Brazil held the lead and the World Team needed a big performance from Smith on his last wave as he came up against USA Team Captain Kelly Slater and Filipe Toledo of the Brazil Team. Under pressure, Smith delivered a phenomenal final ride to earn the required score for the Team’s victory at the Founders’ Cup of Surfing.

“It’s an incredible feeling to win as a team,” said Smith. “That was a wild few days and this just leaves room for bigger and better things to come. We’ve been talking about it as a team all weekend, and you can’t leave anything on the table when it comes to Finals Day. You just let it all hang out and enjoy it, and if you can pull that off you’ll walk away with a win. I think all week long we’ve been the underdogs and determination got us through it. Collectively, we just held our confidence up the whole time and supported each other all the way.”

The stunning World Team’s victory saw all five surfers perform amazing feats in the Final against the star-studded USA and Brazil teams. In the Qualifying rounds, the World Team actually finished in Equal 3rd place with Australia, which then forced a surf-off in order to advance. The sudden-death matchup against Australia saw Hareb clinch the win to qualify her team for the Final that eventually opened the door for their first-place result.

“The last two days have been so surreal and it’s still sinking in,” Hareb said. “The win came from nowhere I feel like and it’s the perfect ending to such a fun week. I am so proud to represent this team alongside Jordy (Smith), Bianca (Buitendag), Michel (Bourez), and Kanoa (Igarashi).” 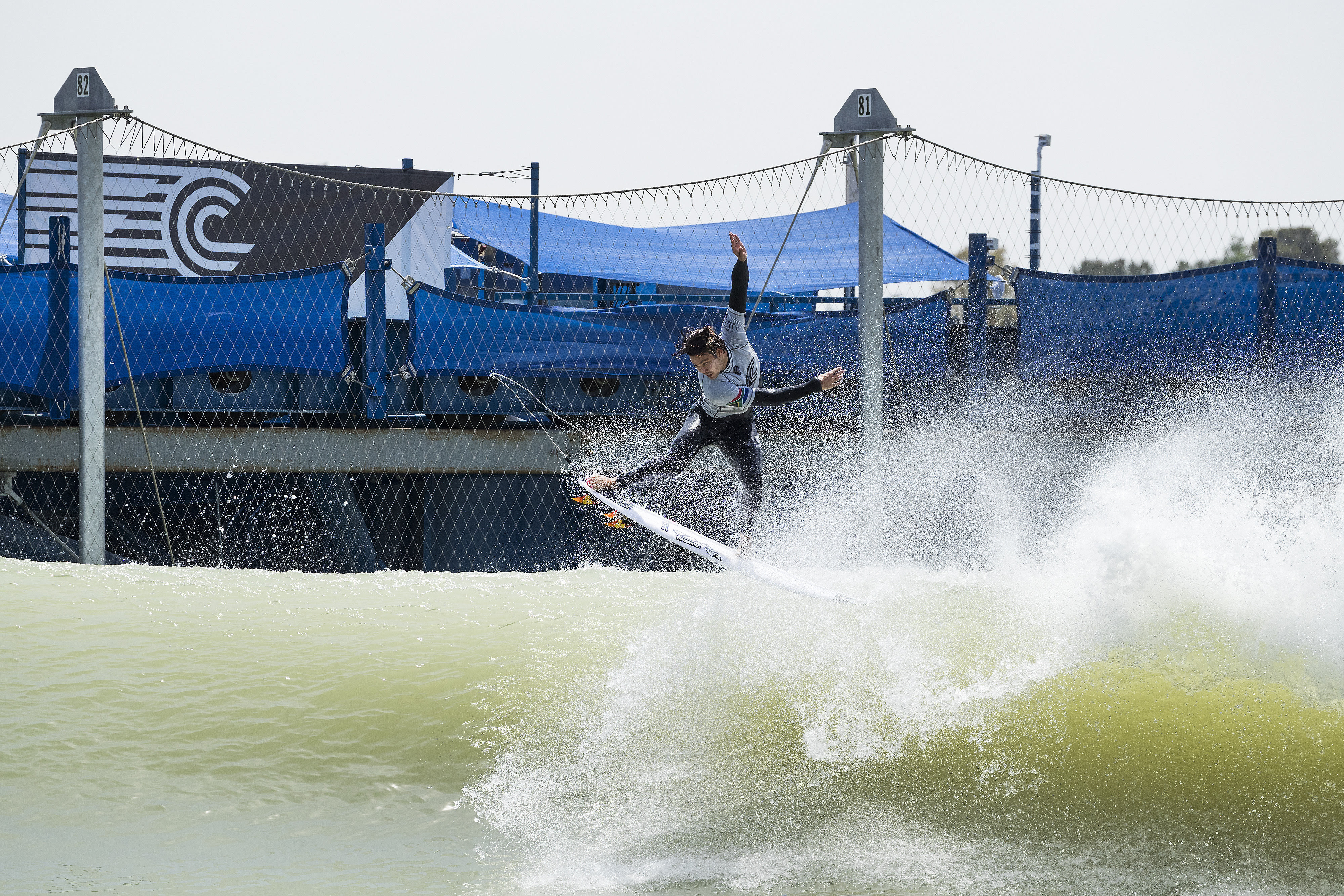 “The team vibe was great and everyone was just pushing each other to do better,” Medina said. “I’m really happy with how we performed, even though it’s disappointing to come up short. We surfed really good as a team and it was a really fun event to show what we could do. It’s good to share this moment and have everyone talking to each other, especially with Taina [Hinckel] being so young. We’re so used to all the pressure, but it’s all new for her and we showed her a lot of support so hopefully, when she gets here in the future, she’ll be ready for this amazing atmosphere.”

Despite coming in second, the Brazil Team acquired the event’s highest single-wave scores and broke new ground at the WSL Surf Ranch. Toledo earned a Perfect 10 for his team, which also earned him the Jeep Best Ride Award for having the top-scoring wave of the contest. Toledo will drive out of Lemoore in the award’s prize, the 2018 Jeep Wrangler.

“It’s such an honor to be a part of surfing’s future and represent Brazil,” Toledo said. “Gabriel Medina, John Florence and I talked about how amazing it was to surf as teams. We were really tight together and the team had your back the whole way through supporting you. It was just an incredible experience and it’s something we will always remember.” 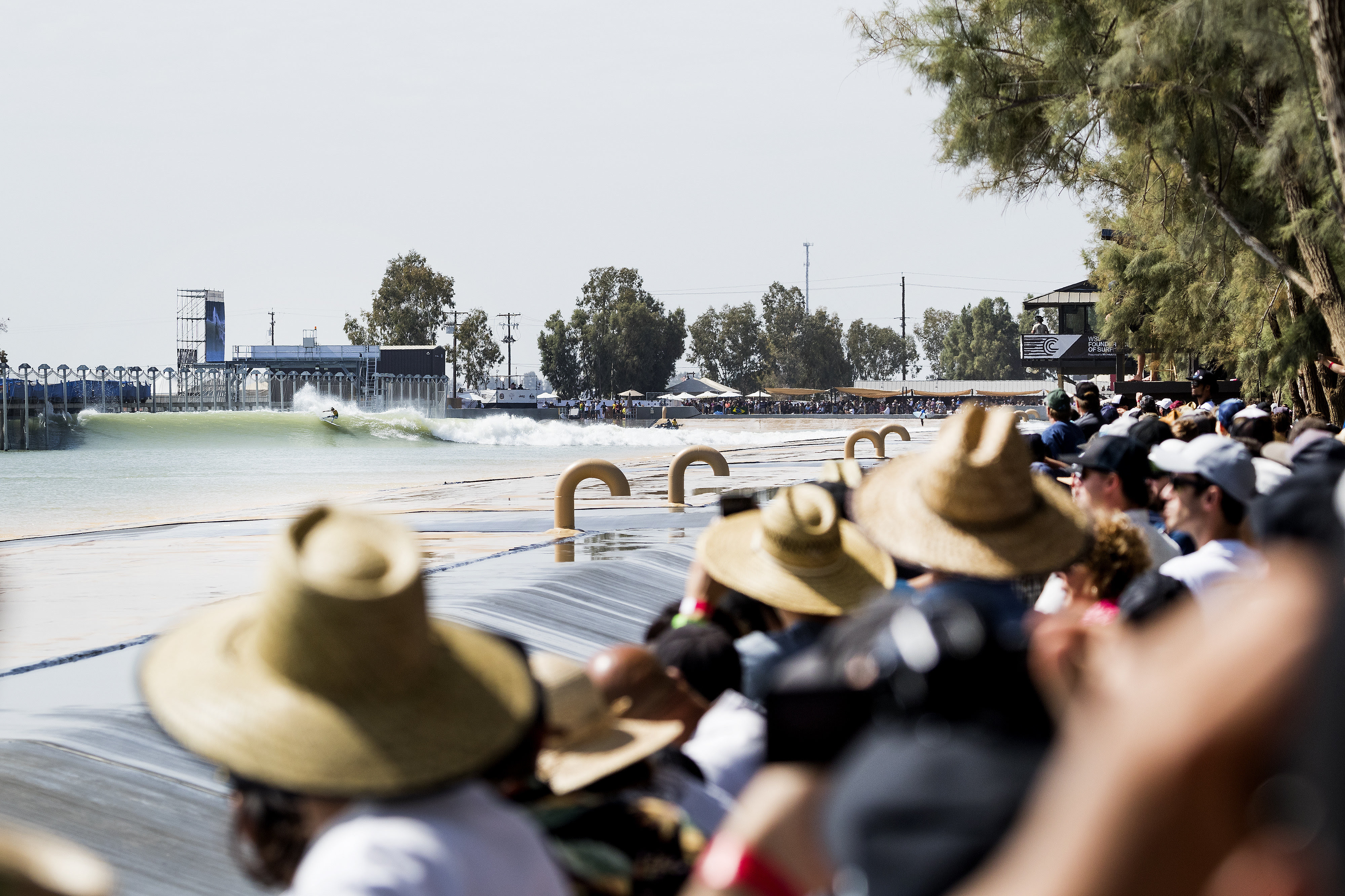 “This wave is just unbelievable and I wanted to stay in that barrel as long as I could, just going so fast,” Lima said. “It was such a great experience. We had a lot of fun together and we supported each other the whole way. I’m really proud of this team and what we did to get to that Final, and we almost won it, but I think it was the best time to surf for Brazil.”

USA Team looked unstoppable after an incredible opening day had them in 1st place by over five points, but their performance in the Finals lacked the flair of the other teams. Team Captain Slater went extremely close to forcing a surf-off against the World Team on his final wave as he required a 9.27 ride to draw level with World Team. Slater surfed incredibly on the final ride but missed the score by only 0.2 points.

“I think it was a huge success,” Slater said. “Everybody had a good time, from those who didn’t know what was going on, to the die-hard surf fans. I think it translated well to everyone and there were a lot of smiles to be had. The other teams came together a little bit better in the end maybe, we were pretty cohesive, but they had the better plan to the Finals approach. When the situation lined up on my part it was a cool thing just knowing my wave would push us into a tie with Brazil or the World Team would win — which them doing so was terrific and really represents what we were doing here as a whole.”

John John Florence’s desperate attempts to defeat Medina in the Final fell short, but the two-time WSL Champion still claimed the event’s Quiksilver Best Air Award with his brilliant 9.80 in his second run on Saturday. Lakey Peterson’s consistent surfing helped earn the USA’s only Final heat win after Carissa Moore fell short to Lima with an 8.77. But, Moore’s overall event experience was one of the team’s best weapons and was a clear standout all weekend.

“You really just wanted to do well for your team and we would’ve loved to win, but it was such a fun experience competing together,” Moore said. “Kelly (Slater) was so close, I think all he needed to do was a turn and I’m glad he pushed it. That’s how this sport is going to get better. I’m just going to really remember being part of a team and the whole experience. To be a part of the first WSL Surf Ranch event and witness the fans here was incredible, and it’s something I’ll never forget.”

“It was an incredible event and even though it’s a little disappointing to not be in the Final, it was cool to be here and see how it all works,” Gilmore said. “To see the fans out here and how the team aspect comes into play was really positive. This opens the floodgates into a whole new realm of arenas and events in controlled conditions. But, as long as there’s a really good balance between this and the ocean, I think the two will complement each other really well.” 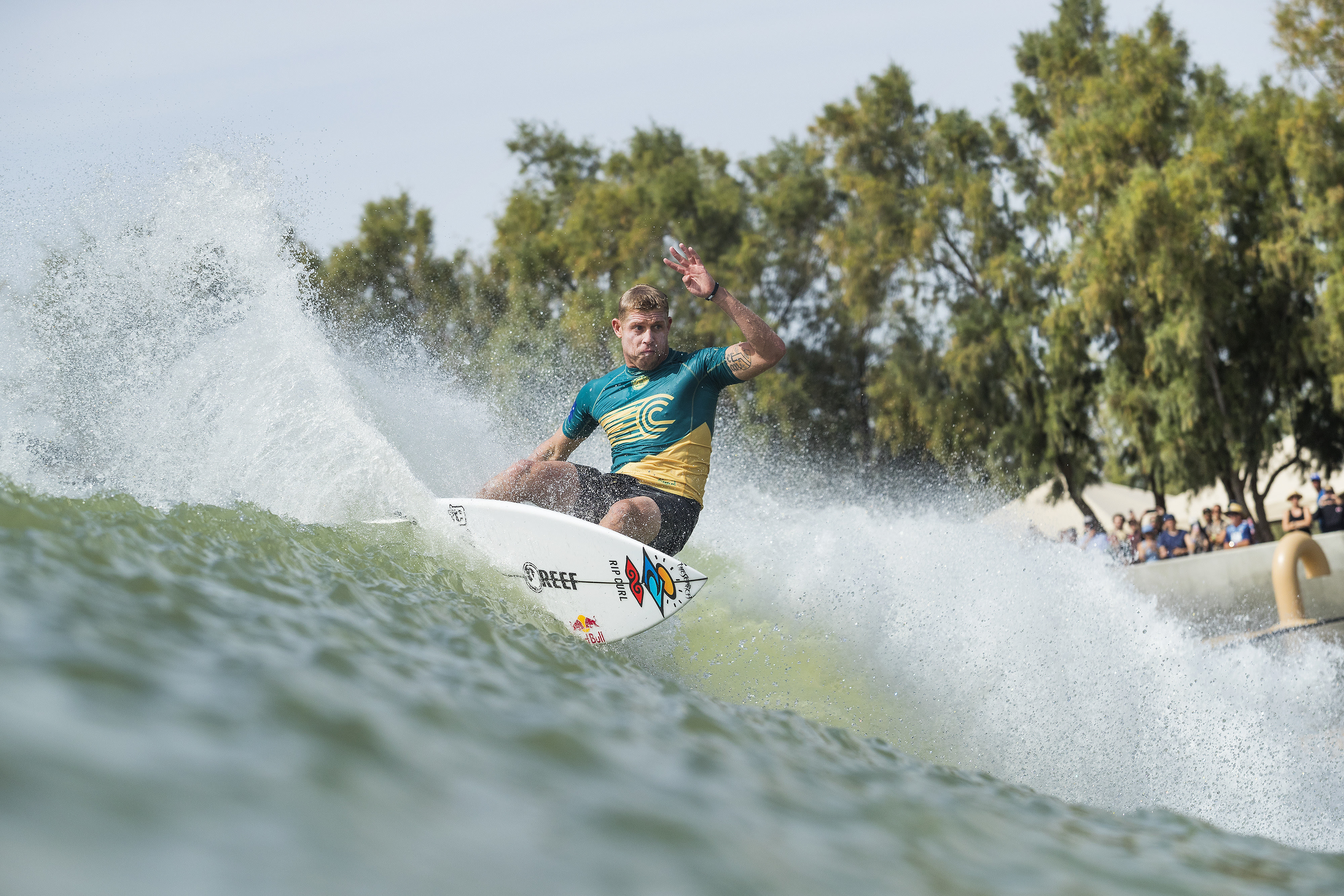 Earlier this morning, Europe Team’s Run 3 did not help them improve the needed scores to receive a Finals spot and saw them finish in fifth on the Jeep Leaderboard. Team CaptainJohanne Defay scored two 7-point rides alongside Portugal’s Frederico Morais. Jeremy Flores and Leonardo Fioravanti had standout barrel rides but did not have the opportunity to continue into the Final. Frankie Harrer struggled to keep pace but is excited to return to the WSL Surf Ranch to continue to gain more experience.

“It was really good vibes and it’s new for everyone so we were all so excited, and I really enjoyed it,” Defay said. “I don’t feel like I left everything in the water which is really frustrating for myself, but everyone was great about cheering each other on and being supportive. It’s a bummer I couldn’t put more points on the table. There are so many things to take from, but it’s another dynamic to put a team first and the whole weekend will be in the mind of these surfers for years to come.”