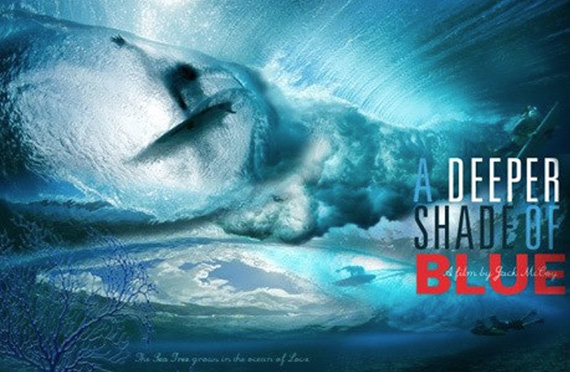 Attend the red carpet premiere of Jack McCoy’s new film, “A Deeper Shade of Blue.” 5:30 pm, Feb 6th at the Hilton Hawaiian Village. If you can’t make it, it will premiere in the US on March 28th. Buy tickets to the premiere online here.

A Deeper Shade of Blue is the award-winning new film from legendary surfing film maker Jack McCoy, the man behind cult titles such as Occy the Occumentary and Blue Horizon, and one of the most respected film makers in the industry.

Set to inspire, educate and update, the much-anticipated release is the most comprehensive story of surfing ever told. The biggest film of McCoy’s career, A Deeper Shade of Blue combines innovative cinematography techniques with a unique narrative structure, to uncover and encapsulate the history and culture of surfing like never before. Not a ‘surf movie’ but a film about the art’s deepest roots, it tells the story of surfing as Hawaii’s greatest gift to the world, from its ancient beginnings to a Waikiki tourist attraction, all the way through to today’s $6 billion-a-year global industry.

Told in eleven cleverly entwined chapters and featuring narratives from today’s leading surfers Jordy Smith, Jamie O’Brien and Stephanie Gilmore, the film describes the evolution of surfboards, from wooden blanks in Hawaii to today’s mind-blowing inventions for every type of wave.

It also describes how two female surfers played a hugely significant part in surfing’s rise to worldwide fame – Hawaiian Princess Kaiulani who resurrected surfing in the late 1800s after a Missionary ban, and Malibu surfing legend ‘Gidget’ who brought surfing to the masses in the late 1950s through a movie and TV shows. Before Gidget burst into the mass media, there were less than a thousand surfers in the world.

Set to inspire and move surf fanatics and non-surfers alike, A Deeper Shade of Blue is backed by an exhilarating soundtrack from the likes of Foo Fighters, Coldplay, Jack Johnson and Paul McCartney, and features ground-breaking camerawork to bring viewers an unprecedented experience of the waves, enabling them to see and feel the waves as only a surfer can.