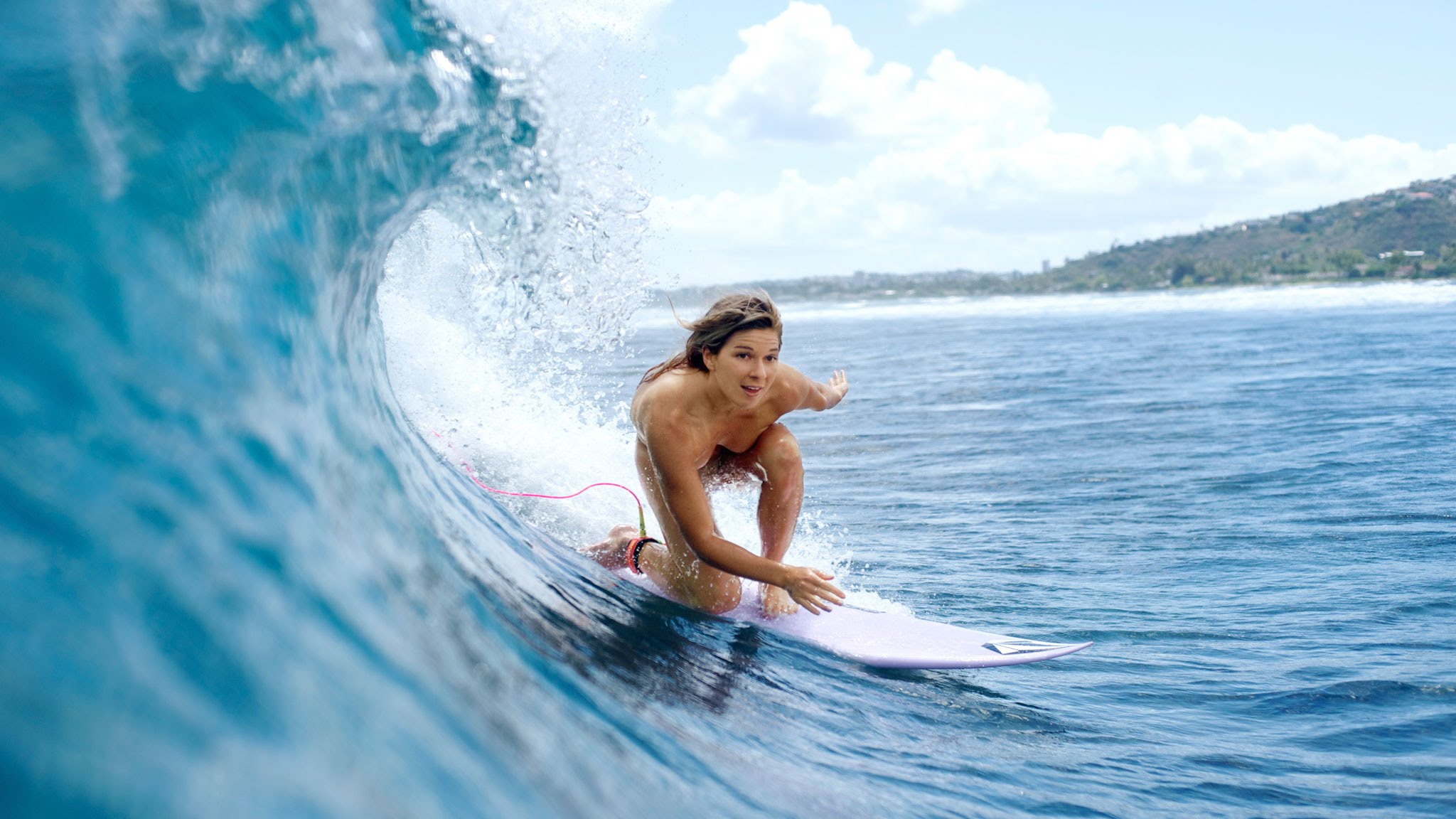 Coco Ho steals the show in the new ESPN Body Issue. ” ESPN The Magazine #bodyissue on stands today!!! All the support and kind words have been so appreciated:) ” Coco responds.  All Photography: Morgan Maassen. Go behind the scenes on the making of ESPN The Magazine’s 2014 Body Issue featuring Coco Ho.

This is an online preview  from ESPN The Magazine’s Body Issue 2014, which hits newsstands July 11.

Being on a wave is as cool as it looks. You get to surf however you want to, and that’s one of the most beautiful things about it. For me, it’s all about opening up my turns and making my movements more powerful — just using the whole wave.

My legs definitely took time to accept. When I was younger, everyone would always ask if I was a gymnast because of my stature. And I used to think that the word “muscular” was not a good thing for a girl. But as I grew into my own and became an athlete, I became more and more appreciative of them. They help me be as powerful as I am in competition. It’s beautiful to be strong.

I come from a really heavy surf family. My uncle Derek was the first male Hawaiian world champ. My dad was a two-time Triple Crown [winner] — that’s like our world title here in Hawaii. My brother has been competing for as long as I have. Having everyone in surfing was nothing but support — and good advice.

I’m a people person. Definitely the social factor of surfing appealed to me when I was younger. The surf is where everyone went after school [in Hawaii] — to paddle out and catch a wave with all your best friends.

“Wow, this could be a career?” I couldn’t believe it.

Surfers’ muscles are crazy unbalanced. We’re really back-footed, so one side is a lot stronger than the other. You push a lot with your back foot but you’re leaning a lot with your front foot, and that causes a big imbalance with the muscles.
To surf well you have to be relaxed and excited at the same time. It’s really about having an open mind.

I think I can do anything on any board. You already have that natural feel. I can skateboard really easily, it translates really well. I was playing around on a skateboard before I ever got into the water. But you’re so much happier when you’re falling in the ocean instead of on cement.

My dad still travels with me. It’s cool because he’s already competed there like 20 years ago. Every wave, he has some knowledge or story or advice about it. That’s really special. I don’t think a lot of athletes have that.
I could improve my paddling. I look strong, but I definitely don’t have the endurance. I couldn’t swim for six hours like some people.

I can turn myself into a little ball. I can do back bends and I forward bend where my toes come around and my back end can touch my forehead. Unfortunately, being crazy flexible is not something that translates perfectly to surfing.
Since social media has become so big, body image has taken a downward spiral. Especially in surfing, because we’re in bikinis all day, we’re really critiqued. After a competition, social media will just be talking about who looked better in a bikini instead of who surfed better. It’s not even about the results anymore, so much is body. And that’s really frustrating at times.

Two years ago, in Western Australia, my leash got stuck on a reef and I was held down underwater. I didn’t think that far ahead to think “This might be it for me.” I was just thinking, “How do I get out of this?” It was pretty traumatic and I still had to compete. I didn’t do too well.

I want people to be able to embrace being strong. It is feminine and it is beautiful.