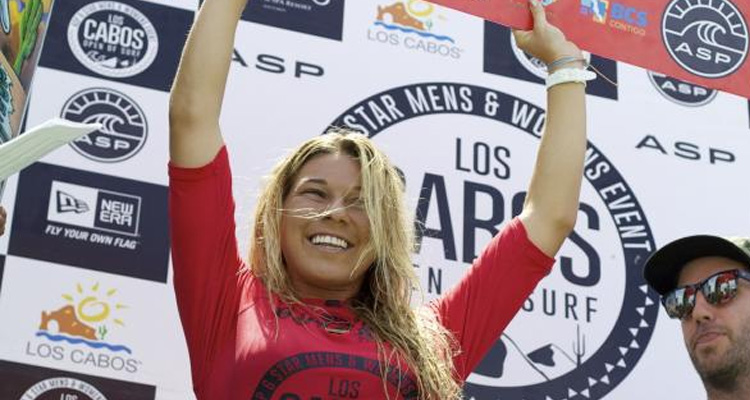 Banting opened his victory strike with a 7.00 in the all-Australian Final that pit him against Dion Atkinson, 28. And while Atkinson fought hard, he was unable to find the scores needed to top Banting, who built momentum throughout the heat.

“We had great conditions and it’s a great system with the new priority, it’s a lot more surfing,” Banting said. “If you told me I was going to make the Final hopping on the plane, I wouldn’t have expected it. To take the 25 grand and be here in Cabo for one last night, it’s amazing!”

Banting’s win at the Los Cabos Open of Surf marks his second ASP 6-Star win this season, placing him in excellent position to qualify for the 2015 World Championship Tour (WCT). While the regular-footer was elated with the victory, he remains focused on the road ahead.

“It’s a long year to go, but to get two 6-Star wins feels amazing,” Banting said. “I just hope I can stay consistent and get a few strong results in the upcoming Primes.”

“It feels great to make the Final,” Atkinson said. “If someone told me I was going to finish second when I was getting on the plane, I probably would have to pinch myself because it didn’t treat me too well last year. We had amazing waves and I’ve had some fun heats. Congrats to Matt (Banting); he’s been ripping the whole event. Hopefully we both have a good year and it’d be great to have him on Tour.”

“I was definitely on the harder side of the draw, but it was great to surf against Silvana (Lima) and Dimity (Stoyle) after her cracker of a heat,” Ho said. “The waves are so fun. It’s like a toned-down Lowers (Trestles, in Southern California), and it’s non-stop waves.”

“I’ve had an equal amount of ups and downs this year and it’s hard,” she said. “You’ve got to keep your head up and my Dad told me at the start of the year that it’s a marathon, not a sprint. This is definitely a nice feeling.”

“I’m really happy with this result,” Cope said following the QS Final, the first of her career. “This is been an amazing week. Thanks to everyone for putting this event together, and my sponsors for the support.”

For highlights from the Los Cabos Open of Surf check out www.aspworldtour.com.