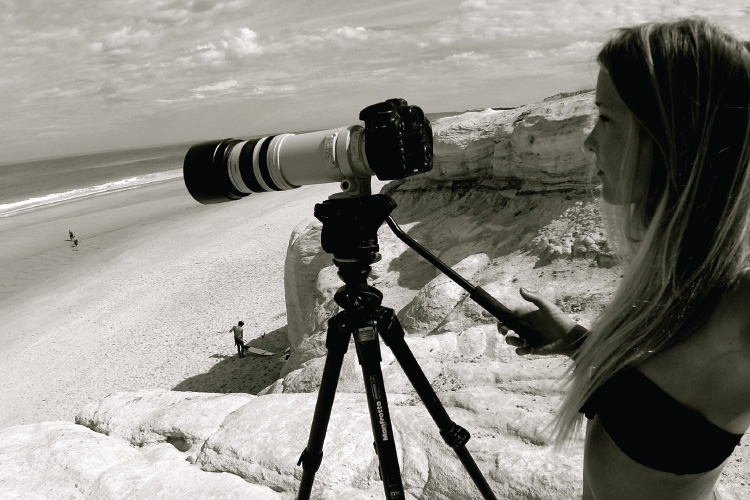 Ways to get your significant other to film you surfing

“What are you going to be doing while I surf?”
“Nothing, just cruising here on the beach.”
“Well, since you’re not busy, want to film me in the water? I’ll set you up with the camera and everything. Oh, and try not to miss any of my waves.”

If you’re in a committed relationship, with an avid surfer, this might sound familiar.

It’s a conversation that can lead to good things. Like solid photos and clips. An edit. A budding surf career. Maybe even a laugh if you’re both in the mood. Or, at the other end of the spectrum, an hour long argument that keeps you on the beach as the offshore winds turn to onshore slop.

From the surfer’s perspective, if the other person is just sitting on the beach, why can’t they film? Why not multitask by tanning and shooting? Is it really so much to ask?

But there’s two sides to every coin, a give and a take.

In order to understand what’s the best way to navigate these tricky waters, we asked Makaha-born pro surfer Alessa Quizon, who has a bit of advice on the topic:

“I’m currently injured, I tore my MCL so there’s no surfing for a while,” she said. “So Caio [Ibelli] saw the opportunity and said, ’love you… want to film me today? I’ll reward you with tacos!’ I wanted to be helpful and feel like I was doing something, so I told him why not, plus I get tacos.”

Therein lies the trick, according to Alessa: present offer that can’t be refused.

“I actually don’t know anything about the camera setting and that sorts,” she continued. “I just pushed the record button and made sure Caio was in the shot with enough background to show the spray in the frame. He was surprised that I did well at filming him since it was my first time. On a normal day, I wouldn’t film him because I would be in the water surfing and we would get a filmer to film us.”

How does Alessa feel about girlfriends who say yes to their boyfriends when asked to film? “I am against being the girlfriend who films on the beach, no offense to anyone who does. I think girlfriends who film are amazing, have the best kind of patience there is in the world and a keen eye.”

Caio had another trick up his sleeve that Alessa couldn’t say no to as well: “Neither of us don’t want each other to sacrifice the time to train and surf because, it’s important for both our careers so we don’t ask,” she says. “But Caio has offered to film me here and there, so just waiting for when that actually happens.”