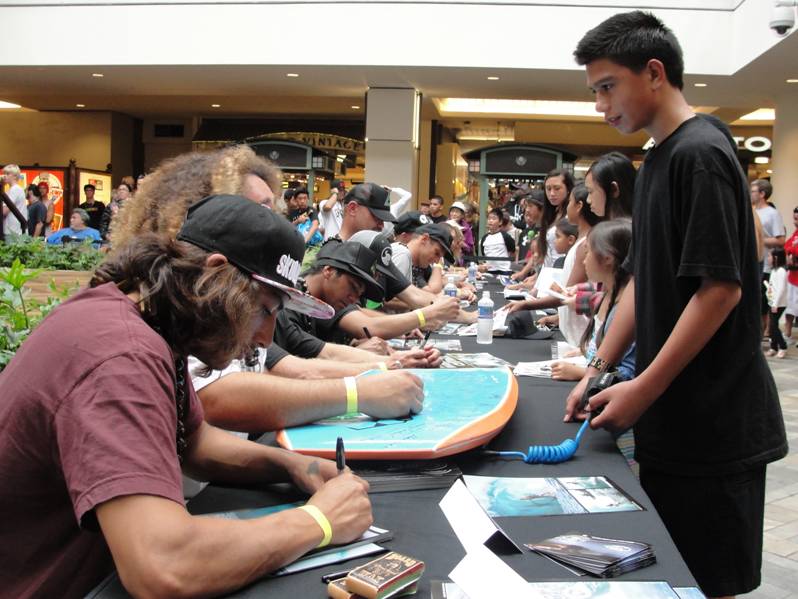 Before they paddle out to the lineup at Pipeline to start the battle for a world title, more than two dozen top-ranked bodyboarding pros will greet local fans at T&C Surf’s “Go Big” at Pearlridge Uptown Center Court on Saturday, February 20th.

The 18th annual event, which serves as the official kick-off for the APB Mike Stewart Pipeline Invitational, the first event on the 2016 APB Men’s World Tour. The event invites top tour competitors to go head to head at one of the most prestigious waves on the planet.

At 12 noon, DJ Bruddah Brian will be giving away bodyboards, fins, leashes, board bags and more! Contestants will be called on stage to compete for prizes in a series of off-the-wall games – a tradition at the “Go Big!” every year. Returning favorites such as “Stool Master” and “Face the Cookie” are on the roster, along with other outrageous games. The event is free and open to the public.