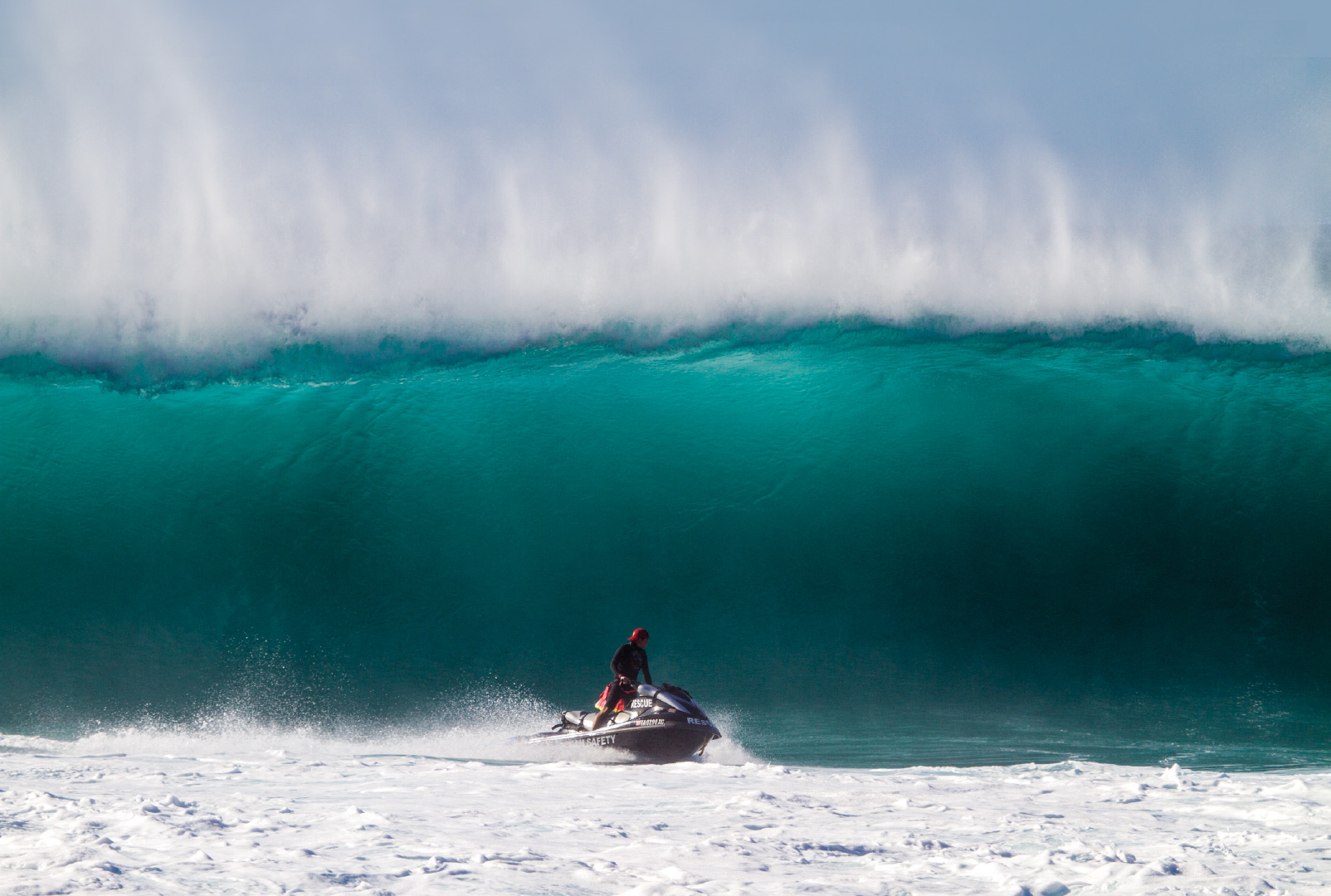 The City and County Lifeguards are an integral part of surfing’s past, present, and future. Their protection of our world famous lineups have undoubtedly influenced the progression of our sport allowing surfers to push the limits of wave riding by protecting and also educating them on a regular basis, not to mention showing most of us how it’s done out there. From May 2, 1917 when The Territory of Hawai’i passed Act 201 officially established a life-saving patrol for Waikiki Beach and had a team of two lifeguards, to today, where the North Shore Lifeguarding district spans almost 60 miles of coastline from Ka‘ena Point to Kualoa with three lieutenants and two jet ski units and more than 450 lifeguards statewide. Ocean Safety and Lifeguard Services’ mission is to act as the primary responder for emergencies on the beaches and in the nearshore waters for the island of O‘ahu. The term “nearshore” refers to anything up to 1 mile offshore.

There are around 40 full time North Shore Lifeguards and about five contract hires. There are 8 towers on the North Shore, including the Kualoa tower, which is only open on weekends and holidays. During the winter hours most are 3 man towers and in the summer they go down to 2 man.

Towers are open daily from 9:00am to 5:30pm. However, on duty or not at the beach, these lifeguards are still aware of what’s going on in case they need to do a rescue regardless of if they’re on the clock or not. There are efforts to try and extend these hours and hire more guards.

On O‘ahu between 2005 and 2014, despite their efforts, there were 273 drownings with the percentage of visitors being slightly higher than residents.

This past year the North Shore Lifeguard Association was given $5,000 for the “Agent of Change” Award at the 2017 Surfer Poll Awards.

After his horrific wipeout and rescue, Maui’s Dusty Payne has an ongoing GoFundMe account into which all of us can donate, to raise money that goes straight to the North Shore Lifeguard Association. They are in the process of meeting a $25,000 goal and hopefully more. Like the fundraiser says, “Let’s pay it forward.”

From keeping ourselves, our loved ones, and our visitors safe to educating everyone about ocean safety and putting in tremendous efforts to the education of the new generation with their Jr. Lifeguard program, we owe the brave lifeguards a large debt of gratitude. Though faced with adversity from many angles, their passion for the ocean and keeping it safe remains.