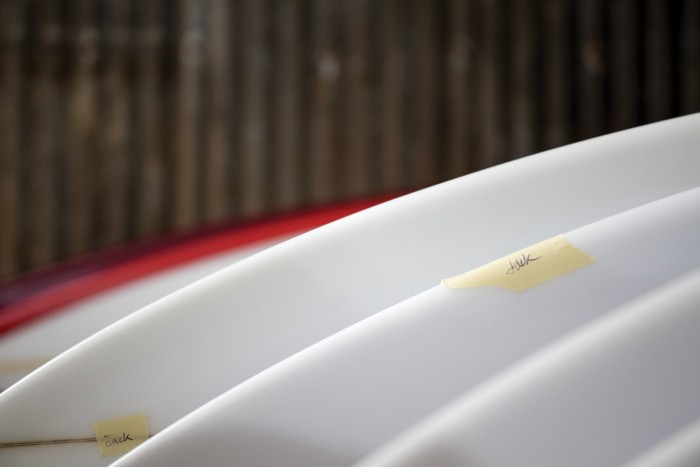 While there’s a handful of stresses that can frustrate the experience of air travel to Oahu for the winter season, one frustration seems to stand at the apex that stops excitement dead in its tracks: baggage fees.

Did I just hear an amen?

A narrative well in motion, surfers are undoubtedly the athletes on the front lines of this costly proxy battle that sees high prices for a service that in the end is also a risk.

John John Florence, was that earlier amen from you?

Which is why Hawaii’s own Eric Arakawa wants to help. The shaper who needs little introduction but deserves one anyway – a North Shore resident with 41 years of experience shaping for the average Joe’s as well as recent World Champions and the man behind the internationally known Eric Arakawa Designs – began offering a solution.

“I recently had to take a 4’10” surfboard to Japan and it cost me $200,” Eric says. “It was tiny… like a snowboard box. So many people aren’t traveling with boards. Now, they buy boards here and don’t take them back. So you can leave your boards here at our [North Shore] shop, and you can rent space monthly or for the year. The storage rental is $18 monthly, or $180 annually with a $50 credit that can be applied to one custom board.”

So what tipped the scales for Eric to offer this service for globetrotting surfers? Was he himself burned to embers by consistent baggage fee overcharges like on his visit to Japan? Or was John John’s recent social media bomb directed at JetBlue – because the 22-year-old had paid over $500 in baggage fees yet received a mangled board bag with pieces of board inside in return – enough reason to start?

“We’ve been doing it for about a year now,” Eric continues. “We’re just trying to provide a service for our customers. It’s become such an issue, these baggage charges have gone up so high that it just makes sense. We have a safe and secure place to store boards where you can come get it anytime.”