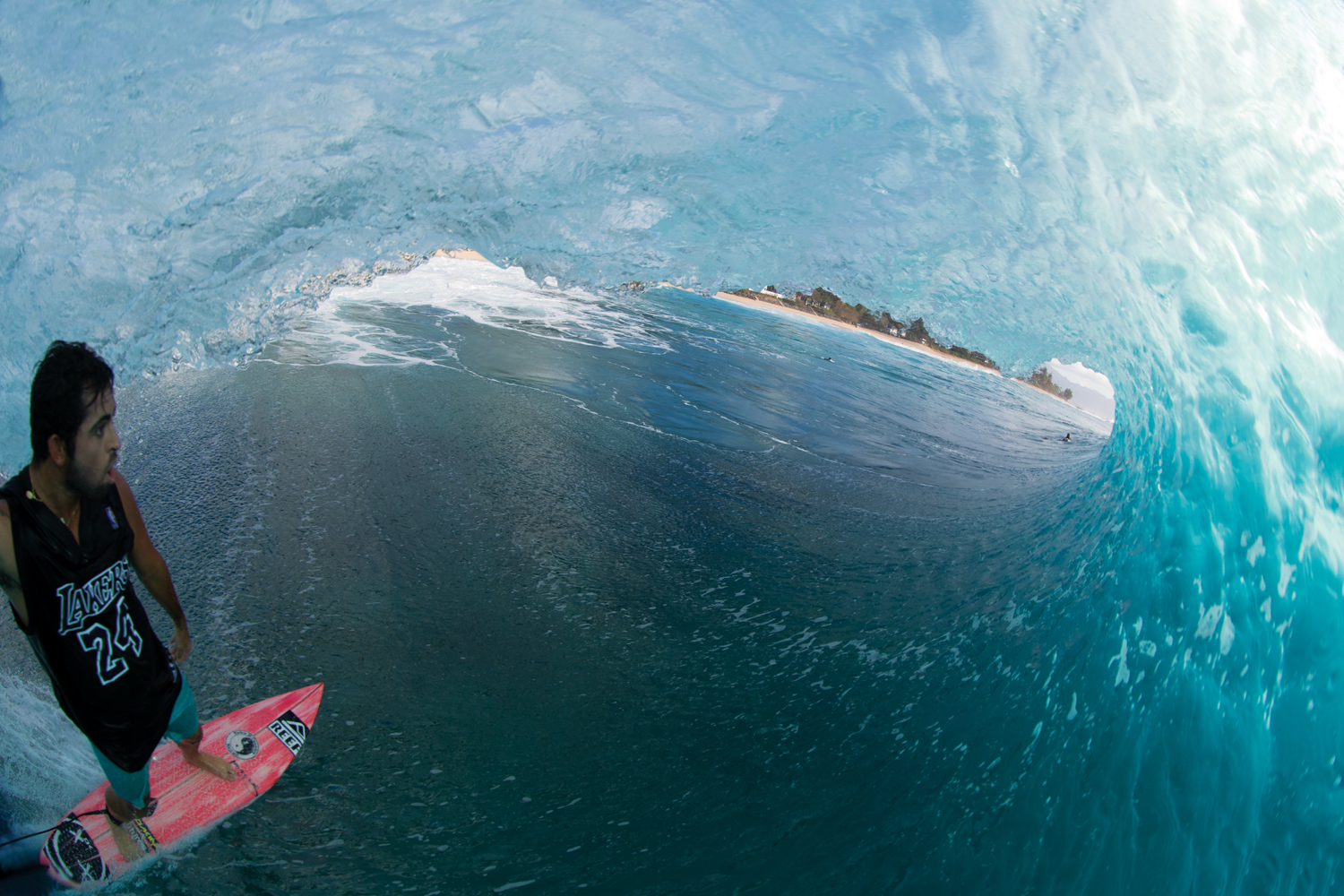 Kemper earned his first Big Wave Tour Title by making the Finals in all three BWT events this season, including runner-up finishes at the Peʻahi Challenge and the Nazaré Challenge. He said everything this year was done for his mom who was diagnosed last year with Stage IV cancer.

“I am overwhelmed and excited to be the Men’s Big Wave Tour Champion,” said Kemper. “It has been nothing but a blessing to be on this path, and I am so thankful for my family and everyone who has supported me to get here. I lost my older brother when I was eight years old and we thought he was going to be a World Champion. I wanted to live out my brother’s dream and accomplish this for my family.”

Over the past three years, Kemper has become a force on the big wave scene, most notably with his back-to-back Pe’ahi Challenge victories. In 2017, Kemper finished sixth on the BWT rankings but won the prestigious Big Wave Award Ride of the Year recognition for his incredible barrel at the Pe’ahi Challenge in 2016.

“Last year, my mom was diagnosed with Stage IV cancer,” Kemper said. “Everything I did this year was for my mom and the reality is that this, my goal to become champion, had a time limit to it. I felt like this was my chance and my opportunity. Tomorrow is never promised. It was hard enough leaving my mom for a week for the Nazaré Challenge. I basically told myself that it was an all-or-nothing situation. My goal was to have my mom see me as the best I ever was, right now, and I wanted to win this for her. I am so excited to be able to celebrate with my family and share this with my mom. It is truly a blessing and I am so thankful.”

The BWT Title race took a pivotal turn during the final event of the season, the Nazaré Challenge when Kemper’s second-place finish moved him just past Kai Lenny (HAW) for the rankings’ lead. Both Kemper and Lenny are leading the next generation of big wave surfers with their innovative and fearless performances in all conditions.

“I want to be a force to be reckoned with,” said Kemper. “I am very excited and thankful to be a part of this generation of surfers and a part of this turning point in surfing. There has been a changing of the guard on the Championship Tour — with surfers like John John Florence, Gabriel Medina, Filipe Toledo, Julian Wilson — and I’ve tried to take that as motivation into the Big Wave Tour. I want to bring something new and I am excited to be one of the frontrunners of this generation in big wave surfing.”

“Winning a World Title, let alone two, has been a childhood dream since I can remember,” said Alms. “I am so honored to be able to win twice and bring the trophy back home to Maui, where it all started for me. It is an amazing feeling to be at the top with these awards and titles, but to be honest, win or lose, I feel like I’m always winning. Being able to do what I do and share that with my friends and family, I’m winning everyday. I hope that what I am accomplishing in my career will give hope and inspire the next generation to go after their goals and dreams.”

Alms has been charging big waves since she was 15 years old and now looks to be unstoppable amongst her competitors and against monstrous conditions. The Maui surfer earned the Women’s Best Performance recognition at the Big Wave Awards in 2017 after six-straight nominations starting in 2012.

In addition to her big-wave pursuits, Alms was also featured in a 2015 documentary called The Wave I Ride, from director Devyn Bisson. The film portrayed Alms’ journey to the big-wave arena, including both her support system — specifically, her partner and shaper, Sean Ordonez, and her mother — and the odd jobs and training routine that she has juggled along the way.

“I believe that having a platform to perform in the best conditions with only six women in the water is one of the best ways to push the level of the sport,” continued Alms. “As big wave lineups get more and more crowded, I really look forward to having these events that allow for an empty lineup and being able to pick and choose our waves that you truly want. I really look forward to having more than one event next season. Although I think Jaws is by far the best wave on the tour, it will be nice to challenge ourselves in other conditions. I am really excited to surf Mavericks with just a handful of surfers out.”

The 2017/2018 BWT season witnessed incredible performances from the world’s best surfers across three unique competitions — the Puerto Escondido Challenge in Mexico, the Peʻahi Challenge in Hawaii, and the Nazaré Challenge in Portugal.

“Congratulations to our Big Wave Tour Champions, Paige Alms and Billy Kemper,” said Mike Parsons, WSL Big Wave Tour Commissioner. “Both of these competitors showcased groundbreaking performances this season in extremely challenging conditions. They truly demonstrate the commitment and courage required to compete and win at this level.

“This season we called on the Puerto Escondido Challenge, the Peʻahi Challenge, and the Nazaré Challenge. Peʻahi received a Gold coefficient with 55-foot face waves, and both Puerto and Nazaré received a Bronze coefficient with 35-foot face waves. We were not able to run the Mavericks Challenge this big wave season due to unfavorable conditions but are excited about the opportunity to run starting in October 2018.”

Alms and Kemper will be recognized at the WSL Awards on March 8 on the Gold Coast of Australia and the Big Wave Awards scheduled for April 28 in Southern California.