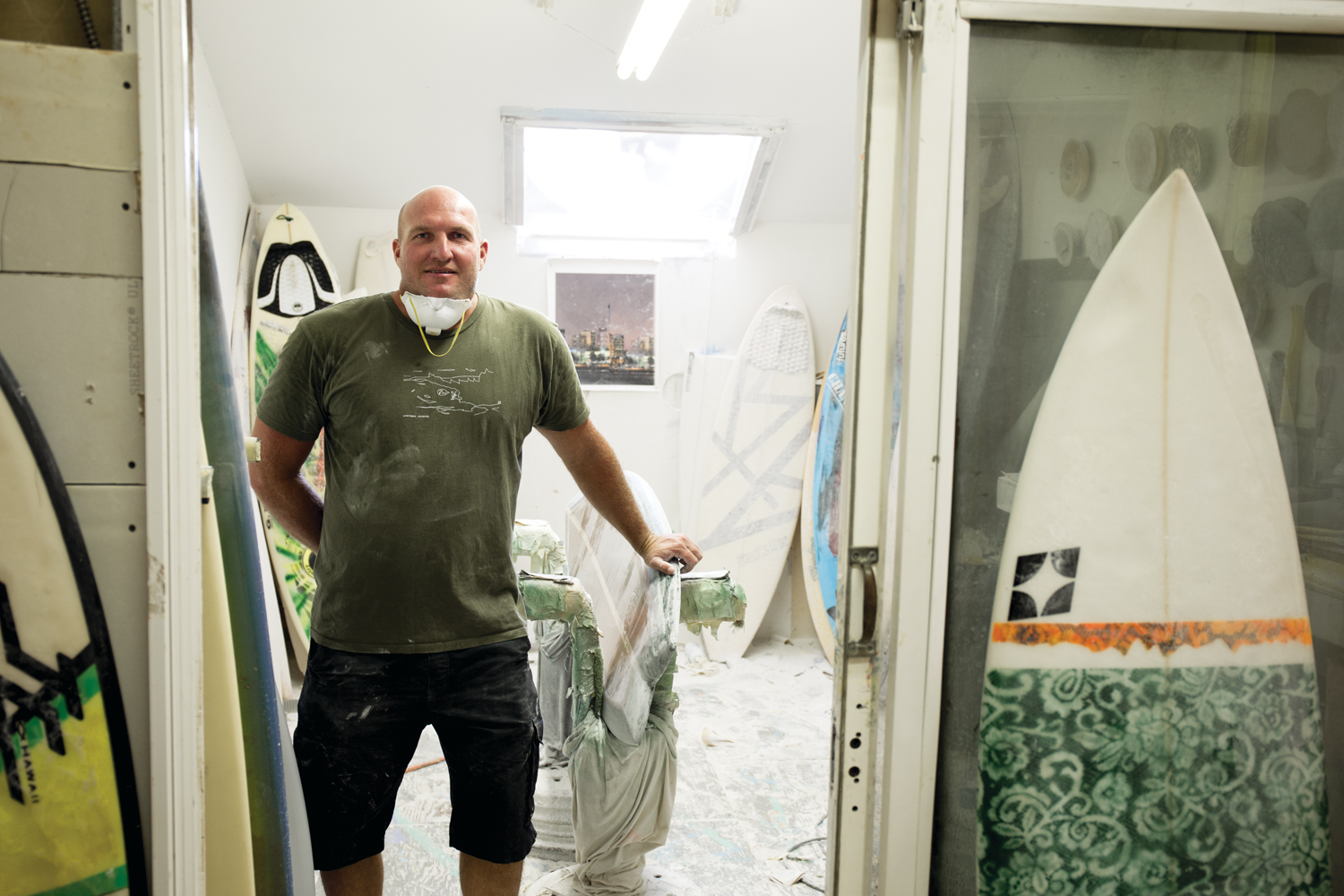 How did you two get linked up in the first place?

CB: I was introduced to Mike, and he started making me a couple of boards. He usually only shapes for bigger guys because he’s a bigger guy, so I was able to give him feedback on the templates he was using that he had to bring down to smaller sizes for me.

MM: Chris has been really good as far as what he wants, from the tail designs to the rockers and boards. In general, he’s good with dimensions and he’s a great kid to work with. He has a lot of talent and tricks, it’s only a matter of him focusing and putting it all together in the future. In the beginning, it’s important to see how your future team riders surf. What’s their style, how they use the rail and power and I try and incorporate that into boards. Also, if they’re heavy footed, I’m not worrying about them catching rail since powerful surfers push through. But if a surfer is lighter footed, they may be having problems catching rail so you make changes to the boards to help. You look at what they ride first. As far as dimensions, fin placement, the rail, rocker, once they’ve tried their first board you work on it from there and make subtle changes. The endgame is to be the world champion, so as a shaper I want to get Chris and other riders the best board so they can go as far as they can.

Chris, how close have you and Mike become through this process?

CB: It’s become a friendship. We talk pretty much every day on boards, we even have hour phone conversations. I’ve even gone on trips with him to the Mentawais. For the last 5 years we’ve been super close, there’s a lot of trust. There’s a lot of communication and honesty. You have to be honest if the board isn’t good. You don’t want to lie because then it never gets better. He tells me to be honest and that way he can make changes on the next batch. He’s good at taking feedback if it’s good or bad, too. Last year,
I broke my hand and I was out of the water for along time and when I got back in, I didn’t have any power, just blowing it and we would sit at Rockies all day and he would give me feedback, motivating me and he’d even come to my contests. There was a lot of mentoring and coaching involved on his part to get me out of rut I was in.