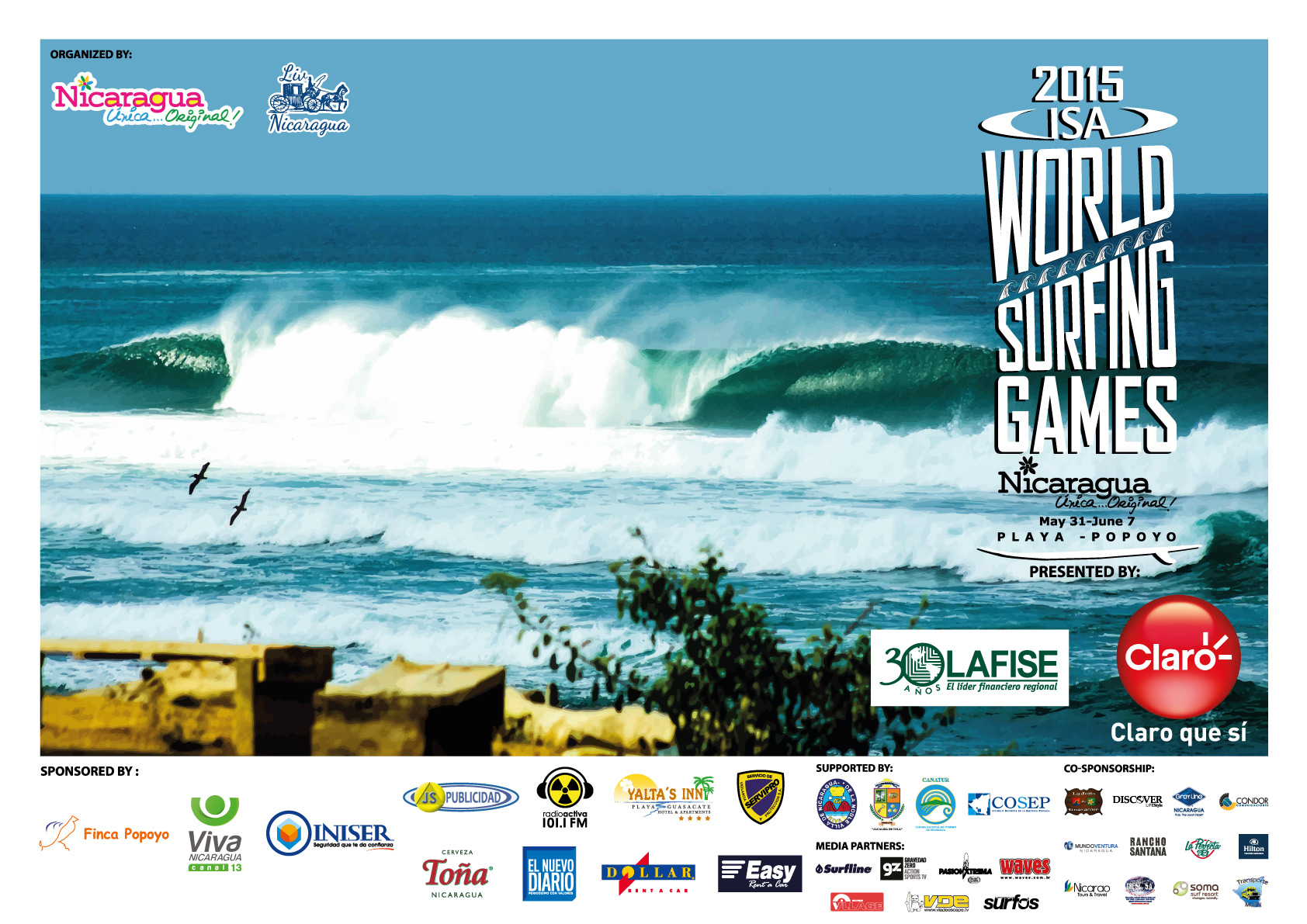 The 2015 Nicaragua Unica Original ISA World Surfing Games presented by Lafise and Claro were declared officially open by ISA President Fernando Aguerre on Sunday, May 31. The Opening Ceremony circled the center of Rivas, Nicaragua and concluded near the beautiful town square.

In attendance were 27 International Delegations that traveled to Nicaragua from all over the world. Local dignitaries, contest officials and thousands of enthusiastic spectators were witnesses to the start of this ISA World Championship.

The start of the celebration began with the Parade of Nations. Each team marched through the heart of the Rivas’ colorfully vibrant town. The teams made their way to the main stage to participate in the Sands of the World Ceremony symbolizing the peaceful gathering of nations through the love of surfing.

Costa Rica marches with pride down the streets of Rivas, Nicaragua en route to the stage of the Opening Ceremony. Photo: ISA/Skyler Wilder

“The Sands of the World Ceremony, which happens at every ISA World Championship for the last 20 years, is a symbol of peace between nations, countries and the people. It’s about peace for Surfing to defend the ocean and nature,” stated ISA President Fernando Aguerre. “I would like to wish to all of the competitors the best in the competition, but more than anything I would like all of you to have a good time, make new friendships, and enjoy beautiful Nicaragua.”

In addition to the ISA ceremonies, cultural groups from the towns of Rivas as well as Tola took to the stage to perform artistic dances for all of the visiting international nations.

“Nicaragua Unica Original, once again, is full of pride to welcome the 2015 ISA World Surfing Games after three years of hosting consecutive championships,” expressed Nicaragua’s Minister of Tourism Mayra Salinas. “It is an honor for us to welcome you to this glorious country.”

Competition begins Monday with the live webcast starting at 8:00am local time.