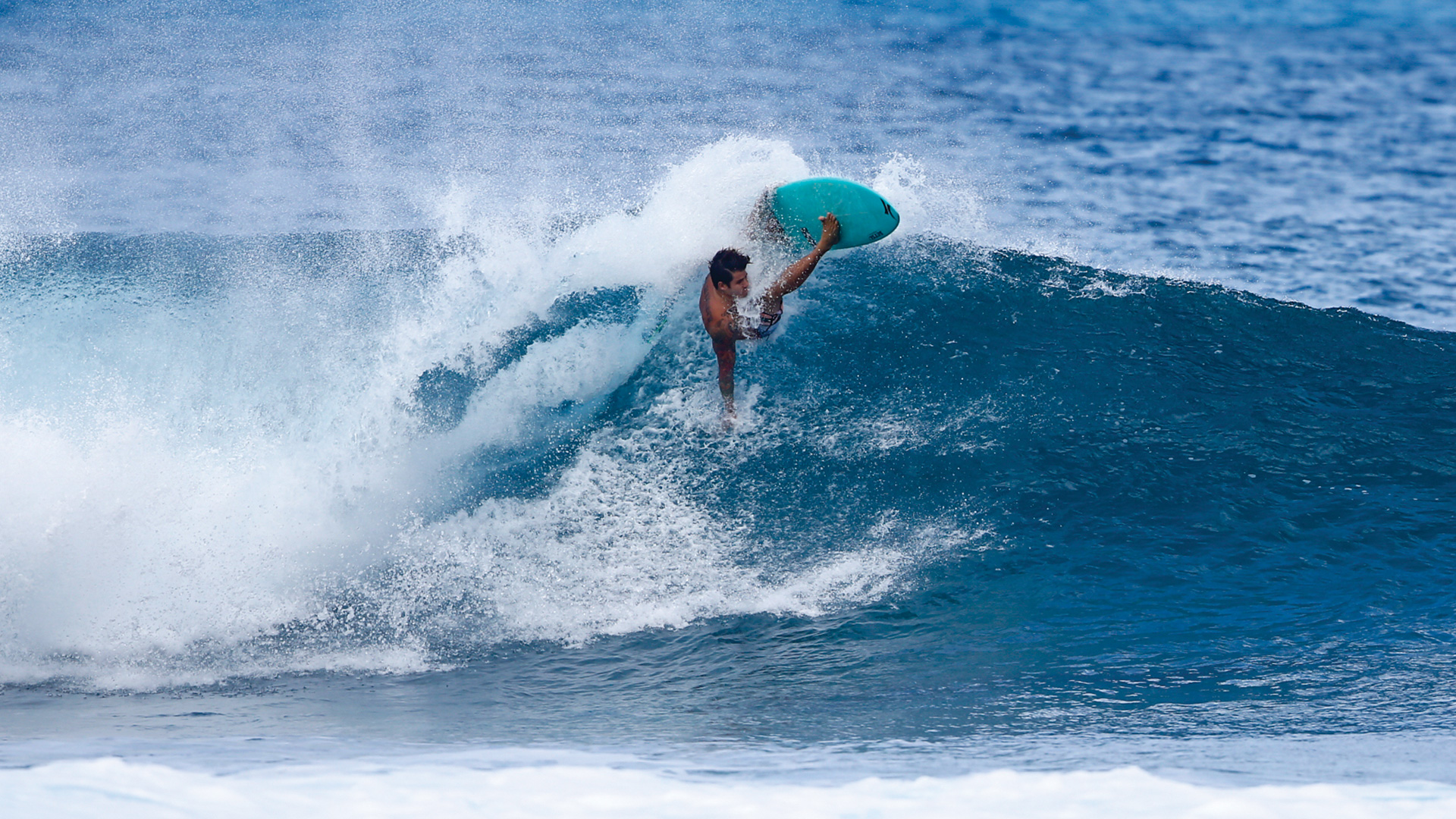 How to pull a Club Sandwich with Kekoa Cazimero

1 Choose your line. The Club Sandwich is one of my favorite moves, but the section needed for it doesn’t come very often. I’ve grown up watching Jamie O’Brien do it at Backdoor, and I saw it in a contest, too, at Haleiwa with Ola Eleogram. The waves were 6 feet and Ola needed a 4, so he took off on a closing out wave during the last minute and there was no turn he could do, so instead he improvised, pulled a Club Sandwich, and got like an 8. It’s a pretty technical turn, but it can be pulled it if you’re moving fast and thinking on your feet.

2 See the section, and commit to it. At the same time, the move is all about improvising. I don’t go into a wave thinking ‘I’m going to pull a club sandwich’. My first choice was to do a huge arc or turn, but I saw the lip throwing and committed to it.

3 Blow the tail. It’s basically about doing a blow tail / grab tail reverse, but doing so in the most critical part of the wave instead of a blow tail at the end of the wave. After you make the turn, your nose is in the water, so it’s kind of like a nose pick.

4 Throw yourself right in the peak of the pocket. One of the most critical parts is to grab rail depending where the board is. In the sequence, you can see that my board is flat, facing land and the nose is in water. The move is hard to explain, I’m actually laying on my living room floor trying to reenact it haha.

5 Hold the tail and flip it. When you whip it, the whitewater momentum carries you back out. Like I said, it only happens when the wave barrels in the next section, so to avoid taking the lip to the head, you grab rail, and the thing catapults you backwards. It feels as if you’re doing a backflip.