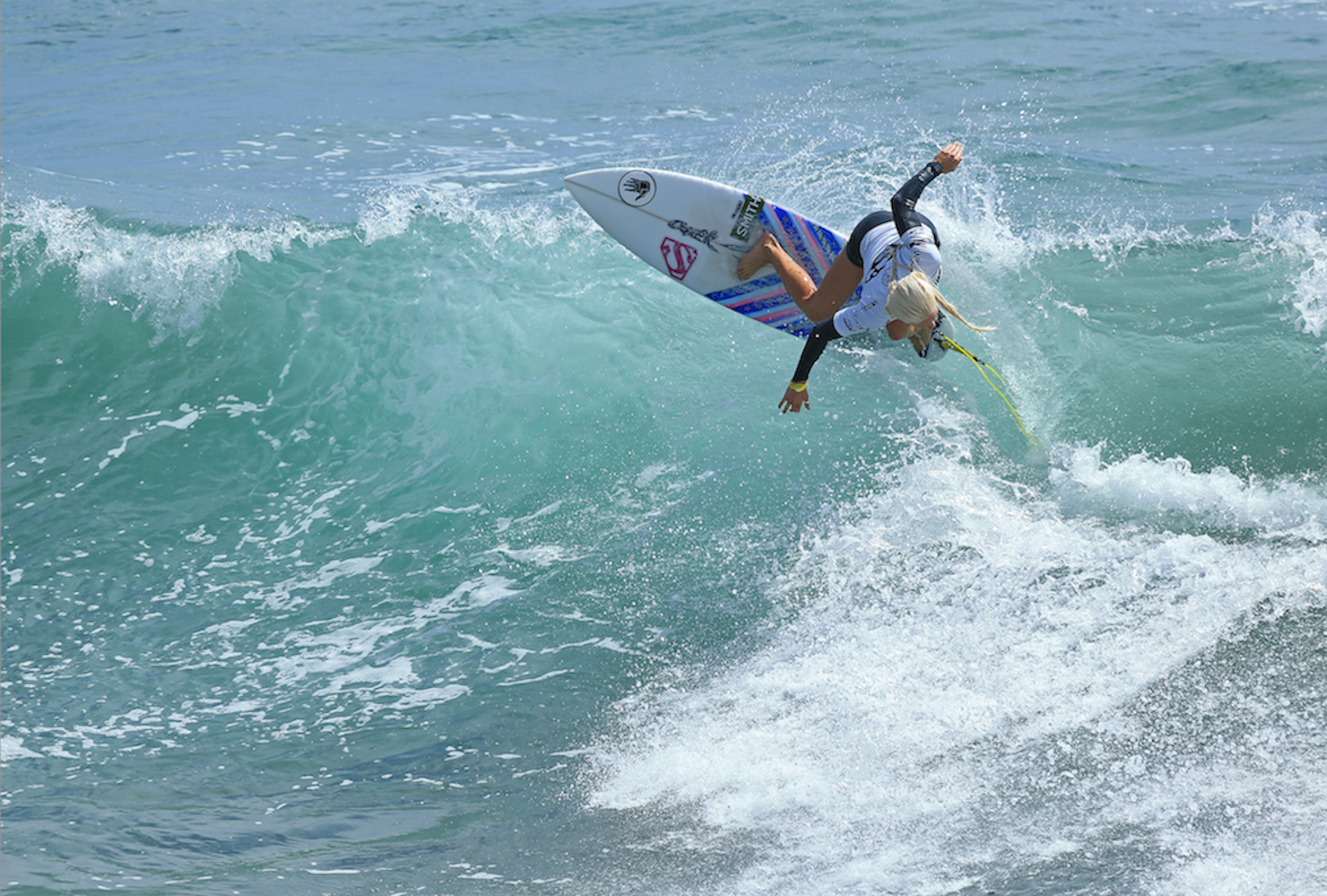 OCEANSIDE, Calif. (July 26, 2015) – Day three of The Paul Mitchell Supergirl Pro — the largest all-women’s surf contest in the world and the only WSL Women’s QS6000 event in the continental U.S. — wrapped on Sunday with record-breaking attendance and fierce competition as three former Supergirl Pro finalists advanced through the Round of 16 to the semifinals. Sunday’s action at the iconic Oceanside pier sealed the top three spots with Tatiana Weston-Webb (HAW) taking first and Courtney Conlogue (USA) runner up, with Sage Erickson (USA) and Nikki Van Dijk (AUS) tying for third.

The finals came down to a battle of Supergirl podium vets when Courtney Conlogue, the 2009 champion, faced Tatiana Weston-Webb, who took second place at last year’s Paul Mitchell Supergirl Pro. Weston-Webb wowed the judges to capture the coveted pink Supergirl cape and earn critical points toward her QS ranking, putting her 1,600 points ahead of Nikki Van Dijk.

“Finally!” the 19-year-old Weston-Webb shouted as she was swarmed by fans after being named the winner. “Last year really made me want to win this year! Courtney is amazing, and for me to be here means the world to me. Now I have a lot of confidence going into the rest of this year.“

Sage Erickson fell just short of defending her title despite a valiant effort against Conlogue. Holding onto the highest heat total of the event with a 17.43, Erickson can walk away from this event with plenty of positives.

“Making it to the semifinals is a great result in the larger picture of getting back on tour next year,” Erickson said. “I’ve had two quarters and two semifinals on the QS so far. I wanted to be in that final so bad, especially since this is my favorite event and really like no other.”

The Paul Mitchell Supergirl Pro is the only WSL QS6000 female competition in the continental U.S. The event will be broadcast on FOX Sports One this fall.

“We couldn’t have asked for a better event,” said Rick Bratman, CEO of ASA Entertainment, the event’s producer. “In addition to the phenomenal world-class surfing, we tripled the event footprint and the crowds were huge. Everyone at the event seemed to have an amazing experience.”