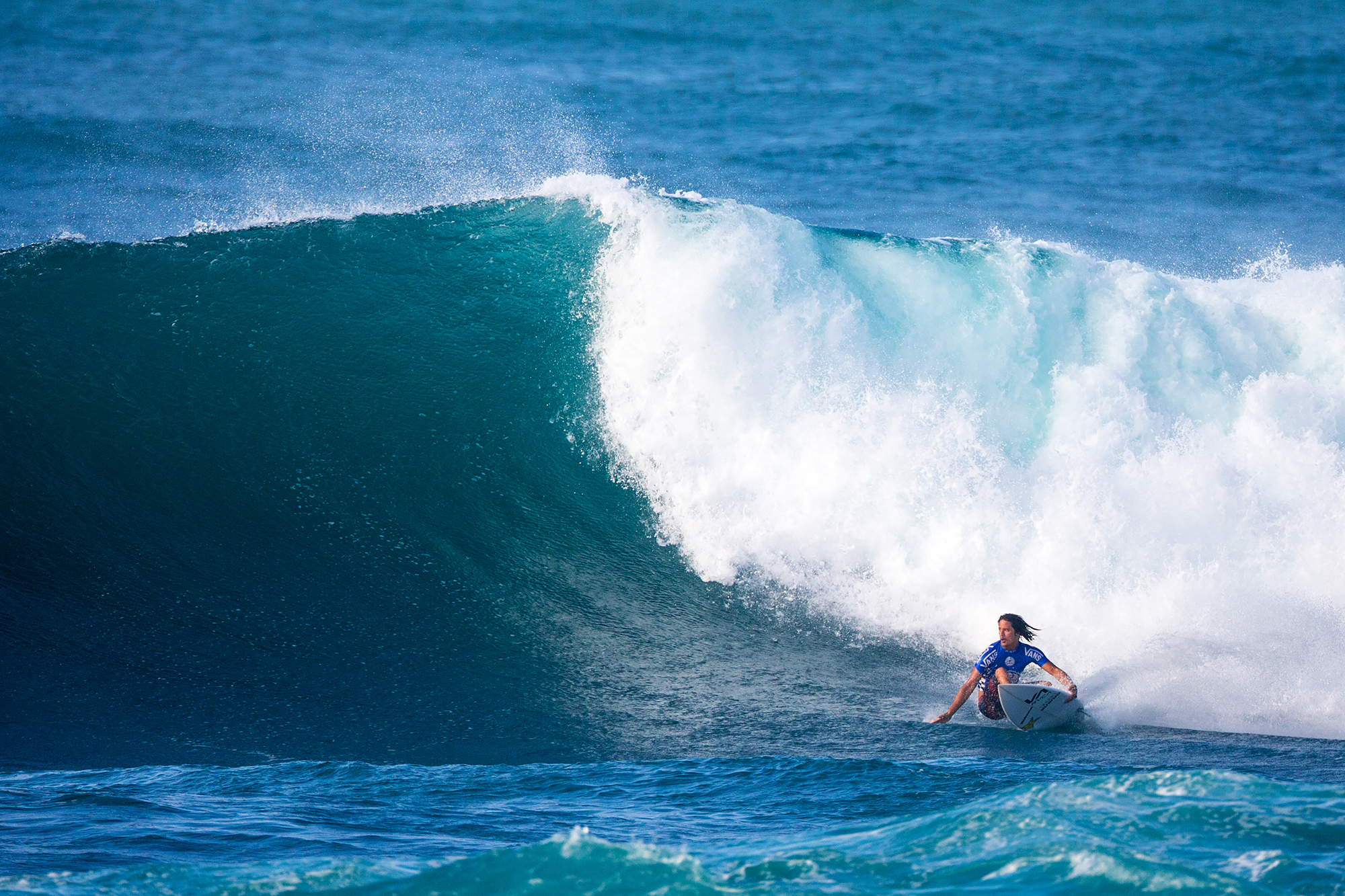 2015 HIC Pro Preview Poll: Which heats will you be watching?

By Cash Lambert
Danny Fuller is walking next to scaffolding that bears his name under the title ‘HIC Pro Sunset Beach Event Champions’, but he slides right past the text as if it didn’t exist. The list of names and dates above his stack up and up to the second story of the HIC Pro scaffolding. Names like Kerry Terukina (1984), Michael Ho (1988, 1990-91, 1996), Andy Irons (1997), and Sunny Garcia (2012).
Danny’s attention, however, is now directed towards Sunset Beach breaking the day before the beginning of the 2015 HIC Pro waiting period. He looks loose: long, brown hair waving in front of his tortoise RAEN optics sunglasses, swanky boardshorts and his tan and lanky frame moves only when necessary.
“My strategy this year… at the end of the day it feels really good being a defending champion,” Danny says above the wind and staring at the sea. “But it’s Sunset and all I can do is my best. My boards feel really good and I feel good.”
Which is one of the many storylines for this year’s 2015 HIC Pro, slated for Oct 28 – Nov 10: can artist, model and Kauai boy Danny Fuller notch a second event win for his career, and as a repeat champion here at Sunset Beach?
“We have no shortage of swell right now… it’s about 6-15 feet,” he says. “This is Sunset and sometimes you’ll be put in situations or forced to surf conditions that aren’t necessarily ideal. We went earlier for about half an hour to check it out and all I could think about was how challenging it would be to have a heat with this size.”
The forecast is expected to hold throughout this week and peaking at triple overhead – the size of the swell last year when Danny put on a first place worthy clinic.
Finn McGill, the youngest Hawaiian competitor in the contest at the ruddy age of 15, knows Sunset’s challenges and thinks that his upbringing provided him with a sword and a shield for the contest’s conditions.
“A lot of Hawaii kids have an advantage to the others because we have contests at all these breaks that the Primes are at during the Triple Crown,” he says while peeking at the sea. “We have NSSA’s at Sunset, Haleiwa and we even have contests at Pipe, so it warms us up a lot to these kind of contests.”
Other than in his heat, Finn will see an expected and intriguing cast of competitors like Danny Fuller, Evan Valiere, Bruce Irons, Pancho Sullivan, Sunny Garcia and Chris Ward.
You can see for yourself the 2015 HIC Pro heat draw below. Which heats are you looking forward to watching the most?