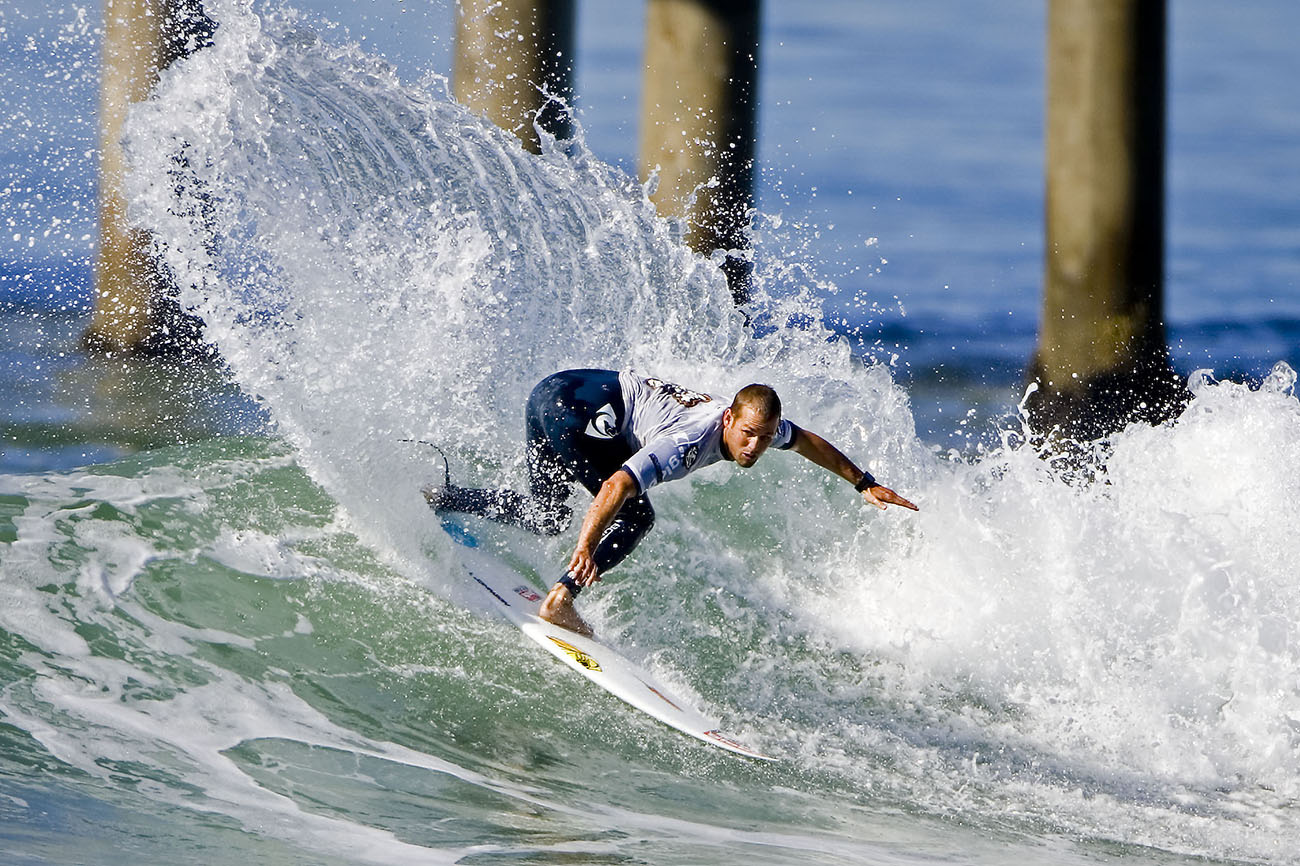 The Surfing Walk of Fame is the only tribunal in surfing to award specific categories as well as require a 10-year margin since the commemorating achievement. This year’s recipients will be cemented alongside past inductees, earning their immortal place in the pavement on the corner of PCH and Main Street, directly across from the famous pier in Surf City USA — Huntington Beach, California.

“We are celebrating our 23rd year of honoring surf legends by placing stones in the sidewalk of Huntington Beach, Surf City USA,” said Don MacAllister, SWoF Chairman of the Board. “And this year’s class is truly one of the best ever.”

2001 World Champion C.J. Hobgood headlines the group following his recent retirement from full-time competition. The 1999 ASP Rookie of the Year amassed four Championship Tour wins during his 17-years on the circuit, including a memorable victory at the 2004 Billabong Pro Tahiti held at the notorious Teahupoo and the 2007 U.S. Open of Surfing in Huntington Beach.

Both Joey Cabell and the late Whitey Harrison will be commemorated in the Surf Pioneers category. Harrison is most remembered as one of Southern California’s earliest surfers and board builders, while Cabell is known for being the hot, young Hawaiian competitor of the ‘60s, winning both the Makaha International and Duke Kahanamoku Championships and went on to found the Chart House restaurant chain.

The always-colorful Surf Culture plaque goes to surf industry mogul Bob Hurley. After establishing himself as a reputable shaper, Hurley brought the Australia-based Billabong brand to the USA. He then spun the surf industry around by starting his own name-sake label and building it into one of the most successful surf and lifestyle brands on the market.

Here are the voting criterions used to decide each division:

SURF PIONEER – Nominees achieved surfing fame as a respected surfer or pioneer in the time before major championship; candidates must either be at least 50 years old or deceased.

SURF CULTURE – Inductees are nominated from the arts and/or industry, and must have helped create and define surfing culture.

WOMAN OF THE YEAR – Any female who meets the qualification in any of the four categories: surf champion, surfing culture, local hero, or surfing pioneer.

LOCAL HERO – Nominees must have resided in Huntington Beach for at least 10 years, graduated from Huntington Union School District, been a finalist in the surf champion category, contributed to Huntington surfing culture, been a surfing pioneer in the city or a past champion at the annual Huntington Beach City Championships.

HONOR ROLL – Recipients of the honor roll award deserve recognition du to their important contributions to the sport of surfing and its culture, but hey do not qualify under the specific guidelines of the other five walk of fame categories. The honor roll is the only category chose by the Walk of Fame Board of Directors.

This year’s honorary induction ceremony will take place during the U.S. Open of Surfing outside of Jack’s Surfboards in Huntington Beach at 10:00am on Thursday, July 28th.