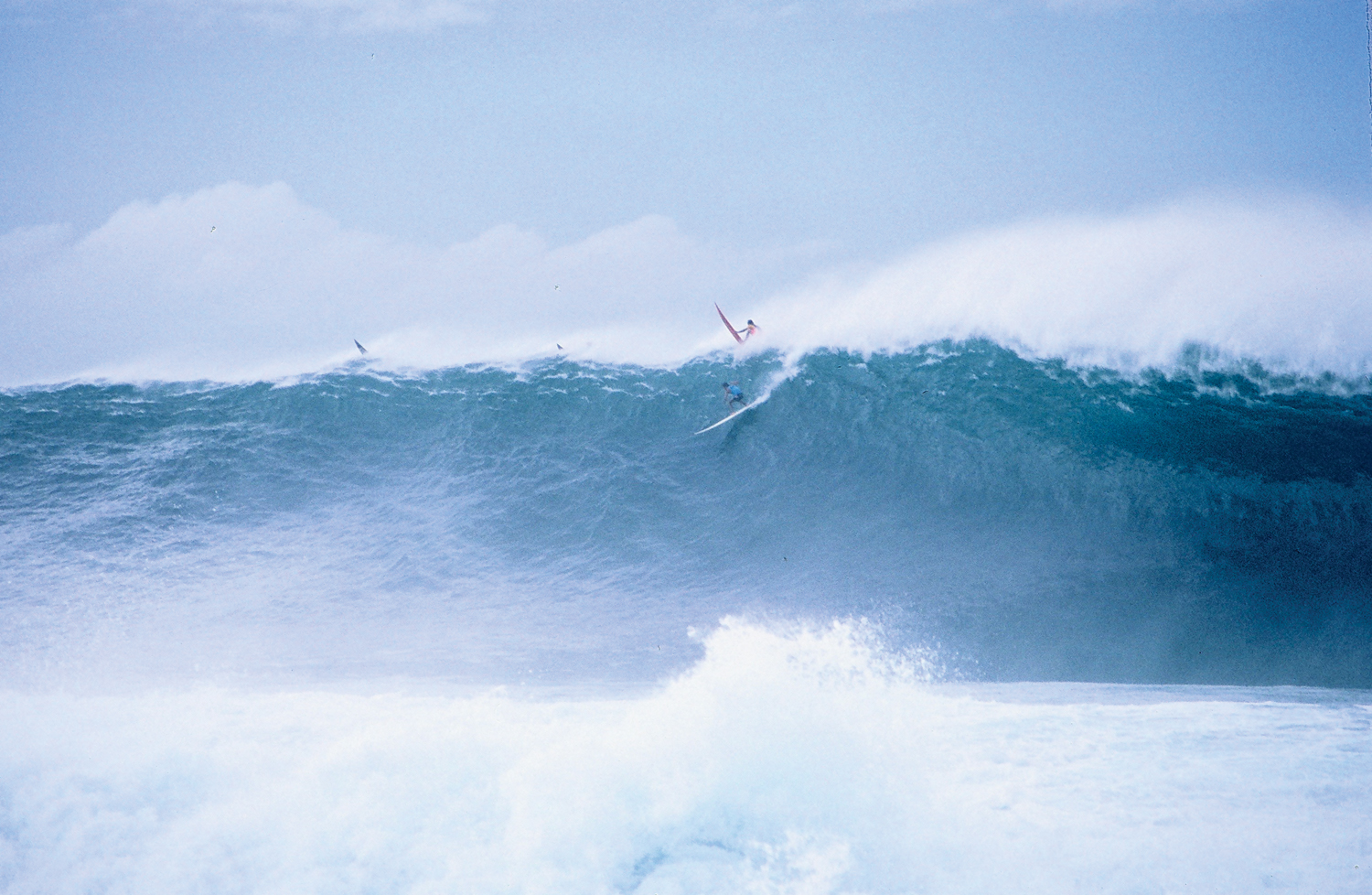 On February 18th, iconic big wave surfer, waterman and Hollywood stuntman Brock Little passed away while fighting cancer. The moment the news was announced, the surf community began an outpouring of condolences for the 48-year-old and the Little family through social media and word of mouth. One week later on February 25th, as the Quiksilver In Memory of Eddie Aikau ran in what was dubbed “Brockswell”, many of the competitors paid tribute to the man so beloved by the surf community.

“Brock is pretty much my inspiration for getting into big wave surfing as a kid,” said Mark Healey. I don’t think it’s a coincidence this swell came after his passing. I think he had a hand in this swell coming to us. Thanks Brock!”

“Brock was one of a kind, he was larger than life,” said Kala Alexander. I looked up to him ever since I started surfing. I’ve known him for 30 years, and a time that stands out is the first time I surfed Waimea. A big set came in, and me and a few other guys that had never surfed Waimea before all paddled for the horizon and he just sat there and didn’t paddle and had that smirk on his face. I turned around to catch a wave and he knew I was too far out and that he was going to catch it. A week and half ago I saw him and he had that same smile on his face. I asked him how he was doing and in typical Brock Little fashion he said he could be better, and I gave him a hug and he told me he loved me and he was at peace. Brock wasn’t afraid of anything. Nothing made him nervous. He just confronted everything head on. He didn’t care what anyone thought about him. Until the end he was a warrior, and I can’t tell you how much respect I have for him.”

“Brock actually sponsored me with some Gotcha shoes back in the late ‘90s, I was so stoked,” said Jamie O’Brien. “He was always a hero, an icon and someone I always looked up to as a little kid. Brock always was a nice person and would always go out of his way to talk to you. It’s crazy the legacy he left behind. What a nice guy, just such a great all-around person and so much respect goes out to him and his family.”

“To me, he was my hero. Growing up, he was like an older brother,” said Shane Dorian. “A role model, and he continues to inspire a lot of people. He brought us all together after he passed and he’s going to continue to be one of the most special humans ever, for a long long time.”

“I met Brock in 1986 when I first came to Hawaii,” said Ross Clark Jones. “He was eighteen and I was nineteen. He was the Waimea guy, and I was trying to be the young Waimea guy from Australia. We met and became friends, I always had respect for him. He was a soldier, and just… ‘whatever’. That was the classic quote from him, whether the swell was big or who was in the heat, he was like ‘whatever’. He didn’t care. Good guy.”

“I always hung with Brock, he was my surfing partner,” said Brian Keaulana. “I had one of the greatest talks with Brock when he found out about cancer and he talked about his life being so rich and fulfilling and content and he’s so surrounded by loving people and friends. He was appreciative. Brock has always been not only a friend but teacher of humility. He accepted life and death in balance. I’m going to miss him.”

“Brock Little…he had everything to do with big wave surfing. He’s the guy we grew up watching,” said John John Florence. “These last two swells have been the two Brockswells. It was cool to have him around as long as we did and paved the path for everyone in big wave surfing now. We’re going to miss you, Brock.”