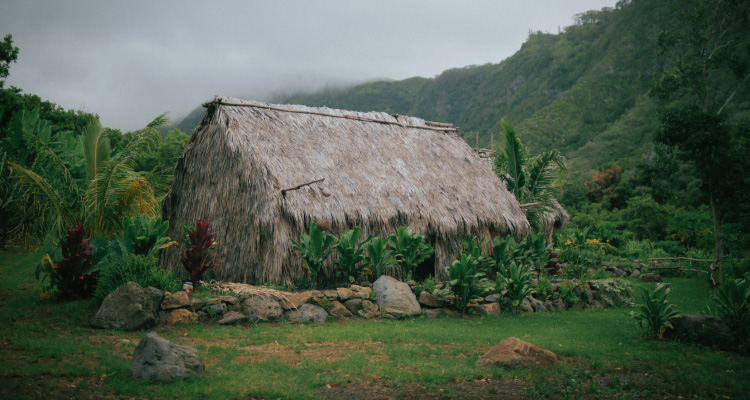 But with perfect year-round weather for tourists, surfers and sun lovers come pests and uncontrollable weeds, which poses a major problem for farmers and agriculturalists.

It’s problems like these that have scientists and chemical companies on the leading edge of experimentation with food biotechnology techniques, used to improve food production. There are many different biotechnical processes aimed at improving new food and beverage products, including industrial fermentation, plant cultures and genetic engineering (GE). Professional longboarder and Southern California filmmaker, Cyrus Sutton, addresses these subjects in his latest documentary, Island Earth. Cyrus has been using his film and photography skills for more than a decade to document his travels and surf lifestyle, and create health and educational resources that help spread awareness.

After visiting the Hawaiian Islands and experiencing firsthand the struggles families have gone through who live in the direct wind pathway of chemical companies and GMO crops, Cyrus decided to bring forth the problem with industrial agriculture and Hawai’i’s resurgence toward sustainable food practices.

“This one issue on these tiny islands affects the way food is grown and consumed all over the world,” explains Sutton. “There’s no other issue in the world that has citizens, farmers, scientists, economists, and policy makers all discussing where our food comes from like GMO’s in Hawai’i. By sharing Hawai’i’s struggle, we aim to create a film which can be used to inform and inspire people to go beyond the issues and the activism and actually participate in taking back our food supply.”

Per acre, the Hawaiian Islands have more kinds of genetically modified crop experimentation than anywhere else in the world, and 90 percent of the seeds that are used in the world today are owned by six chemical companies. Most of the companies manufacturing these seeds also produce the pesticides and other chemicals that are used in the growing process. While some say that the dangers of genetic modification are insignificant, many of the pesticides have long been proven to be harmful to public health and the environment.

According to Sutton’s film, many local farmers feel that GMO’s are a potentially valuable tool for combating year-round insects and plant diseases without pesticides and think that to judge the technology with chemical farming is unfair. Other farmers want to ban the practice altogether, in fear of uncontrolled cross-contamination of their organic crops through pollen drift. People on both sides of the debate agree that the pesticides, long used in industrial agriculture, have been toxic to public and environmental health, and our culture’s reliance on fossil fuels to grow our food is unsustainable in a peak oil economy.

“I’m not taking sides about GMOs in this film because I am not a scientist,” says Sutton. “What I am taking a stand for is the untapped potential of local and diversified agriculture. 100 years ago, one in three people were farmers; today it is less than one in sixty. Whenever you outsource any part of an industry to large corporate interests, you are going to sacrifice quality for efficiency and convenience. We have a large problem with unemployment in my generation and more and more of us are seeing the connection between our health and the quality of the food we eat. Because of this, we are seeking to take back our power by growing our own food.”

Island Earth is a film showcasing small businesses, young farmers and families fighting corporate corruption in Hawai’i, and their attempts to create healthy, efficient and local sustainable food systems that don’t have to rely on fossil fuels and chemicals. In addition to the film, Cyrus and his team have partnered with The Ecology Center to provide educational resources that help build community and worldwide awareness.

“My most memorable moment was visiting the Westside of Kauai and seeing all of the chemical fields surrounding the town of Waimea,” Sutton recalls. “Witnessing all the kids playing in the red dust that covered the town was sad to see, especially after learning what was in the dust.”

As a result of agricultural practices developed during the Green Revolution, we have become more efficient at producing large quantities of food. But these gains come at the cost of the product and consumer. The health of humans is directly related to the health of our soils. Many of the gains reported by industrial agriculture are the result of farming practices that exhaust soil health and invite weeds, pests and disease. Nature creates stability in its ecosystems through an intricate web of species interdependency and Cyrus said as long as society relies primarily on vast monocultures (endless acres of corn and soy) we are fighting nature. This fight creates a dependency on fossil fuel and chemicals for our food.

In Hawai’i the issue is exasperated. On the islands there are limited resources, and the state currently imports 80-90 percent of their food supply from elsewhere in the world. Because of this, Hawai’i is home to some of the most expensive food prices in the United States. Food shortages are becoming more common across the islands as extreme weather events like tropical storms and hurricanes disrupt the Pacific shipping routes.

But that’s not how it has always been. Less than two centuries ago, native Hawaiians fed their large population through some of the most historically sustainable agricultural practices ever documented. Fast forward to today, with rising prices and lack of access to healthy food, and Hawaiians and other residents are galvanizing at a local level to grow nutritious food in their own backyards.

The answer is diversity. In nature, diversity equals resiliency. Only by mimicking the diversity found in nature will we be able to lessen our dependency on monocultures, which tax our planet and our health. Practices like agroforestry, composting, and rotational grazing will restore our lands and watersheds.

And according to Cyrus, despite their disagreements over genetic modification, farmers, scientist and politicians on both sides of the GMO debate in Hawai’i agree that a return to diversity and local food production with fewer pesticides is the key to a safe and strong future.

“When we make the switch from consumers to producers, we no longer depend on the very systems we attack and we become true revolutionaries. Food and shelter will always conquer bullets and words.”

As gas prices today plummet to the lowest we’ve seen in years, what will the future be like; five dollars, ten dollars per gallon? War? How much will food cost in ten, twenty years? How will our descendants, and we, survive? Take the prepper’s point of view and get ready for if and when the ships stop coming and food prices skyrocket. You can start by composting and returning waste back into the system to recycle into usefulness. Maybe build your own backyard mini-garden with herbs, vegetables and tomatoes. Practice agroforestry and permaculture techniques. Make wiser consumer choices. Reduce, reuse and recycle. Use non-toxic cleaners and conserve your water supply. Start now and take advantage of the 365-day growing season here in Hawai’i.

In the coming years, how and where our food is produced will directly affect our ability to survive on this planet, and Island Earth is a documentary that will hopefully serve as a tool for organizations working to change the way we grow and consume food in the US, and around the world.

All profits from Island Earth will go toward supporting education, and to those families who’ve been directly affected by pesticide exposure. For more information on the GMO debate in Hawai’i, the Island Earth trailer and all its supporters visit https://www.kickstarter.com/projects/cyrussutton/island-earth-documentary. For more on Cyrus Sutton, his rad team of genius artists and their latest surf shenanigans, visit www.korduroy.tv.