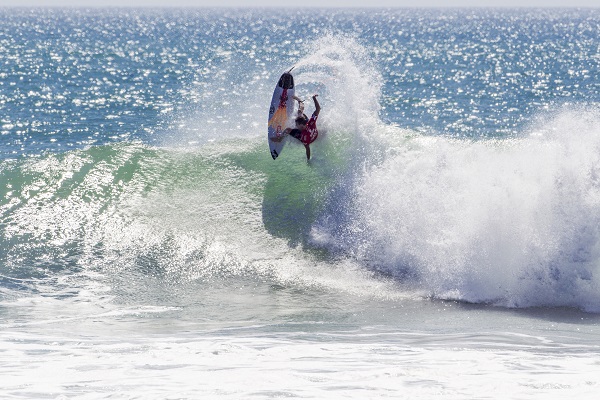 Taj Burrow (AUS), 37, perennial WSL Title contender, today announced that 2016 will be his final season as a full-time competitor on the elite Samsung Galaxy WSL Championship Tour, stating the June’s Fiji Pro will be his last event.

“The sport has given me so much,” Burrow said. “Years of incredible waves, experiences and friendships that I’ll never forget. The WSL officials and competitors have not only pushed me to be a better surfer but have also become family to me.”

A nationally-celebrated amateur career in the 1980s and 1990s laid the foundation for a preternatural rise to the international stage. At 17 years of age, Burrow successfully navigated the WSL Qualifying Series (QS) in 1996, but respectfully declined qualification to the elite level in favor of preparing another year. The postponement yielded significant dividends with the Western Australian going on to post one of the sport’s longest and most celebrated careers.

“Taj Burrow has made a huge contribution to the sport of surfing,” Kieren Perrow, WSL Commissioner, said. “He is a surfer who inspired generations and sparked an approach that has raised the level of performance surfing in competition to unprecedented levels. The WSL is extremely fortunate to have had Taj on tour for nearly two decades and we wish him all the best in the next chapter of his life.”

In addition to his competitive success, Burrow lead the evolution of high-performance surfboard design (working with world-renowned shapers like Maurice Cole, Greg Webber, Nev Hyman and Matt Biolos) as well as starred as one of the planet’s preeminent free surfers in films such as Sabotaj, Montaj, Fair Bits, Hit and Run, Stranger Than Fiction, Trilogy, Still Filthy, Snapt I and II as well as a host of others.