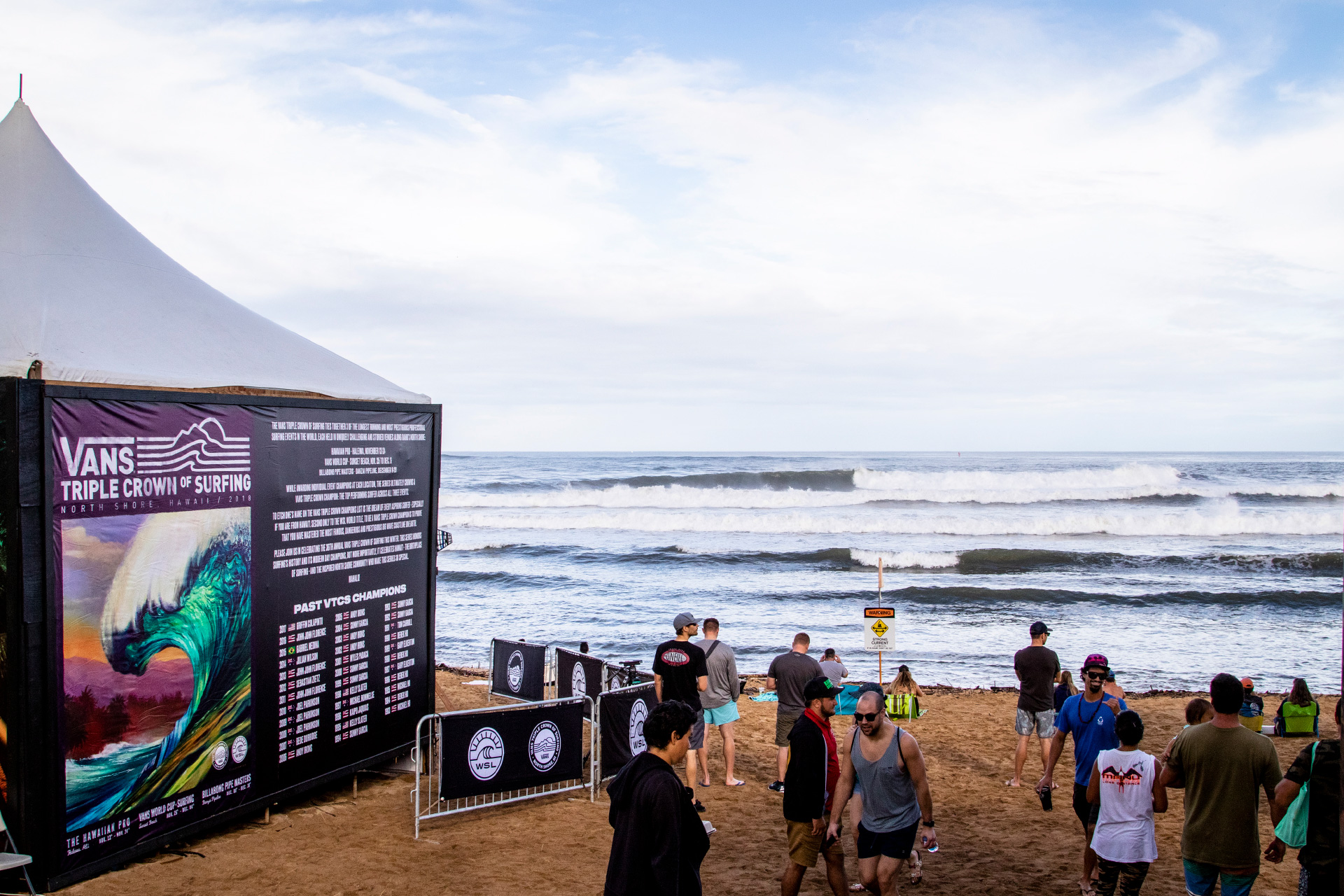 The many faces of Hale‘iwa, from 12 foot and terrifying to a head-high skatepark, make the Hawaiian Pro one of the most exciting venues of the Vans Triple Crown. A spectator's delight, the natural amphitheater of Hale‘iwa beach give you front row access to one of the premier performance waves on the North Shore. Photo: WSL / Heff
Feature
·5 min read

The first event of the Vans Triple Crown is the Hawaiian Pro at Ali‘i Beach in Hale‘iwa. As one of the last few events of the WSL Qualifying Series (QS) season, and one of only six events on the 2019 schedule that carry the heavyweight QS 10,000 points status, the results of the Hawaiian Pro has a profound impact on the end-of-year rankings and Championship Tour qualification scenarios. The town of Hale‘iwa is considered the gateway to the Seven Mile Miracle of O‘ahu’s North Shore, so it is only fitting that the Hawaiian Pro is the launching point for the Vans Triple Crown.

Surfers well-versed with the waves of Hale‘iwa are quick to note that this is a surf spot of many faces. Surfable from 2-12 feet, the waves can vary from tricky beach break-like conditions to a gnarly, grinding right-hander that comes to life on the outer ledge of the reef when the swell gets serious. While progressive maneuvers and aerial surfing come into play on the smaller days, power surfing reigns supreme at Hale‘iwa. And with only two goofy-foot champions in the event’s history, the wave favors powerful regular-footers who are able to channel the performances of Sunny Garcia—one of the sport’s greatest power surfers and five-time winner of the Hawaiian Pro.

An easy spectator experience, this event allows for front row seating on the sand as competitors tackle the challenging conditions that make this wave noteworthy. 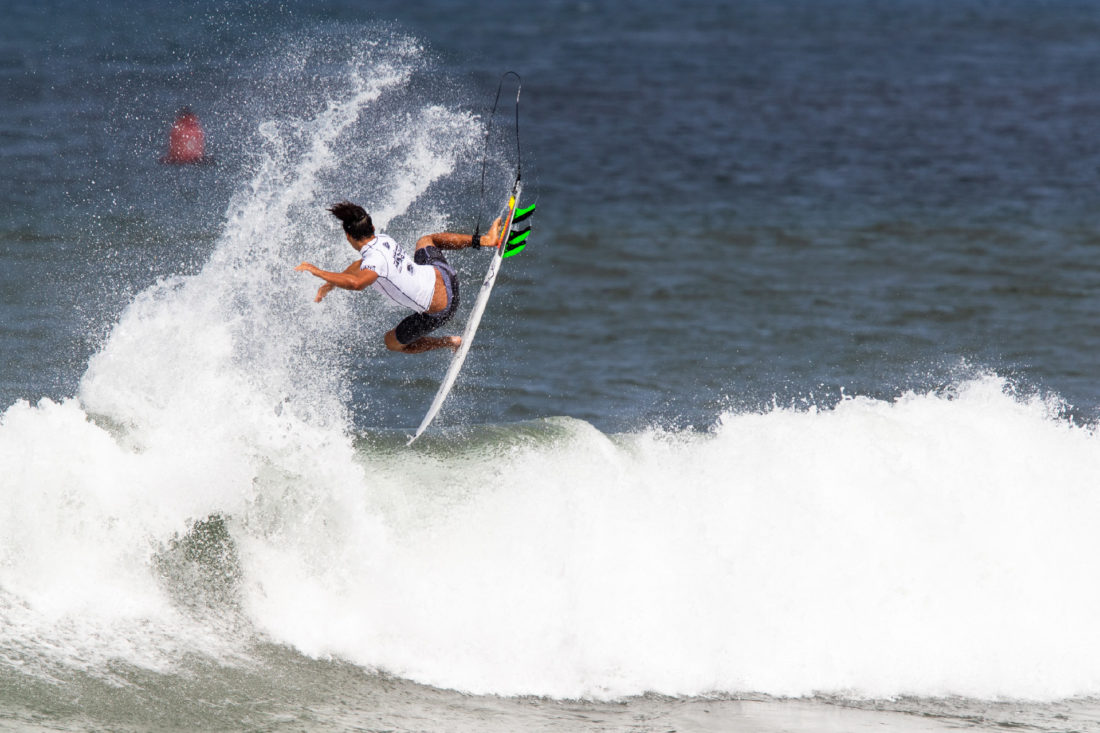 Two of Hawai’i’s best, Barron Mamiya (above) and Seth Moniz (below), looking to do big things in the 2019 Hawaiian Pro. For Mamiya, the pressure is on; sitting 12th on the QS (currently the last spot for CT qualification is 12th place with two double-qualifiers sitting in the QS top 10), he needs a solid finish on his home turf to maintain a qualification berth. Meanwhile, with requalification a non-issue for Moniz (ranked 11th on the CT), and as a perennial stand-out on the North Shore, he will be particularly dangerous as he sets his sights on conquering his first Vans Triple Crown title. Photos: WSL / Heff 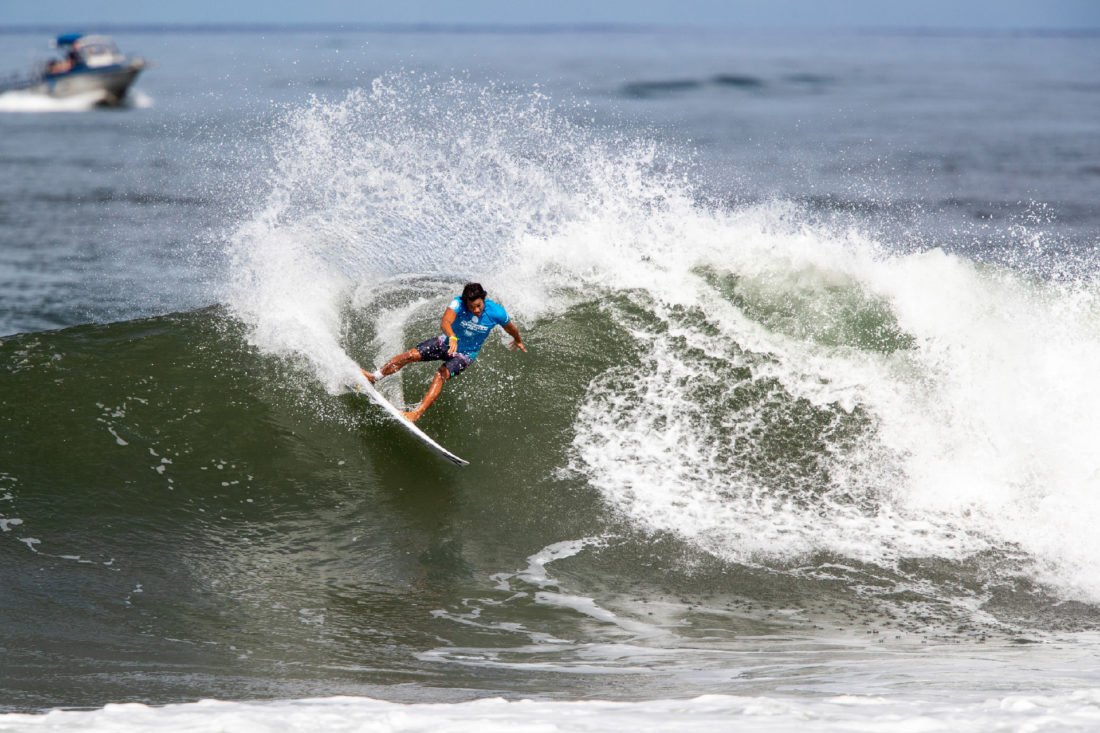 Hale‘iwa can handle surf from 2-12 feet and is best on a clean, large west swell.

Classic Hale‘iwa comes to life when the swell is 4 feet and above. The wave moves to the outer ledge of the reef and gets critically steep and hollow as the size increases.

Under 4 feet, Hale‘iwa features a right and a left—a fun, ripple wave in either direction.
The inside section of the right is nicknamed “The Toilet Bowl,” which drains over shallow reef allowing for show-stopping finishing maneuvers and dramatic wipeouts.

Conditioning and strategy are critical here due to the notorious Hale‘iwa current. On bigger swells, especially from the northern direction, the aging river-like rip sucks out to sea towards Puena Point, challenging surfers’ endurance and athleticism.

On the northern end of the beach, near the breakwall is a take-off zone aptly named “Peaks” that competitors will sometimes sneak off to in order to wrangle a quick score.

The Hawaiian Pro is free and open to the public.

Food and drinks are generally available for purchase from on-site vendors during the event. Additionally, there are numerous restaurants and shops in adjacent in Hale‘iwa Town.

Where to Park
Located off Hale‘iwa Road, enter Hale‘iwa Ali‘i Beach Park from the west end of the harbor. Parking is limited at the event site.

Additional parking is available on Hale‘iwa Road along the wooden curb heads. Be sure to heed all ‘No Parking’ signs and be respectful of neighborhood residents.

Rainos Hayes, North Shore Local, Billabong Hawai‘i Team Manager, Personal Coach to CT Competitors Courtney Conlogue and Seth Moniz-
“Unless Hale‘iwa is West and perfect, it’s pretty difficult for all four competitors to get a good shot at a large score. There’s a lot of current and there aren’t actually that many rideable waves, so positioning and wave-knowledge are essential. In a set of four or five waves, you’re probably only going to get one really good one, another one that’s fairly rideable, and the other two are sometimes closing out especially if there is a northwest direction in the swell. So the best wave in the set could offer a score of seven or higher, the other may be around a five, and the other couple waves are twos and threes.”