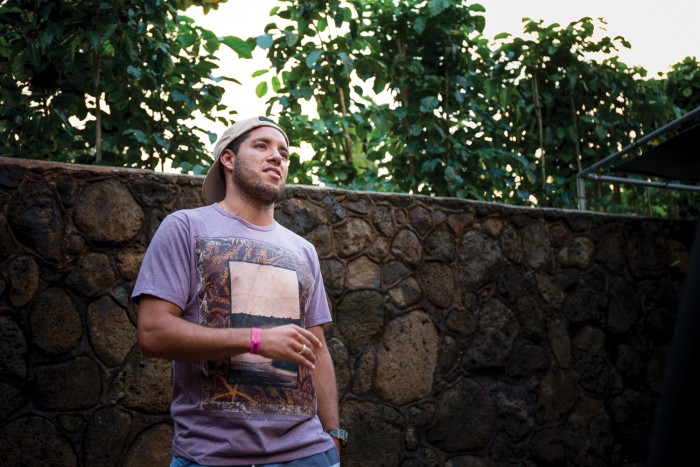 For the Record: Adriano De Souza on the 2015 Title Race

As of early November, the World Title is still up for grabs and you’re within reach of claiming it. How does that feel?

To see my name at the last event of the year have a chance to win the world title…for me it’s such an honor and also everything I’ve been waiting for. It’s the biggest opportunity I’ve had in my whole life and hopefully I can take full advantage of it. My beginning was so hard and so humble and being a professional surfer was already a dream. I was able to take my family outside of the poor areas to put them in a nice spot and be comfortable. For me, surfing is everything. Through surfing, I can see the country, family and friends, beautiful waves. Surfing has provided everything I could want and now to be a contender for the World Title is more than I can imagine. I’ve been working so hard for this and the day has finally arrived.

Are there big decisions that you look back on that have helped get you to where you are today?

When I moved to California, I was searching for a new experience. I learned to speak better english and I want to be different than all the other Brazilians on tour. When you move, you see a different reality of surfing and the community around it and I learned that more than when I was in Brazil. In Brazil, surfing was so small. The history of surfing was only 30 years old while there’s so much history [in places like California]. Then when I come to Hawaii to spend 4 months here, I learn to respect to be one of the guys. I’m happy to have made the move in the past and now have all of that with me.

You watched fellow Brazilian Gabriel Medina take home his and Brazil’s first world title. Was that a bittersweet feeling?

To be honest, half of me is happy and the other part isn’t. Because I wished very much to be first. But after Gabriel won the title he showed me how to get there. He just said Adriano that’s the way. And it wasfun to watch but it was also a tough experience, not being able to be there and miss all those good things. I was sad for that, but in Brazil the whole country was freaking out! It was pretty good to see how high surfing in my country went. I told myself that I was going to work even harder to get to where I am today, so I’m happy to be here.

What has it been like to watch as the Brazilian Storm grow?

I’m so happy to be part of Brazilian storm. It grew so fast, much faster than most people thought. We have a world champion and Italo Ferraro just showed up and this year Filipe Toledo won 3 events. I think we have some of the best moments in surfing and the country has support us so much. For the last 30 years, we’ve gotten punches in the face and now we’ve grown and are learning from those punches.