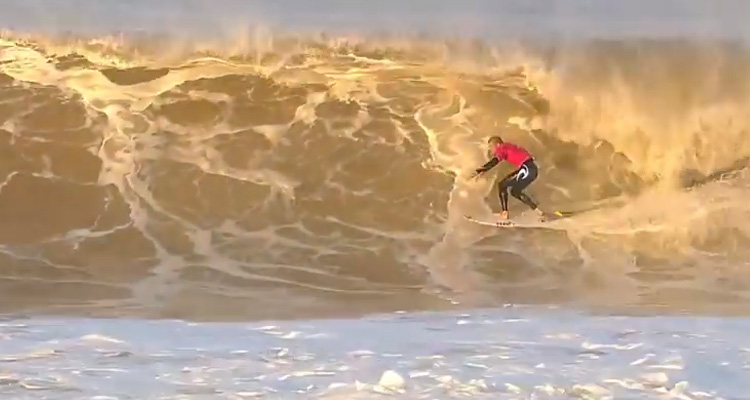 The race to win surfing’s ASP World title will go down to the final event of the season in Hawaii after current tour front-runners Gabriel Medina and Kelly Slater were eliminated in round three of the Moche Rip Curl Pro Portugal.

Medina was looking to wrap up the title in Portgual but was outclassed by Brett Simpson while 11-time World Champion Slater, who is second in the overall standings, was beaten by Aritz Aranburu of Spain.

With the win Fanning keeps himself in the title race with the all-important season-ending finales – the Billabong Pipe Masters in Hawaii –  December 8.