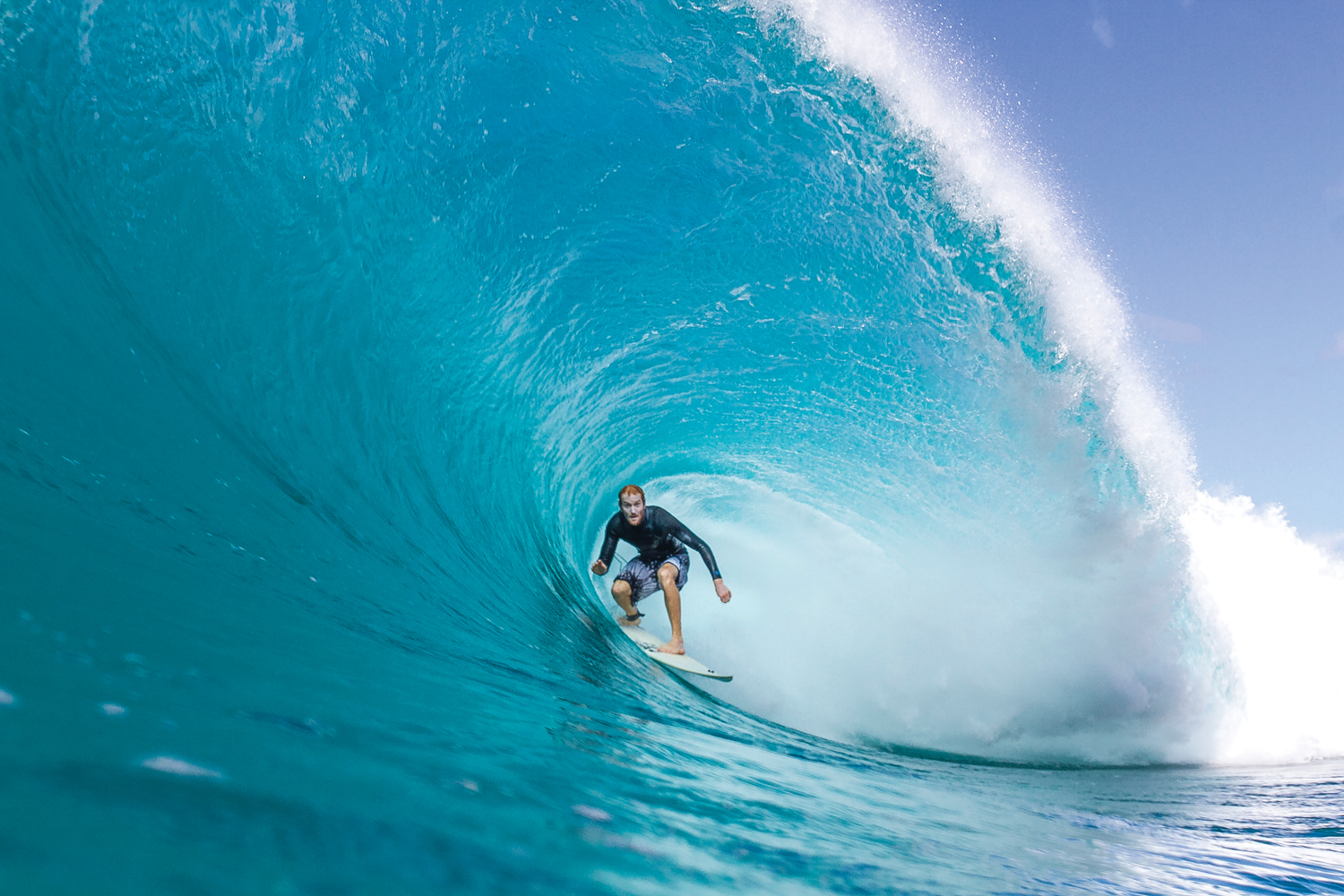 The O’Neill Wave of the Winter event, powered by Surfline, is now in its sixth official winter. But the unofficial ‘Wave of the Winter’ has been going down much longer than that. With hoards of hungry surfers flocking to the North Shore’s winter swell every year, inevitably someone will get and be able to claim the best wave of the winter, whether there is a prize purse behind it or not.

This winter season was no different. The Wave of the Winter event officially runs from November 1st through the end of February, where video clips serve as entries along the 7-mile miracle of the North Shore. Due to the sheer quality of waves and amount of coverage, the winning wave always comes from the stretch of reef between Off The Wall and Pipeline, affectionately known as Kodak Reef. While El Niño swells came to the party, many of them were in fact too big for the Pipe stretch to really do its thing. None the less, a multitude of worthy entries made picking this year’s winner a tough job.

Judges Gerry Lopez, Shawn Briley, Pancho Sullivan, and Ross Williams ultimately agreed that the Big Island’s Mikey O’Shaughnessy’s Off The Wall ride was perfect, technical, and big enough to be deemed ‘Wave of the Winter’, taking home $25,000 and of course– bragging rights.

“I remember just looking at it as if it was a closeout,” Mikey said. “As I got to the bottom, I noticed it throwing really hard, and I was like ‘this is really beautiful.’ And then, I noticed there was an exit out of it — it was far away, but I was like, ‘maybe I can make this wave…’ I didn’t really think I was gonna make it the whole time until I made it out.”

The stoked Mikey O’Shaughnessy now joins the likes of Jamie O’Brien, Kelly Slater, Reef McIntosh, Ricardo Dos Santos, and Kalani Chapman as official winners of the prestigious winter-long event. But that’s not going to stop all of those names, as well as every surfer who paddles out to esteemed North Shore breaks, from battling it out for next year’s Wave of the Winter.