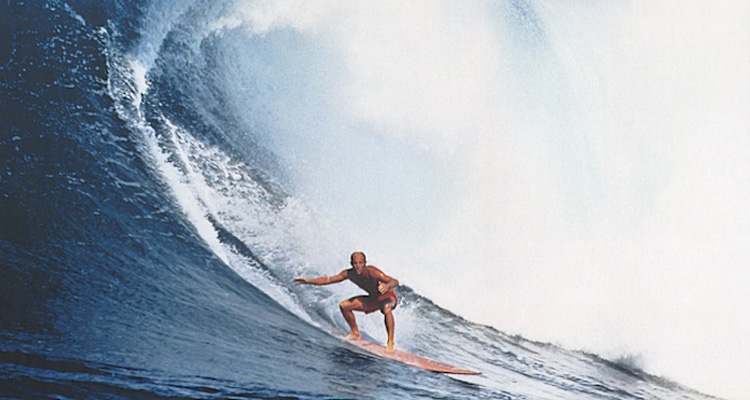 Back when there were no board leashes or even lifeguards on Oahu’s North Shore, Ricky Grigg became famous for surfing giant waves. He could be seen at Waimea with Eddie Aikau, and he won the 1966 Duke Kahanamoku Invitational Surfing Championship, on waves that the Duke said where 12 to 18 feet — face height.

“Duke Kanahamoku said it,” recalled Grigg in a 2011 interview. “You want to argue with Duke? Not me!”

Richard W. Grigg was born on April 12, 1937 in California, and began surfing at the age of nine. He eventually came to Hawaii and was among the first surfers to put the North Shore on the map.

Known for his easy laugh and his daring adventures, Grigg was also an intellectual, earning a master’s degree in zoology and a doctorate in oceanography, eventually becoming a professor at the University of Hawaii.

“Ricky really was, for lack of a better cliche, a pioneer that really was a waterman,” said friend and fellow surfer Fred Hemmings. “His breadth of knowledge of the ocean really goes beyond just riding waves.”

Grigg was among the world’s leading experts of deep water corals, and also was a guinea pig when he and nine others lived underwater off the coast of La Jolla, California, for 15 days in a 12-by-60 foot cylindrical steel chamber known as Sealab II.

Check out Ricky’s biography on the Encyclopedia of Surfing