Click here to join in and LIKE the XXL at www.facebook.com/BillabongXXL
NEWPORT BEACH, CA – (May 1, 2014) – Anticipation is swelling as the best big wave surfers on the planet gather in Southern California ahead of the Billabong XXL Global Big Wave Awards this Friday, May 2. The gala ceremony will sweep into the Grove Theater in Anaheim where the greatest rides of the last year will be celebrated and over $120,000 in prize money will be awarded to event champions. Nominees run the gamut from established superstars like Hawaiian Shane Dorian and Californian Greg Long to emerging performers like Andrew Cotton of England and Gautier Garanx of the Basque Country of France.
Surfers are contending in seven categories including the Biggest Paddle, XXL Biggest Wave, Tube of the Year, Billabong Women’s Performance, Surfline Men’s Performance, Best Wipeout and the all-important Ride of the Year Award. Some 2,000 invited VIPs will witness the awards ceremony in person, but viewers worldwide can also tune into the live streaming webcast of the entire proceedings at BillabongXXL.com starting at 7:45 P.M Pacific Daylight Time.
The 14th Annual Billabong XXL Big Wave Awards will once again serve as the Oscars for the big wave surfing world, acknowledging landmark moments in the sport at any break anywhere on the planet as long as it was captured on camera. Nominated waves were challenged in Portugal, France, Tasmania, Tahiti, South Africa, Mexico, Hawaii and California and highlight clips will be played for each category, making for one of the best surf movie experiences of the year. All the nominated rides can be viewed on the event website at www.BillabongXXL.com.
Most eyes will be fixed on the outcome of the video-oriented Ride of the Year category that carries $50,000 for the winner and another $14,500 for the other place-getters and videographers. This year all five nominees are paddle-in waves, reflecting the sport’s general trend toward its traditional approach, with three rides taking place at Jaws on Maui, featuring 2013 ROTY winner Shane Dorian from the Big Island and two young upstarts from Maui: Billy Kemper and Shaun Walsh (brother of XXL Biggest Wave nominee Ian Walsh). Providing more international flavor to this year’s Ride of the Year nominee list are South African Grant “Twig” Baker at Dungeons in Cape Town and perennial standout Greg Long (San Clemente, California) at Puerto Escondido, Mexico.
The proceedings on Friday night will also include the crowning of the new champion of the Association of Surfing Professionals’ Big Wave World Tour circuit which integrates the results of up to six one-day big wave surfing events around the globe.  Newly-minted 2013/14 BWWT champ Grant Baker of Durban, South Africa will accept his accolades for his epic year on the same XXL stage, marking the start of a new partnership between the ASP and the XXL Big Wave Awards which will guide the sport in to the future.  The webcast will also be carried on theASPWorldTour.com site. 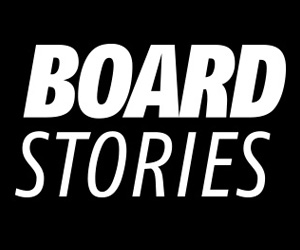