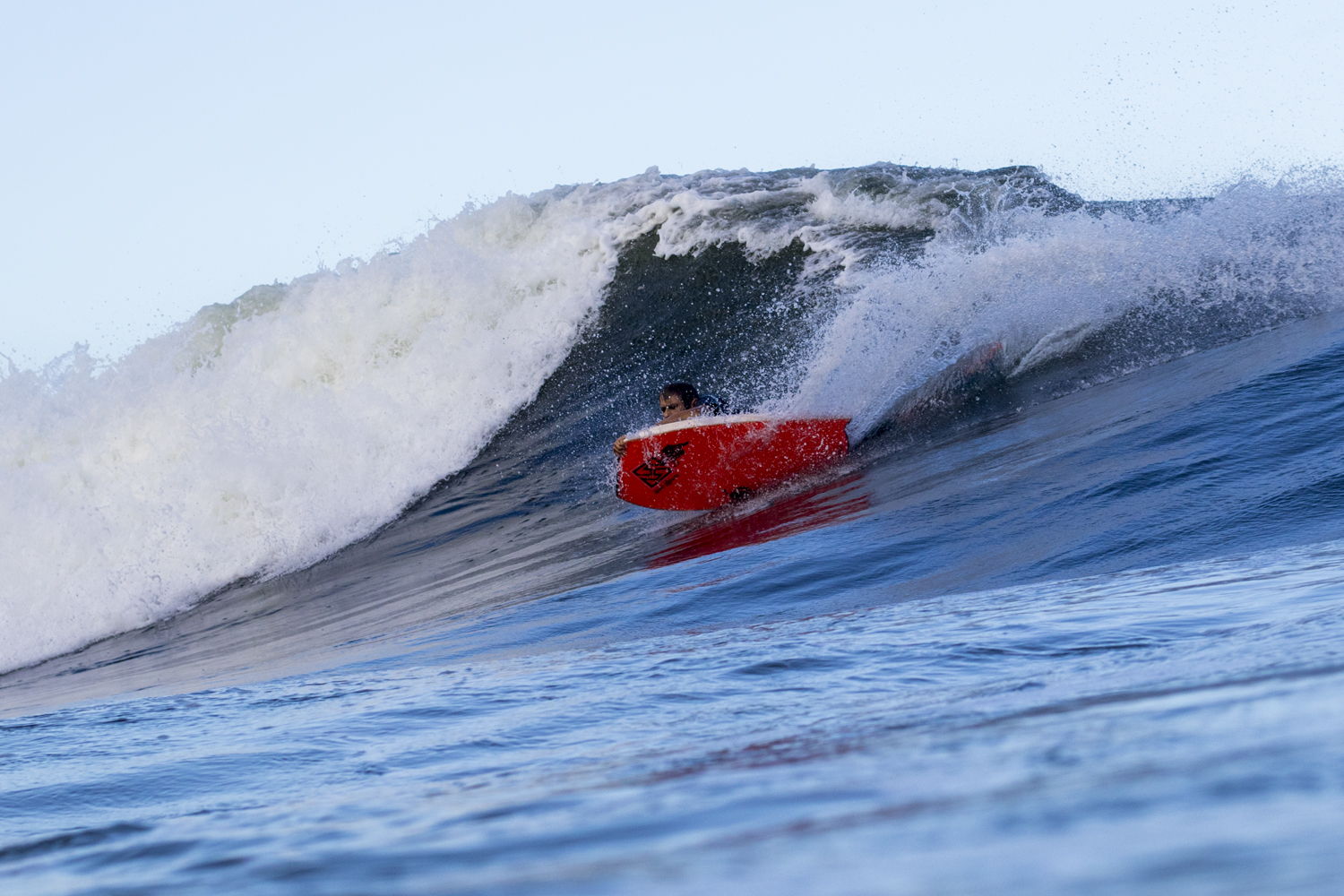 Hubbard previously won the Men’s division at the Ala Moana Bowls Challenge (August 2-7) and the Sandy Beach Challenge (September 2-5).

“A big thanks goes out to [Tour Organizer] Norm Skorge, the staff and Mike Stewart for making sure this event happened,” said Hubbard after his win.

“It’s so awesome to have a Tour here in Hawaii, and we’re so blessed to have such good riders come out of all areas of the state,” he continued. “In this Final we had young gun Peyton from the Big Island, Sammy Morretino from Kauai. Mike [Stewart] and I held it down for the older boys. Thank you everyone for coming out. What a great day we had in Hilo!”

Both Sammy Morretino and Peyton Oda, who were pitted against two icons of the sport in the Final, didn’t flinch. They battled their way through the heat, flipping, spinning and carving until the final horn sounded. Peyton came in fourth, and Sammy was edged out by second place finisher Stewart by only 0.30.

Sammy, 19-years-old, didn’t show any signs of exhaustion in the Final, having already surfed in the DropKnee Final just minutes prior.

“I don’t even know what to say,” Sammy said after being told that he was the 2016 Hawaii Bodyboarding Pro Tour Champion in the DropKnee Division. “I’m stoked, so thank all you guys for putting the event on. Another thank you to my sponsors, thank all you guys. It’s been a great year.”

While the Men’s and Dropknee divisions ran on Sunday, a myriad of other divisions – the Women’s, Stand Up, Junior’s and Master’s – ran on Saturday, November 19.
Kauai’s own Tanner McDaniel soundly won the Junior’s division at Honoli’i, and was crowned as the Junior Champion for the 2016 Tour, with solid finishes at both Ala Moana Bowls and Sandy Beach.

Karla Costa had a dominant year, finishing first in the Women’s division and Mack Crilley, after coming in second to Sammy Morretino at Honoli’i, was named the Stand up Champion for the year.
The Miller’s Surf Challenge, the last stop on the 2016 Hawaii Bodyboarding Pro Tour featured over 100 competitors competing for $6,000 in cash prizes among 6 divisions: Men, Women, Drop Knee, Junior, Standup and Masters.