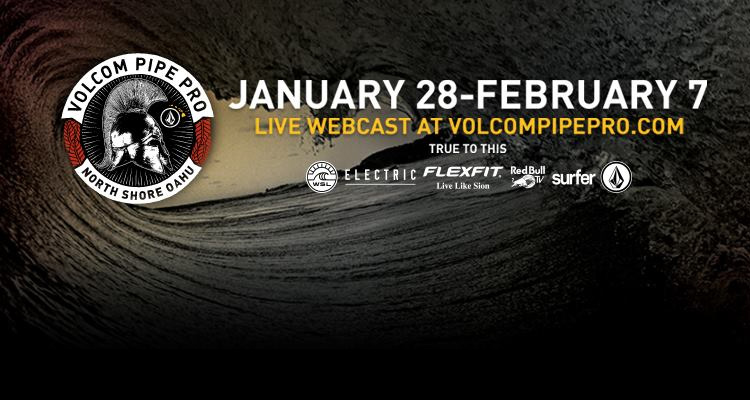 The Volcom Pipe Pro waiting period begins tomorrow, January 28, extends until February 7 and the North Shore community couldn’t more excited. Because where else can you pit John John and Kelly and Mason and Jamie and a slew of surfing’s other heavy hitters against each other in the ultimate Pipeline proving grounds, with the opportunity to start the new competitive year off with guns blazing and win $100,000 in the process?
El Nino is going to lash the North Shore Wednesday night with (predicted) triple size overhead swell, so we could see some action in heat form as the conditions looks to clean up later in the week. If you want the best viewing seats for the aforementioned swell and see painless parking along the way, stay tuned to the action online and via the app to determine when the contest sees a green light and don’t forget to arrive a bit early to alleviate the traffic up and down Kamehameha Highway.