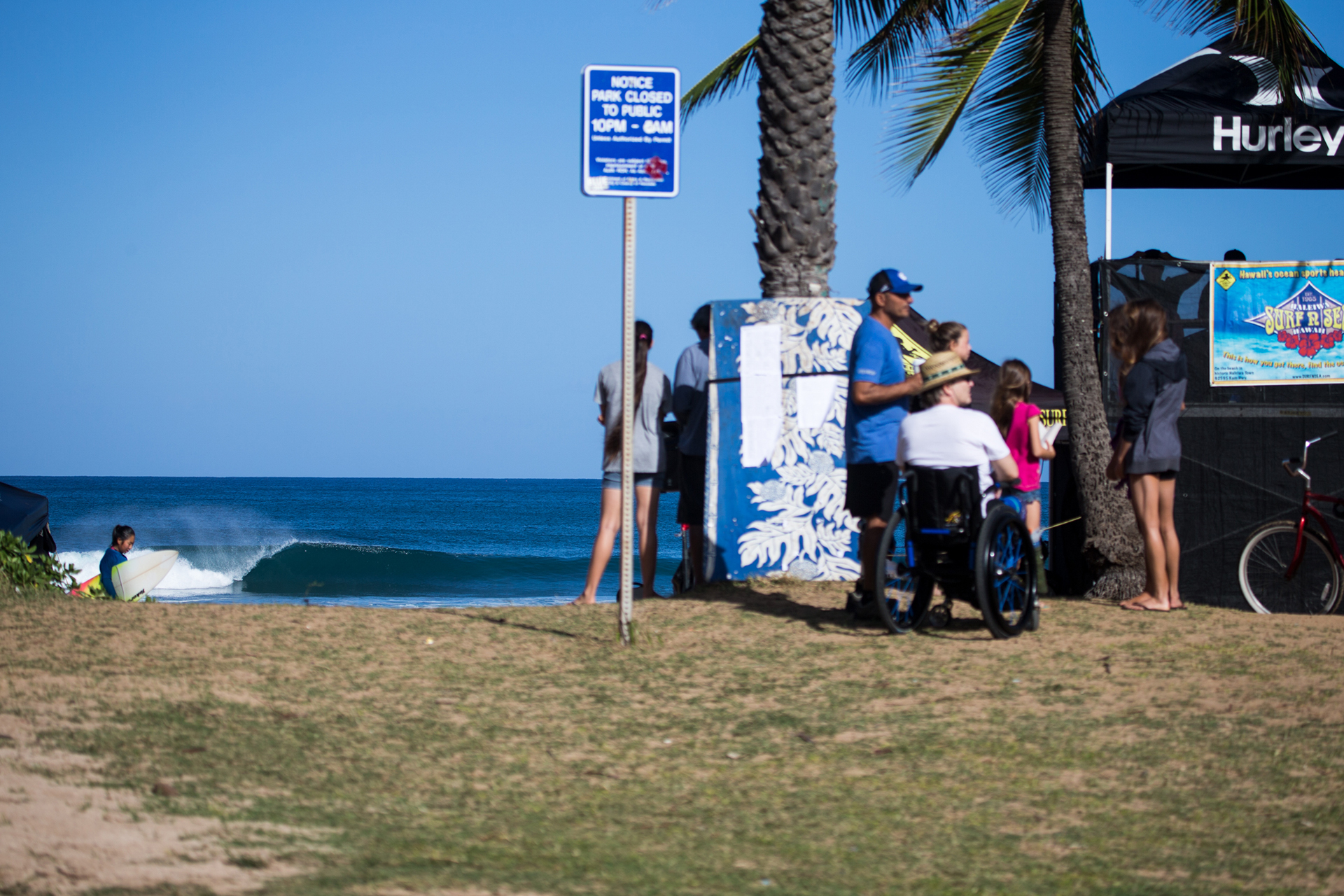 With a 12 day waiting period from December 22 – January 3, the 48th Annual Haleiwa International Open – regarded as the longest running event in Hawaii, according to event organizer Joel Centeio – will conclude tomorrow, crowning champions in divisions ranging from 13 and under to the Grand Masters, 60 and over.
Originally started by world surfing champion Rell Sunn and Earl Dahlin as a goodwill event for visiting Japanese surfers, the event grew over the years with more international as well as local surfers entering the event. This contest consists of shortboard and longboard categories for boys, junior men (ages 16-20), women (all ages), men (all ages) and seniors (ages 51-59, grandmasters (ages 60 and over).
“It’s a really solid community event, and a lot of local guys look forward to it because you get a chance to surf Haleiwa with only three other guys out, and when it’s perfect like this, you can’t beat that,” said Centeio. “The Masters division is super competitive, with guys like Ross Williams, Matty Liu, Sean Yano, guys that used to surf professionally. In the Grand Masters, you have guys like Uncle Jock Sutherland, so it’s exciting to see the generations coming back to the event and doing it. Today, it’s pretty epic Haleiwa in the 3-4 foot range and by this eventing it should be 6 foot. The waves will be excellent tomorrow.”
To see the Finals divisions, head down to Haleiwa Ali’i Beach Park today and tomorrow or stay tuned to FreesurfMagazine.com for a full list of results.