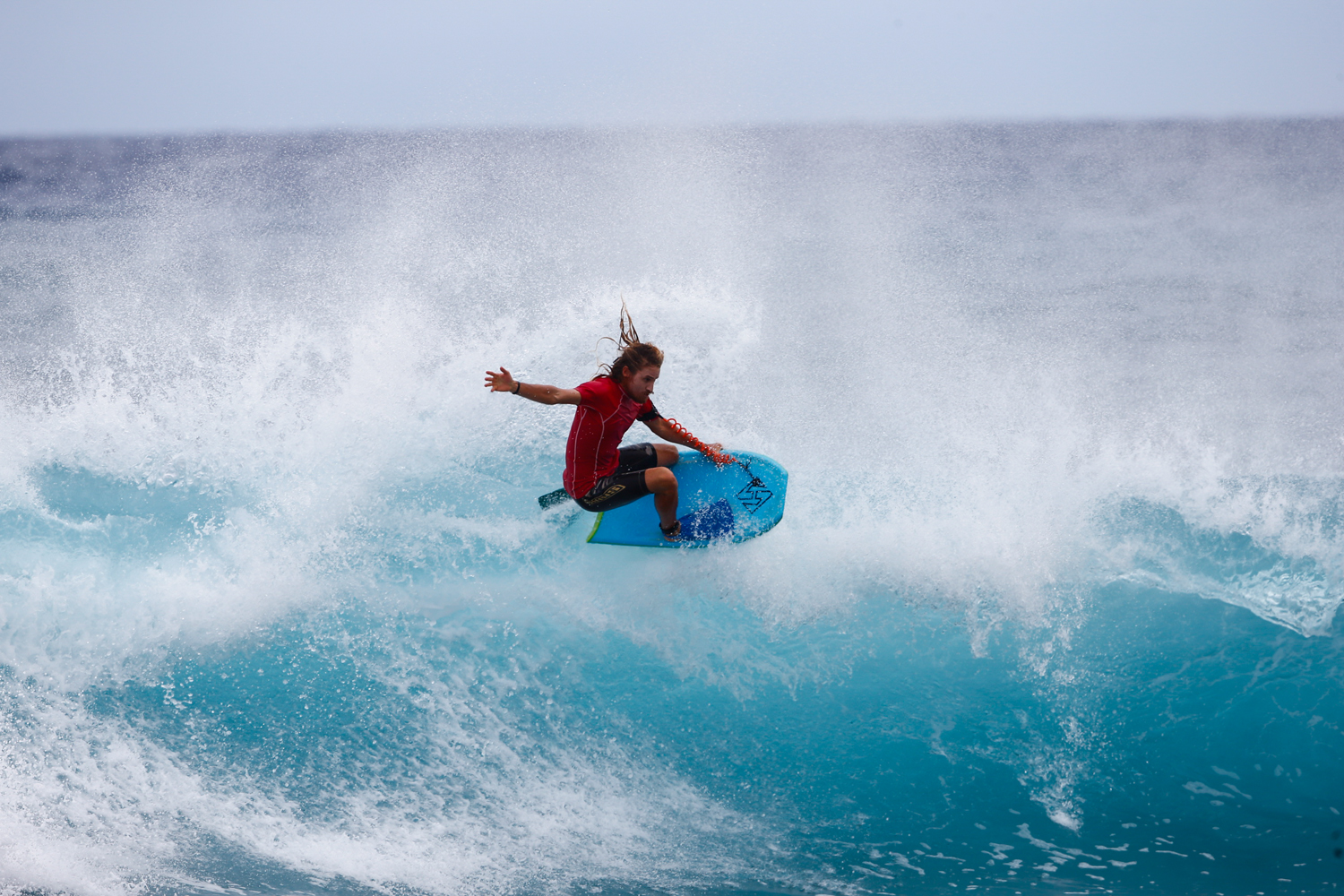 Over Labor Day weekend, an international field of competitors will take to the lineup at Sandy Beach to compete at the second stop of the Kellogg’s 2016 Hawaii Bodyboarding Pro Tour.

“Bodyboarders are going to be putting on a show, with incredible acrobatics and aerial maneuvers,” said Tour Organizer Norm Skorge. “With the sun, the surf, the holiday crowds and the contest vibe, it’s going to make for an epic weekend at Sandy Beach.”

“I’m pumped about this event in particular, because there is such great history and tradition at Sandy’s. It’s been an exciting venue for bodyboarding from day 1 with some of the earliest contests for the sport ever held there in the late 70s and early 80s,” said Skorge.

The first day of competition – either Friday or Saturday – will feature the Stand Up, Drop Knee and Junior heats that did not run on the last day of the Ala Moana Bowls Challenge. That contest, which saw action on August 5-6, had day 2 called off due to a sewage spill near the surf zone.

“We’re picking up right where we left off,” said Skorge. “Whatever heats didn’t finish, we will run it on the first day of our holding period, before we start the Sandy Beach Challenge. We’re making the best of a tough situation, and everyone gets that it was a strange circumstance. We did the right thing to clear the water and postpone finishing the event for everyone’s health concerns. The competitors are stoked to pick things back up again and finish for tour points.”

The second and third day of the contest period – September 3-5 – will be the actual Sandy Beach Challenge event.

Although it’s too early to tell the exact size of the swell that will be on hand for the second stop on the 2016 Hawaii Bodyboarding Pro Tour, it’s local knowledge that the break delivers trade swell on a consistent basis – just one of many reasons to come check out the Bodyboarding Pro’s showcasing their skill.