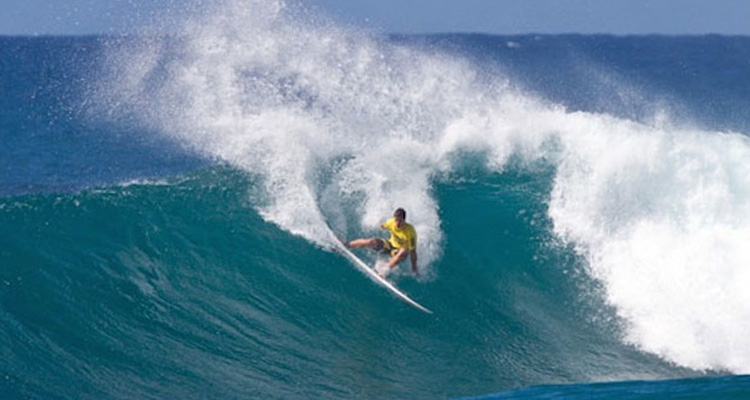 With the penultimate event of the Samsung Galaxy ASP World Championship Tour wrapping up yesterday in Portugal, Hawaii now becomes the focus of the surfing world. The ASP men’s and women’s world titles will soon be decided here, but before then two totally different battles will heat up, starting next week at Sunset Beach with the HIC PRO, the Official Qualifier for the Vans Triple Crown of Surfing.

The final hunt for critical ASP World Qualifying Series ratings points will aid aspiring hopefuls in their bid to qualify for the World Championship Tour. The opportunity for Hawaii’s pro surfers to secure a slot that in the VTCS and prove themselves on the world stage.

The HIC Pro is also an important time for surfers to fine-tune equipment and performances ahead of the famed Hawaiian winter surf season. North Shore’s own Fred Patacchia is the #1 seed for the event, returning home from Portugal in time to begin his winter campaign.

Beyond Patacchia, look for a truly inspired young field of aspirants who are climbing the ranks with an eye on becoming part of Hawaii’s “new order” of professionals. Among them: Kaito Kino (20); Kaulana Apo (16); Kalani David (16); and Kaimana Jaquias (21). Of course, Sunset wouldn’t be Sunset without a handful of seasoned competitors. Among them look for Joel Centeio (31); Evan Valiere (30); Jamie O’Brien (31); Fred Patacchia (32); and Pancho Sullivan (41).