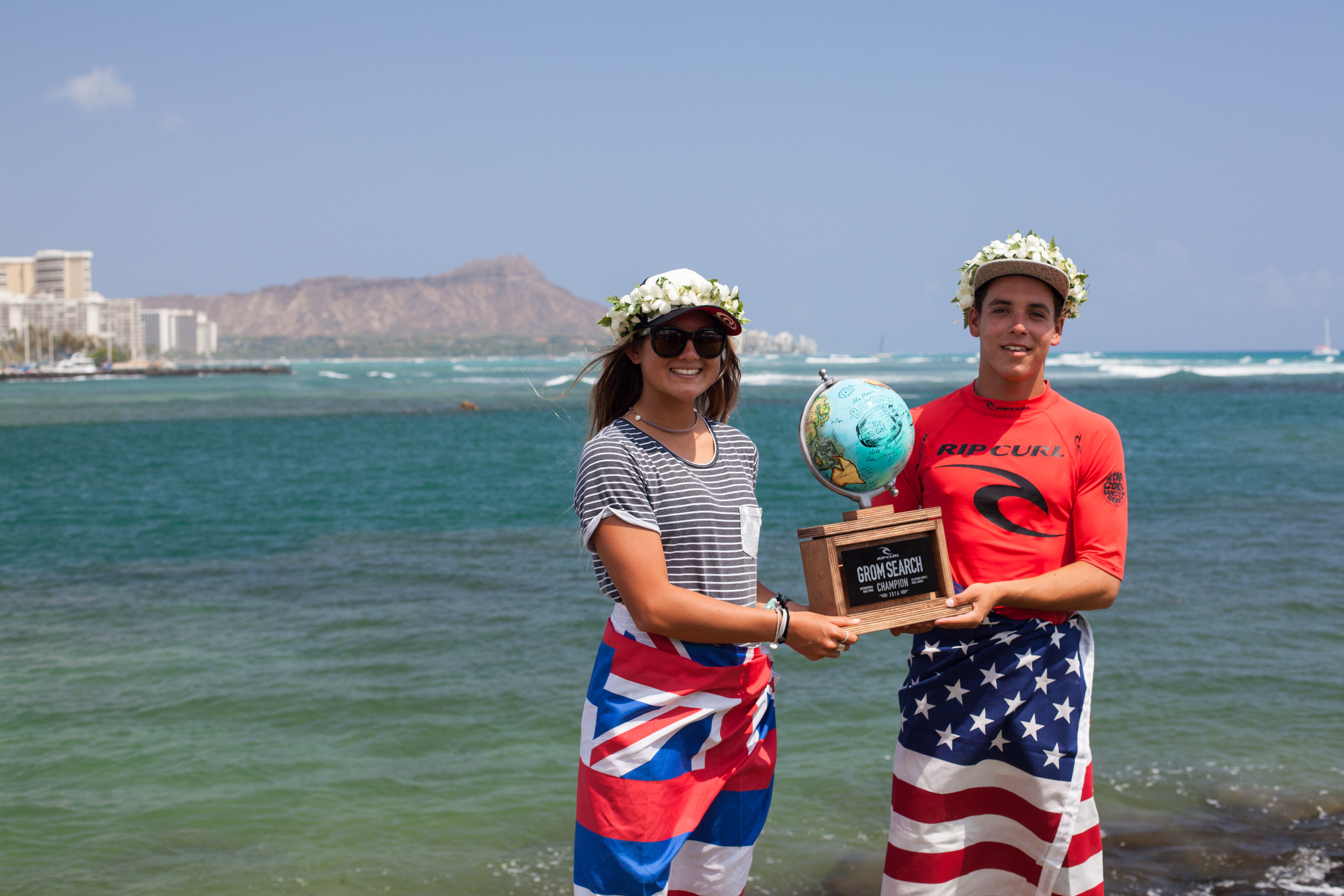 With continued momentum Brisa Hennessy (HAW) took control of her semi-final heat against Raiha Ensor (NZL), with a series of backhand re-entry maneuvers Brisa finalized the heat on a total heat score of 11.17 to advance through.

Leilani McGonagle (CRI) was in the following semi-final against France native Juliette Brice. With a slower heat on offer, McGonagle got busy locking in a 6.10 and a 4.83, finishing out the heat with a 10.93 total score, over Brice’s 7.13 points.

Nolan Rapoza needed his best performance of the event to overcome Rio Waida (IDN) in the semi-finals, who had locked in an 8.50 on his opening ride, applying early pressure to the American. Nolan answered back with a near perfect ride of 9.83, advancing him to the final with a total heat score of 17.66.

In the next semi-final Kehu Butler (NZL) had to overcome the dangerous Koby Oberholzer from South Africa, who had been in outstanding form throughout the event. It took two excellent scores from the Kiwi (18.04 points out of 20) to progress to the final.

Before the finals got underway, local legends Mason Ho, Fred Patacchia and Mikey Bruneau paddled out with the groms for two 30-minute expression session heats, presented by Skullcandy.  This gave the surfers a great opportunity to compete against each other one more time in the event, whilst the finalists rested for their upcoming heats.

With conditions pulsing the women’s final hit the water, between the 2014 Champion Brisa Hennessy, and defending 2015 Champion Leilani McGonagle, competition was fierce. Brisa opened with a 7.83 after connecting a set wave through to the inside bowl, and backed it up with 3.73. Leilani soon followed with a 5.00 and 5.73, but it wasn’t enough to take the lead, leaving Brisa Hennessy the 2016 Rip Curl GromSearch International Champion.  “I can’t even explain my emotions” said Brisa, “this means the world and just being on the board again is incredible, and all these names I look up to so much.  The final was kind of tricky, but I look up to Leilani a bunch and we are such good friends, so I am just so happy.”

Next in the water was the highly contested boys final, Nolan Rapoza versus Kehu Butler. Nolan started with a bang, locking in a 8.50 on his second wave of the heat after connecting a string of forehand maneuvers, putting Kehu on the back foot within the opening minutes. Although securing a 6.83 and a 5.33 for a total heat score of 12.16 points, the American was too strong, finishing the day on 13.17 points.  “I am stoked, I just felt good today and I wanted to keep the roll going, the waves were kind of slow in the final, but I guess the pieces are put where they were and that’s how it ended up,” said Nolan in his post heat interview.