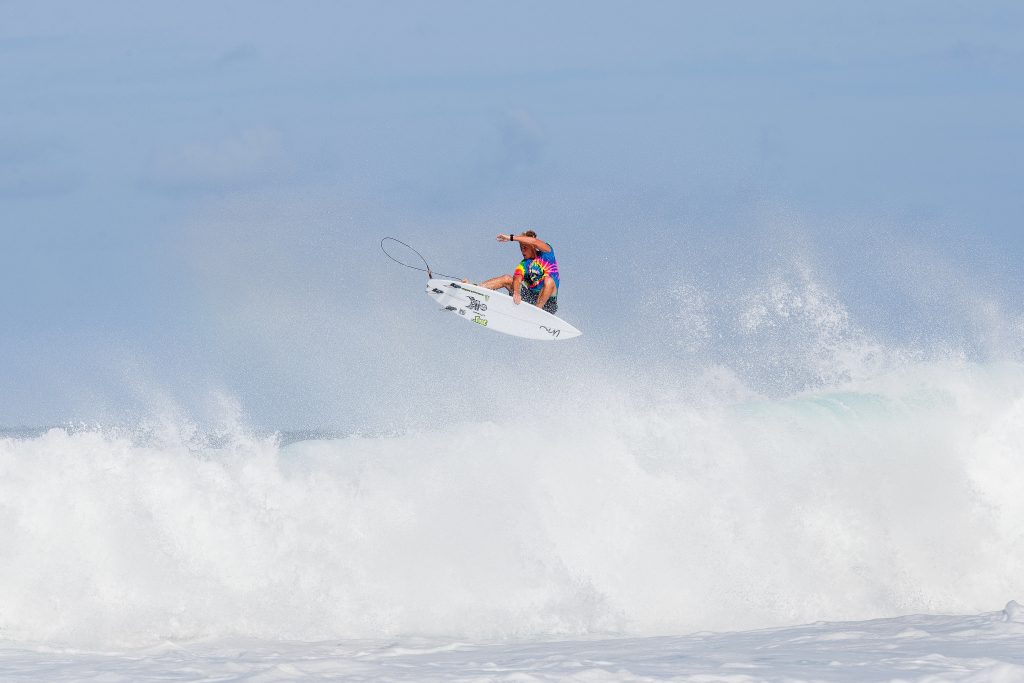 Send Aloha to Jake Davis and get a fresh tee!

Get a Jake’s Strength t-shirt here!

Almost a year ago, Jake Davis was rushed into emergency surgery to cauterize an out-of-control blood vessel that was strangling his T1 through T4 vertebrae. At the time, Jake was on top of his game and his career was growing quickly before his life changed before all of our eyes.

Suffering from a rare disorder called Spinal Arteriovenous Malformation (AVM). Leading up to the emergency surgery, over an eight-month period, Jake had been experiencing crippling pain in his back, neck and head. The symptoms were further exacerbated after he suffered a wipeout in Hawaii in the fall of 2015 that drove him head first into the reef. Eventually he was diagnosed with AVM by Dr. Robert Bray. When Dr. Bray, who had discovered the disorder ten years prior, cut into Jake’s back it was only the 33rd time he’d performed the operation. Dr. Bray undoubtedly saved Jake’s life, but the pain remains.

“On a scale of one to ten, sometimes the pain is an 800. “It feels like my spine is going to explode while I’m being electrocuted,” describes Jake. “I’m figuring it out, but I have a long way to go with the therapy and rehab.

Progress has been slow, but Jake’s happy to say he’s finally off the pain killers the doctors had prescribed him and is dealing with his ailment more holistically. Even the most menial tasks stress out Jake’s brain and nervous system in some very serious ways with the potential to last for the remainder of his life. His short-term memory is shot, he can’t read or watch TV “because of how it affects the nerves in the back of my eyes,” confides Jake.

Through all of this, Jake has come to understand that when it comes to living life, it’s about appreciating the time you have with the people around you. Jake could be dead right now. Best case scenario, he has a very, very long and painful road before him. His disorder has not only been devastating on Jake, but on his family and loved ones as well. Perhaps the most impactful statement Jake has made throughout all of this is, “If you can hang on, sometimes there’s a silver lining to even the darkest clouds.”

His spinal neuro surgery and the impending months of rehabilitation, in large part not covered by insurance, comes at a huge cost to Jake and his family. They appreciate your support and prayers as he begins the recovery process. The purchase of Jake’s shirt (this photograph being one of the proudest moments of his career) does not go unnoticed. Your purchase of his shirt is more of donation and the shirt is his “thank you” to you.

Thank you and God Bless You.