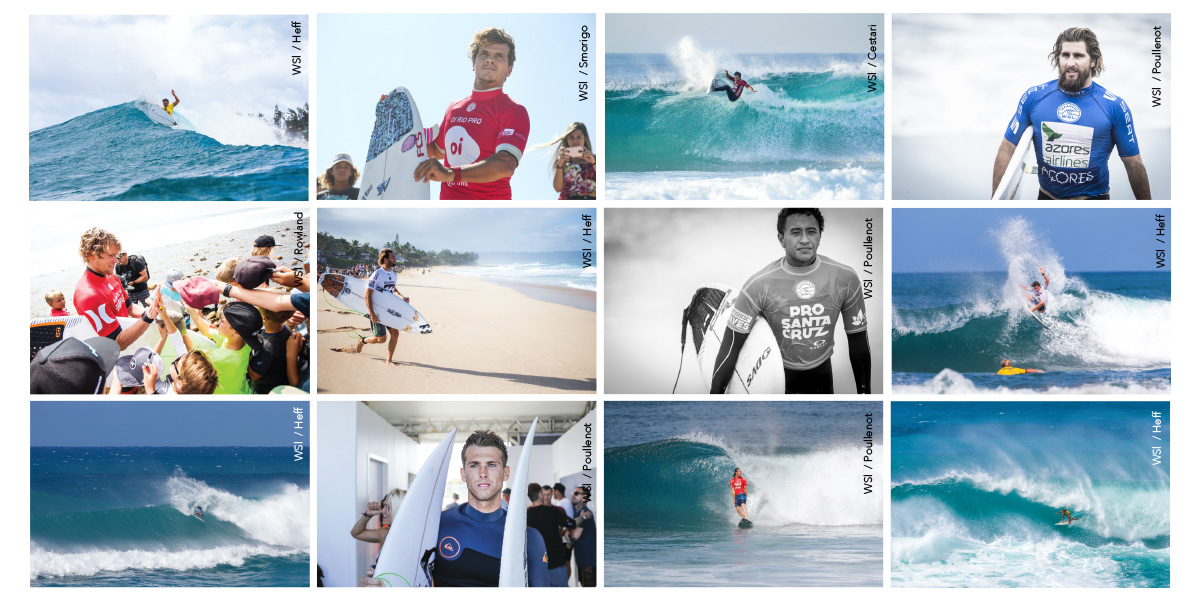 Breaking Down Regional Warriors, Qualifying Series Hopefuls and the Top Contenders at the 2017 VTCS

Heading into the Vans Triple Crown of Surfing (VTCS) every year, there are always new faces, old faces, favorites and dark horses that pop up throughout the six-week series. There are many variables that go into each event, and the most unpredictable is Mother Nature. While truly any competitor into the 2017 VTCS could come away with the prestigious win, we put together a list of top picks looking to make a mark this year..

We start with highlighting four Hawaii surfers – the Regional Warriors – who aren’t so worried about points, but are instead vying for bragging rights and staking their claim as homegrown champions; they are a force to be reckoned with in their local waters, often creating big upsets. We then showcase four surfers from the World Surf League (WSL) Qualifying Series (QS), who are revved up and coming in hot, looking to collect valuable points to make the jump onto the WSL Championship Tour. Last, but not least, we chose four VTCS Contenders, who have performed well in recent VTCS years – some even having multiple trophies from the contest series – and are fan favorites to win this year’s prestigious VTCS title.

A North Shore native, 17-year-old Barron Mamiya has been tearing up the Pro Junior series this year. Winning three out of four junior events in the Hawaii/Tahiti Nui region, including the Sunset Pro Junior, Pipe Pro Junior and Papara Pro Junior, Mamiya is on a hot streak. While not in any position to qualify for the CT this year, simply making a statement on the world stage at such a young age is high on his list.

With a last name synonymous with Hawaiian surfing, Josh Moniz has big shoes to fill. The 21-year-old homegrown Oahu surfer knows the breaks of the North Shore very well and has seen success at Sunset Beach and Pipeline on the junior level. Sitting 37th on the QS, Moniz will desperately need two good results at Haleiwa and Sunset Beach, a minimum Quarterfinals finish or better. Moniz has experienced the level of fierce competition at the VTCS before, having competed for the last five years. He will be looking to capitalize on local knowledge mixed with the WQS stripes he has earned on the road to make that big leap.

As a near full-time transplant to Oahu’s North Shore, this South African-born charger has a well-rounded approach. At 21 years old, Benji Brand has only been dabbling with the QS for a couple years while making it a priority to chase swells free surfing around the world. He’s only had the opportunity to surf in the VTCS once before, but with back to back Semifinal finishes at the HIC Pro and Sunset Open, he has proven to be a factor in the lineup. Add this to recent free surfing exploits at Haleiwa, and Brand has a very good chance for plowing through the field at this year’s VTCS.

This Tahitian knows about solid waves coming from the harrowing reefs that bring us Teahupo‘o. The 21-year-old has traveled to a few of the International QS events, but his desire for more powerful surf has seemed to elude him any big results. In Hawaii, O’Neill has shined before, making the Semifinals at the HIC Pro, and looks to utilize his stocky frame to carve through a few heats at the VTCS this year.

Brazilian Jesse Mendes took an early lead on this year’s QS and hasn’t let off the gas since. Winning two QS6,000 events and backing it up with a fifth and a third, his amassed points thus far have guaranteed him a spot on next year’s CT. While not needing big results in Hawaii, you can bet Mendes will be looking to finish the year strong with a burst of confidence heading into his rookie year surfing alongside the World’s elite.. While he has yet to have a major result in the VTCS, he has been competing in the series for the last six years and has cracked into the Quarterfinals at both the Hawaiian Pro at Haleiwa and the Vans World Cup at Sunset Beach.

The Hawaiian battler Keanu Asing has seen both highs and lows in his career and is currently on the upswing heading into the end of this season. The 24-year-old from Ewa Beach qualified for the CT and made his rookie debut in 2015, but after two years, failed to re-qualify. Finding regained confidence and strength this year, Keanu won three smaller QS events, with a string of consistent results in the higher rated contests. This form has put him in sixth on the International ratings heading into the 2017 VTCS, where he will be looking to get at least one more good result to push him onto next year’s CT. While he has had a mixed bag of results in past VTCS years, his best came in 2014 with a Semifinal finish at Sunset, a result he needed to qualify for the CT. Asing is best with his back against the wall and his never say die spirit has motivated him to success in the past.

Aussie Wade Carmichael is a QS battler who has been campaigning for the last five years in hopes of breaking into the big leagues. His closest attempt was in 2015, where he finished 16th, ending the year with a big win at the Hawaiian Pro QS10,000. But it wasn’t enough to qualify. This year, he is sitting in ninth with an even better chance. Wade will need to find that winning form again, and cracking into the Finals could see him secure that spot. The regular footer’s aggressive forehand rail work serves him well on the predominant right-hand venues of Haleiwa and Sunset. With some swell and a little luck, he could easily turn heads once again.

John John Florence is arguably the biggest threat when it comes to the VTCS. As the reigning World Champ as well as the defending VTCS champ – and with three VTCS wins under his belt – John’s accolades speak for themselves. Raised in the lineups of all three venues – Haleiwa, Sunset and Pipe – anyone that has seen him in action knows he is the obvious favorite. He will still have to do the work, but it’s a fair bet that Florence will at least be in the hunt for his fourth VTCS title by the time the Billabong Pipe Masters rolls around.

South African Jordy Smith has a knack for moving his larger frame among Hawaii’s powerful surf, particularly at Sunset Beach. After seeing success early in his career at the venue by cracking several Finals, a win in Hawaii still eluded Smith until last year, when he took out the Vans World Cup of Surfing. He’s having another stellar year so far on the CT, so expect him to come into Hawaii guns blazing. He’s reached the Quarterfinals in both the Hawaiian Pro at Haleiwa and the Billabong Pipe Masters, so if he can string together his best results, he’ll have a good shot at his first VTCS title.

As Portugal’s latest export making a splash, Frederico Morais rocketed onto the world scene last year with back to back runner up finishes in the first two events of the VTCS, enough to move him up from 38th to 3rd on the QS, which qualified him for the 2017 CT. If it weren’t for the Florence freight train bettering him at the Billabong Pipe Masters, he would have taken home the VTCS title. Having an impressive showing thus far on his WCT rookie year, his forehand carving approach is poised to continue its dominance throughout the Hawaiian leg of the Tour. With a little extra focus on surfing Pipe, he could once again be knocking on the door for his first VTCS win.

It’s been two years since Julian has completed a full VTCS series, after winning it in 2014. In that year, he took runner up at the Hawaiian Pro in Haleiwa and earned a huge win at the Billabong Pipe Masters. The following year, in 2015, he still managed a runner up finish at the Vans World Cup of Surfing at Sunset Beach. Wilson’s technically-sound approach bodes well in the variety of surf on offer throughout the series. Being more than capable at each of the three venues, a serious campaign this year could easily see him in the running.