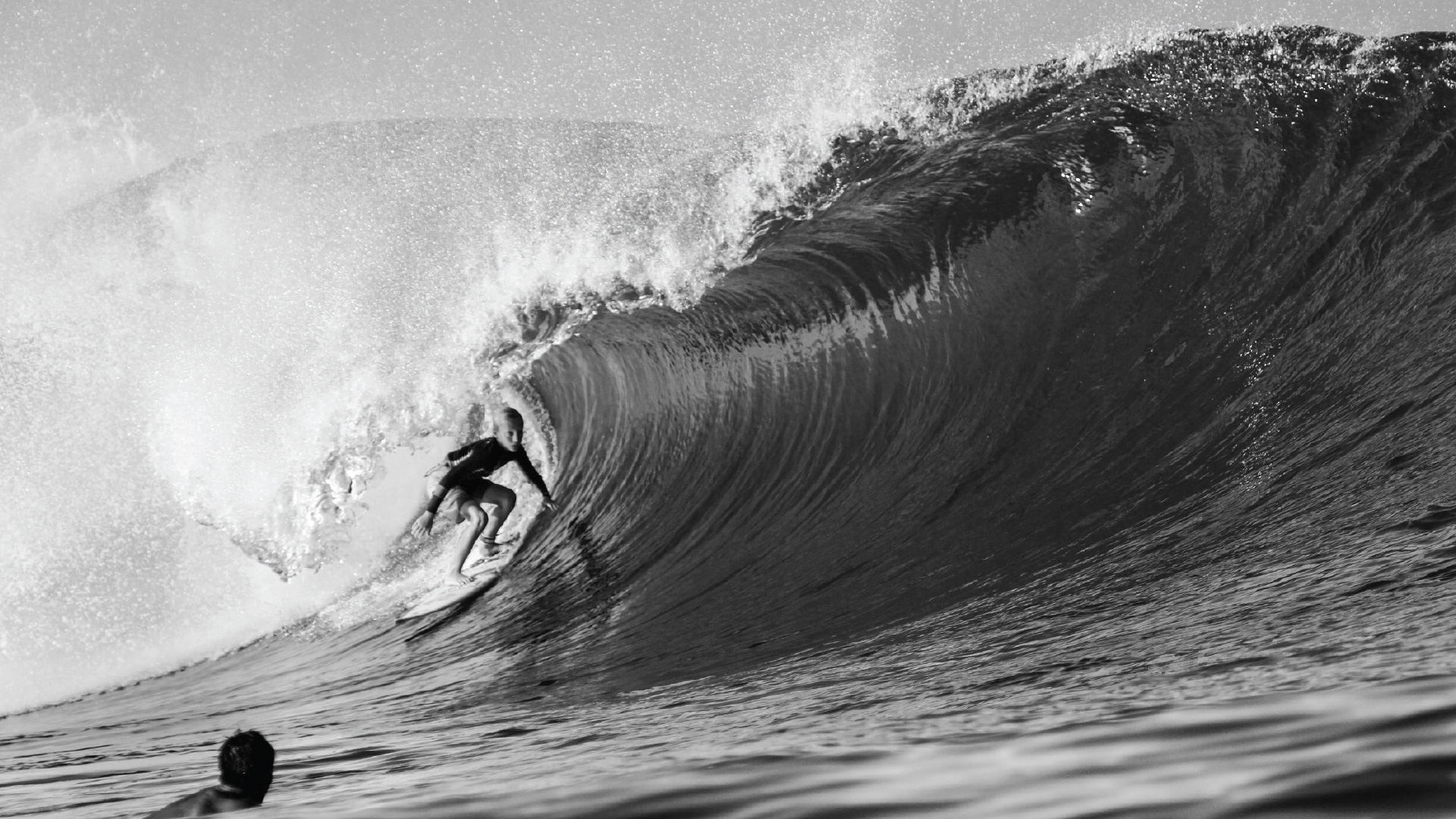 My name is Kaiser Auberlen, and I am a 12-year-old North Shore native. I’ve been surfing for 7 years and have been lucky enough to travel all over the world looking for waves. I just returned from an amazing trip to Lakey Peak, Sumbawa, where I went to visit my Indo Uncle Oney Anwar. It was an amazing trip, and I love how surfing takes you to great places where you can meet cool people and get good waves!

Oney is the top professional Indonesian surfer and also a Rip Curl teammate. He always stays with us when he’s in Hawaii and has been asking us for years to come visit him at his home, so finally we did. Three plane flights and a two hour drive later, we had arrived.

On my first day, I awoke to pumping 4-6 foot Lakey Peak. It’s a sick wave, a perfect peak with a long left and 2 barreling sections at low tide. The right is almost like an easier version of Backdoor, if there is such a thing. At high tide, it becomes an incredible performance wave, like Trestles on steroids. We surfed our brains out and came in and had breakfast at what became our usual place, Fatmahs. Then in the afternoon, we went and surfed Periscopes. It was the best right I have ever seen. This would be our routine for the next 2 weeks. That same day, I also got to meet a lot of the local kids. Waduha, Eka, Fajuri, Rasa, Rama, Rafi and I all became good friends. We became the Nungas squad because that’s where we would surf and hang out a lot of the time. They were so nice to me and really welcomed me into their group. We played with spinning tops they made out of wood themselves, and they even taught me how to speak some Indonesian. I brought a football and taught them how to play. It’s really cool to know that you can go anywhere in the world and meet nice people. I’ll never forget them.

Lakey Peak is an awesome set up, like a mini North Shore. You have Lakey Peak in the middle, directly in front of the Aman Gati Hotel. To the left about 200 yards is Lakey Pipe, a thick grinding left barrel and to the right is Nungas, a long freight-training left. They are all world-class lefts, so glad I’m a goofy footer! Cobblestones and Periscopes are outside of the Lakey village. You have to take some gnarly scooter rides on bumpy roads with lots of mud to get there, and some of the rides to Periscopes were almost as fun as the surf!

During our two week trip, we scored some awesome waves. A couple days at Lakey Peak were solid 6-8 foot with perfect barrels and it never got under 4 foot. My dad, a friend of ours and I even soloed Lakey Pipe three times, trading off perfect barrels. It was unbelievable! I surfed Nungas a few times with my new Indonesian friends as well. Periscopes is the best right I have ever surfed. It’s your typical Indo wave, you just see it peeling down the point in your direction and decide which one you want. The wave has good barrels and epic sections to hit the lip. To say we scored good waves on this trip would be an understatement!

Not only did we have unreal sessions in the water; we also had some amazing experiences on land as well. One of the coolest things that happened was when all my new friends gave me all their spinning tops that they made by hand so I could play with my friends when I got home in Hawaii. The kids didn’t have much. There aren’t any toy stores so for them to hand their tops to me, it was very special. I will never forget that.

We also took the time to go by a local school. My dad and I brought school supplies such as crayons, markers, pens, pencils and goody bags from my sponsors Rip Curl, Vans and Sun Bum for the kids. My dad is trying to teach me that you can’t go to these places and just take, just surf waves or whatever. You need to give back. The kids were so stoked and I loved it as well. Giving back makes you feel good inside. I learned that it doesn’t matter what you give, trying to do something is what’s important.

I had a fantastic trip, from unbelievable waves to meeting great new friends and learning a lot along the way. Traveling is a great way to learn about people and yourself, and I think if we all were a little more friendly, helped others when we can and take care of our planet, we would all be a little better off. And if you can get sick barrels along the way, even better!