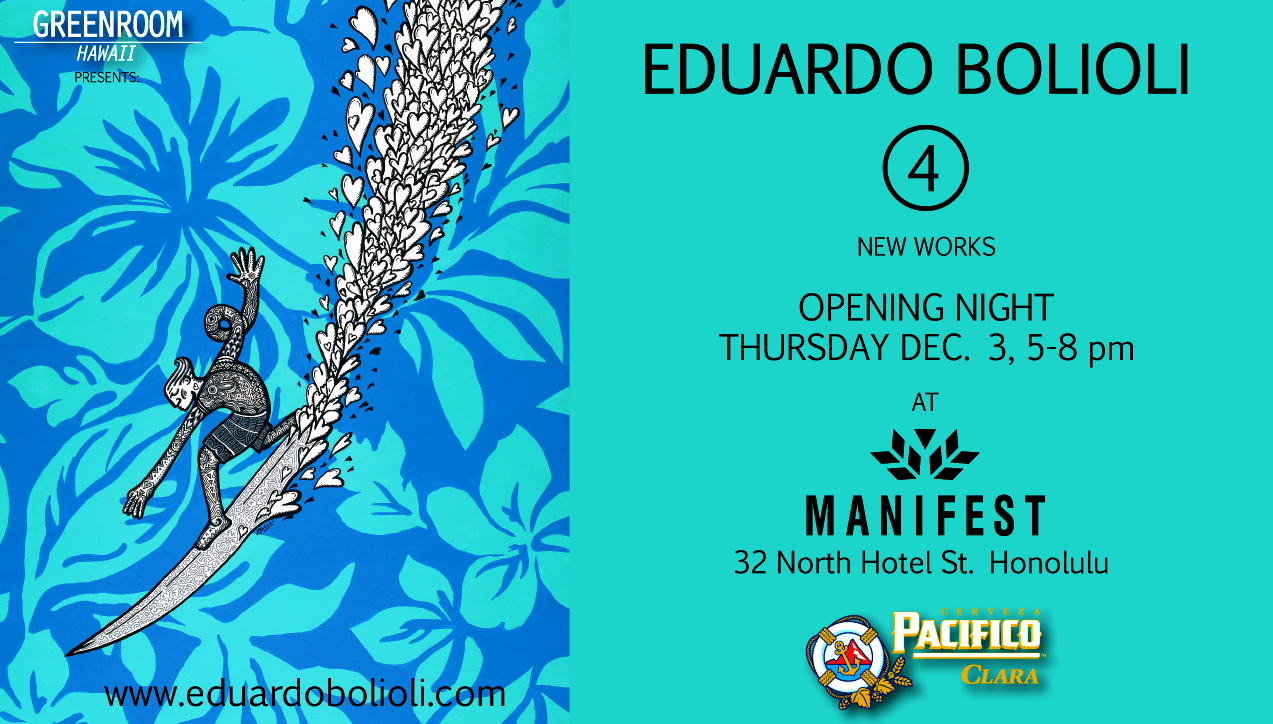 Besides having been Art Director for brands like Blue Hawaii and Local Motion, Eduardo Bolioli was also a designer for Quiksilver, Gotcha and Billabong during the late eighties, then became the Absolut Vodka artist representing Hawaii in their Statehood campaign.
Absolut asked to make a big move to Uruguay in 94 and do the Absolut Uruguay ad and it’s campaign, but then things went kind of wrong. Eduardo got stuck there for 20 some years, but all that is in the past now  his focus is on his art again.
Besides all that, big contributions to surfing was developing painting or better said drawing with Posca on the hotcoat in 87. Going through dozens of boards and markers until he found the right combination markers and clear coat spray on boards, we kept it a secret with Blue Hawaii until 92 when I left for Local Motion and I brought my know-how there.
“Eddie Would Love” is piece done by Eduardo showcasing peace and love. “On November 13th, I was getting ready to start a new painting for this show, when I heard about what was happening in Paris, it was hard to stay away from all the news and information and at first it made me want to do a painting about it, but then I didn’t want to fall into that and I started thinking about doing a piece on peace, love and weapons so the images of guns and love came to mind, but being so opposite and contrasting it was hard to bind them into an image, then the thought of big guns came to mind also and right then it started making sense…How about a piece on big Waimea Guns instead of weapons? so the thought immediately sent me to think about Eddie Aikau, he carried and surfed big guns but spread Aloha like no one else.”
To see more from Eduardo Bolioli and meet him in person at Manifest, 32 Hotel St. Honolulu on Thursday, December 3 from 5-8pm.