And Ola Eleogram, although his surfing was a successful combination of careful wave selections followed by attempting nearly-unmakeable maneuvers in the 10-15 foot conditions, was a hot topic because of his surprising board selection. Minutes before Ola’s early heats, cameras caught the Maui-native eyeing the HIC-provided Eric Arakawa demo boards. Moments later, the 29-year-old picked one up, added his own personal touch and was in the water for his upcoming heat.

“I took some of my good boards to Mexico during the summer swells in Puerto Escondido and they never made it out of Mexico,” Eleogram said in a post heat interview. “I got some boards coming but they weren’t ready for this event. You shouldn’t ride a brand new board in a heat, but you gotta do what you gotta do. The board felt really nice… so I took it out there and it did the job. Thanks Eric!”

With every contest comes a shroud of subjective controversy, and the HIC Pro was no exception. On the scheduled final day, HIC Pro Surfing Director Marty Thomas called the contest off midday and a muddled reaction from the competitors area was palpable.

“This morning we had some solid surf on hand, 12-15 even 18 foot,” Thomas said after announcing the finals would run the following day – October 31. “After the round of 32, we decided to stop the event. There’s some wash through sets coming through. The surfers are really taxed from the paddling, getting caught inside, as well as the water patrol. There’s forecasted bigger sets this afternoon, so we want to come back tomorrow. The forecast for tomorrow is excellent, showing surf in the 8-10-foot range.”

Which proved to be the right call, because the extra day’s rest given to competitors showed in the form of fireworks for the final rounds. Walsh, exploding through the quarters and semifinals with powerful and patented high scoring carves. Robinson, adding flashes of contest-jersey color to roaring whitewash all the way to the final. And Hawaii’s Billy Kemper alongside local Kaito Kino, both showing more than enough sparkle and flair to make their case for participation in the last heat of the contest.

But the closing heat, with all aforementioned athletes, appeared over just as quickly as it began. Walsh roared out of the gates with a 9.33 and feverishly backed it up with 7.07, thrusting a knife in the strategies of the other 3 competitors. Billy Kemper held his cool long enough to fire back a 7.17, and by backing it up with a 6, secured his second place standing. Kino fought back on multiple low scoring waves, and Robinson went cold, ending the final in fourth place.

“I didn’t find the waves at the start,” Robinson later said about his strategy. “Ian and the other guys got in position. I’m stoked to make the Final, just get in the rhythm of contests again.”

“I wanted to start early,” said Walsh, talking strategy. “I feel like a lot of years I surf up until the Semi or Final and then I seem to change my strategy and I feel like I need way bigger scores than what got me to that point, and at this whole event I just tried to keep the same strategy, the same rhythm and just do the same things over and over and treat it like another heat … If the wave gives you a big canvas, light it up. If not, whatever wave you stand up on you have to make it count. Whatever wave you get, surf it to its full potential.” 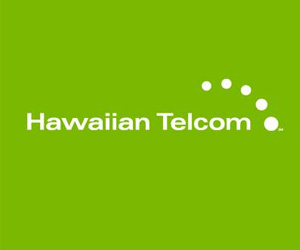