Though Walsh’s headstrong run wasn’t ever in doubt, there were a handful of other storylines entering into the early rounds, like Danny Fuller, the 2014 HIC Pro winner, who was looking for a back to back run. “At the end of the day it feels really good being a defending champion,” the Kauai native said before surfing on the first day. “But it’s Sunset and all I can do is my best.”

And Danny’s best was more than enough to push through the early heats. Fuller looked calm and his surfing looked crisp. From the chatter heard in the competitors area, early bets sat on Fuller’s name.

Finn McGill, Hawaii’s youngest competitor at the age of 15, showed a sense of calm on his first day, pulling the trigger on the first wave of his HIC Pro heat and later winning that heat. “A lot of Hawaii kids have an advantage to the others because we have contests at all these breaks that the Primes are at during the Triple Crown,” Finn said. “We have NSSA’s at Sunset, Haleiwa and we even have contests at Pipe, so it warms us up a lot to these kind of contests.”

Other early notables included Bruce Irons’ nostalgic carves and eye raising drops, all while riding a bright red ‘Rising Sun’ colored board in memory of the late Andy Irons. And hometown hellman Jamie O’Brien was hot on Walsh’s tail by posting high heat totals, doing so without a camera crew in tow.

“I’m always trying to get in the Triple Crown,” O’Brien said. “I love competing in Haleiwa, probably my second favorite wave in the world. And Pipeline is definitely a great event, I’d be stoked to surf the Vans World Cup out here as well.”

But by the quarterfinals, Fuller, McGill, Irons and O’Brien had each bowed out, replaced with the likes of Jack Robinson, Ola Eleogram, Hank Gaskell, Billy Kemper, and Walsh.

Australia’s 17-year-old Robinson was the contest’s only competitor to score a perfect 10 of the event, doing so on the first day of competition. 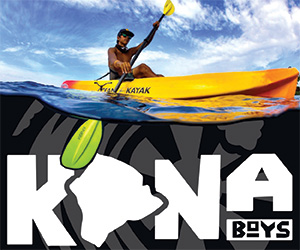