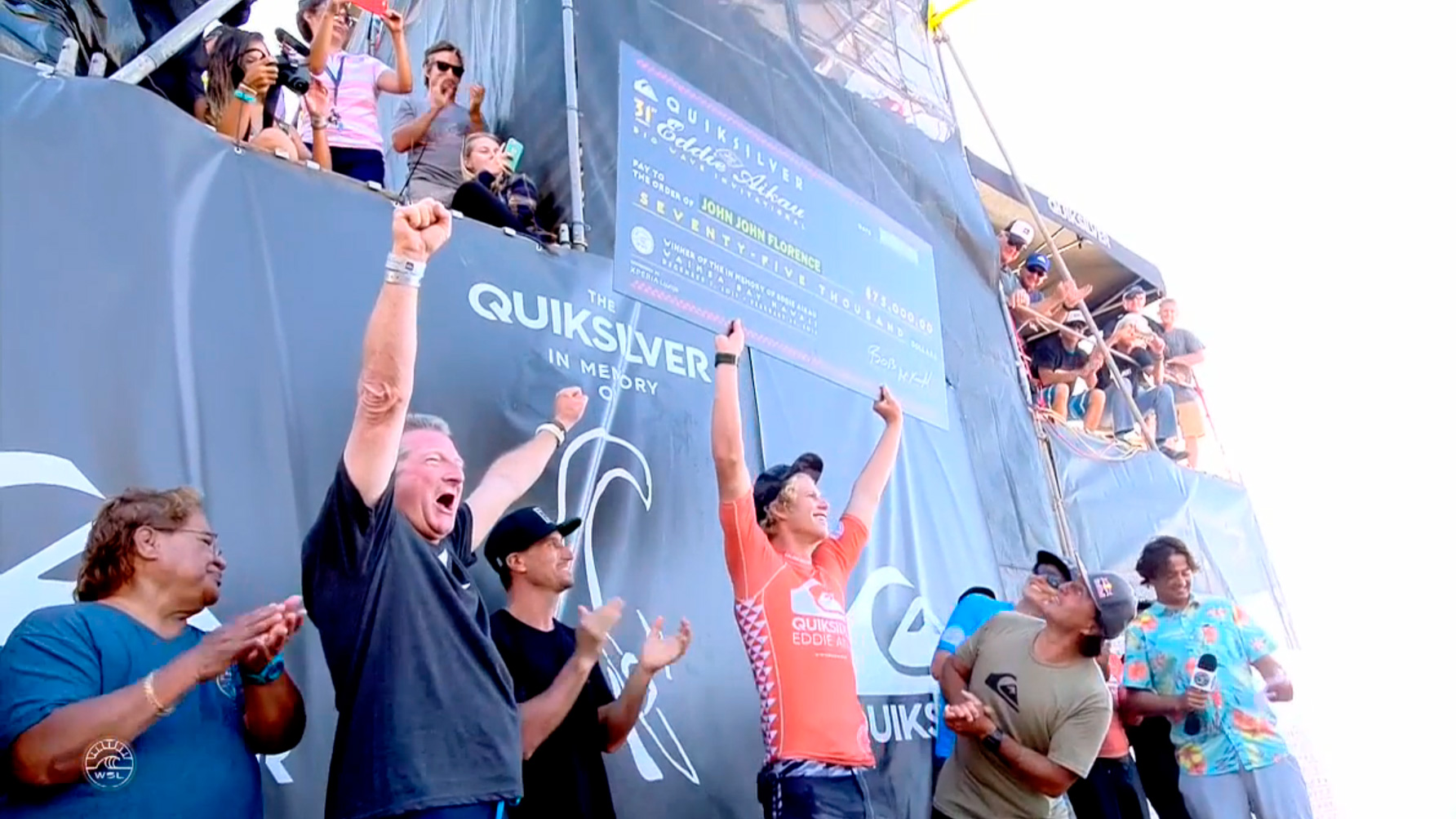 Organizers took time to observe the swell, pushing the call back from an anticipated 6 a.m. announcement. They wanted to ensure proper conditions as well as the safety of the surfers and the support crew on rescue watercraft.

Many competitors say they’re surfing not just for themselves, but all those who came before them.

“In memory of lots of legends. Obviously Eddie first, and then all our friends. My good friend Todd Chesser, we’re taking him out. We’ve got Brock Little, who just passed away, and a whole bunch, Sion Milosky, the list goes on,” Kelly Slater told KHON2 before he entered the water.

Florence took first place with a final score of 301.

For years, he’s been tabbed the next great surfer in the world, and on Thursday, the Haleiwa native sealed the deal by winning big-wave surfing’s most prestigious contest, and with it a $75,000 check.

“Today means everything. It’s the biggest accomplishment of my life,” Florence told KHON2. “I was just stoked to be a part of this event, growing up on the North Shore, watching The Eddies run — and there’s only been a few of them since I’ve been alive — how big the waves were today.”

Florence was followed by Ross Clarke-Jones (AUS) with a score of 278. Clarke-Jones also had the biggest single wave score of the day at 96.

Shane Dorian (HAW) had the second biggest single wave score at 93. He finished the day in third place at 270.

In Round 1, Mark Healey (HAW) had the highest scored single ride at 76.

In all, 29 big-wave surfers competed in The Eddie. Alternate “Big” Ben Wilkinson (AUS) replaced Noah Johnson in Round 2. Johnson withdrew after Round 1 due to an injury.

The final top 10 leaderboard with Round 2 scores:

The top 10 leaderboard after Round 1:

How the scoring works

Surfers get to ride four waves per round for a total of eight waves.

Seven judges give each wave a score of 0-20. The highest and lowest scores are dropped, leaving five scores that are added together for the maximum of 100.

Judges can re-score a wave, so the number may change soon after it shows up on the leaderboard.