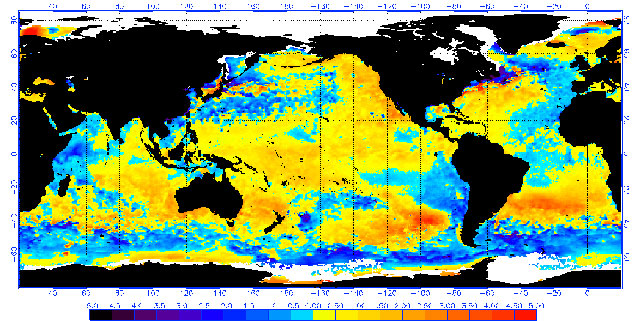 There is an approximately 50-60% chance of El Niño within the late Northern Hemisphere winter and early spring, with ENSO-neutral slightly favored thereafter. Equatorial sea surface temperatures (SST) remained above average in the western and central Pacific during January 2015 and cooled across the eastern Pacific.

Accordingly, the latest weekly Niño indices were +0.5oC in the Niño-3.4 region and +0.9oC in the Niño-4 region, and closer to zero in the Niño-3 and Niño-1+2 regions. Subsurface temperature anomalies across the eastern half of the equatorial Pacific also averaged near zero during the month.

However, an extensive area of positive subsurface anomalies persisted near the Date Line, while negative anomalies were prevalent closer to the surface east of 110oW. During the last couple of weeks of January, several aspects of the tropical Pacific atmosphere showed some movement toward El Niño.

However, for the month as a whole, the equatorial low-level winds were mostly near average across the Pacific, while upper-level easterly anomalies continued in the east-central Pacific. Also, convection remained below average near the Date Line and enhanced in the western equatorial Pacific. While the tropical Pacific Ocean is at the borderline of El Niño, the overall atmosphere-ocean system remains ENSO-neutral.

Similar to last month, most models predict a weak El Niño (3-month values of the Niño-3.4 index between 0.5oC and 0.9oC) during the Northern Hemisphere late winter and spring (Fig. 6). The forecaster consensus also favors Niño-3.4 SST index values in excess of 0.5oC within the coming season.

However, climatologically, ocean-atmosphere coupling tends to weaken into the spring, which increases uncertainty over whether El Niño conditions will emerge. In summary, there is an approximately 50-60% chance of El Niño within the late Northern Hemisphere winter and early spring, with ENSO-neutral slightly favored thereafter (click CPC/IRI consensus forecast for the chance of each outcome).