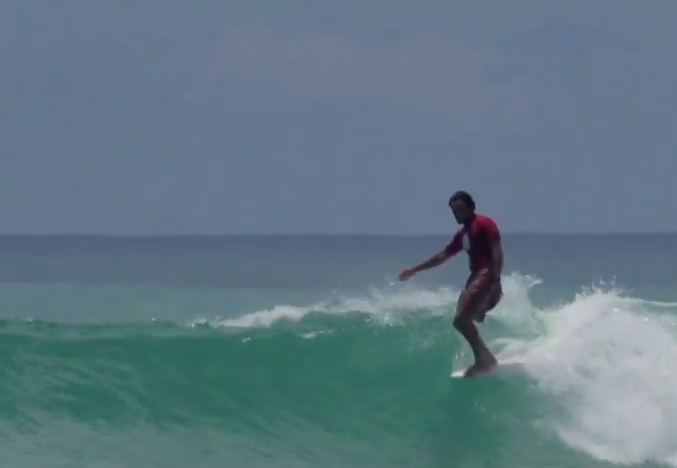 In the heart of Waikiki, the month of August saw the WSL Duke’s Kane and Wahine Longboard Pro. With a deeply rooted longboarding scene here in Hawaii, this WSL sanctioned event was held as part of the annual Duke’s OceanFest celebrations, in honor of Duke Kahanamoku. With the chance of earning qualifying spots into the WSL Longboard Champiohships in China, the field was stacked with talent and the waves showed up to the party.

In the women’s final, Ewa Beach local Stacia Ahina finessed the inside section of Queens, nabbing the better sets and longer rides that propelled her to first place, earning her an entry into the Championships in China.

On the men’s side, two of the finalists had already earned their place in the Championship from last year’s showing, so the two remaining finalists, Maui Zack Meyers and Nelson Ahina, were granted automatic entry to the China event.

Taking out the kane division was Waikiki local Kai Sallas, with an impressive blend of traditional and progressive longboarding, showing his obvious mastery of the Queen’s break.