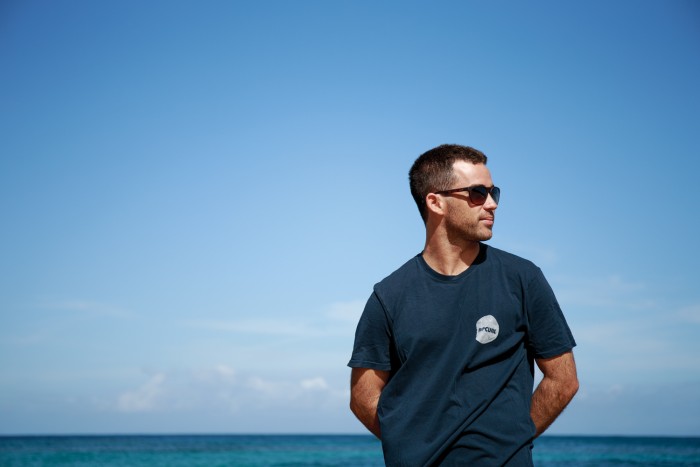 For the Record: Mason Ho on Competition and Legacy

Do you think about continuing the legacy that your father Michael and Uncle Derek created?

I don’t think about it too much. I try and keep it out of my head. I do know it’s there and my Dad and Uncle Derek did so much for surfing and Hawaii and that’s why I feel like I should give surfing my all. The whole legacy..that’s their deal. I’m trying to swim up the stream. I want to win all these North Shore events.. I’ll answer that question another time better maybe. I have a lot of dreams about legacy… but i know nothing about it.

We’ll bite. What are these dreams you’re having?

I do dream of legacy… and when I do dream, I immediately know because something is off. Recently, I was dreaming that V-Land was right next to Sunset. Like they were literally connected. In the dream, this guy was chasing me. But then I couldn’t find the guy and I saw whitewater in the distance so I started walking and started running on the water towards this connected V-Land and Sunset spot…I couldn’t believe I was walking on the water and then I put my board down and instantly I was going normal surf speed and took a couple waves, saw an outside set at Backyards so I started running out there. I didn’t even have to paddle to get on the wave. It was the sickest dream… I was running all over the place and even went out to Phantoms. I had my little board and popped on a couple waves. In the dream, my friend was filming all these waves and when I woke up I was asking him about the clips but I couldn’t get them! I had so many barrels and combos. I asked him ‘Are you sure you don’t have the clips from those waves’?

Much, if not all of legacy is in competition so let’s delve into that for a moment. The upset you had over Julian Wilson as a wild- card in Portugal…how did that feel?

I got on Rip Curl halfway through this year doing wildcards, and there’s less pressure. I’m sure there’s pressure to make everyone happy but at the same time I don’t feel that pressure. It’s just fun going in there and comping with the best guys. And when you’re wildcarding, you never know who you’re up against. A lot of people read the ratings and know who their coming up against. Before my heat I was asking Julian – we’re good friends – and I was asking him what I should do in the water…I knew what I was going to do but I like to ask everyone else, you know? So he was helping me out and the next day we’re in the same heat. He was going for a world title and I was trying to make a heat. He would have done the same to me. The guy is the best in the world in my eyes.

How differently do you approach free surfs and competitions?

I’ve been doing events since I was a kid, and I think I’ve tried going freesurf mode in competitions and lost at crucial times. And if I would have turned on the competition mode a little more instead… and in contests you don’t get another chance. If you want to do good at competing, you have turn on the full comp mode and focus even when you’re not in the heat to get ready. And if your favorite spot in the world is going off, it just so happens that your dad doesn’t want you to surf the spot because it’s dangerous…but the CT is one of my goals. When you’re there you can put both free surfing and competitions surfing together more. With the QS, I’ve been trying to qualify and the get the formula.