Christian Driggs stands on a dirt road surrounded by darkness, lit up only from the occasional passing headlights and burst of lightning
in the night sky. When visible, I see the leading team member wipe sweat from his brow. The Waves for Water (W4W) crew is rearranging supplies in an old-school Toyota 4Runner to accommodate me for the long drive.

We journeyed through a ghost city with no traffic. It was eerie to imagine that Kathmandu is home to a million people—or at least was—before the earthquake.

As we traveled north, we saw blocked roads, destroyed homes and entire neighborhoods reduced to rubble. It was hard to believe that there were previously any signs of life.

W4W had finished another extensive day in the field, aiding rural villages that had yet to receive any type of assistance. The NGO had been on the ground since the devastating earthquake on April 25th, supplying water filters to the Nepali people. Driggs explained their frontline endeavors as we traveled the winding, mountainous terrain to where we were expected as guests for dinner that evening.

Later, as we gorged on yak cheese, goat meat and local beer, Driggs noted a combination of factors – the earthquake’s close proximity to the densely populated city, lack of solid infrastructure, high magnitude and shallow depth – that all translated into massive loss of life and damage of epic proportions. Like many of the disasters zones W4W have responded to, Nepal was already in great need of a clean water program (as cholera is an ongoing problem).

The first strategic implementation in their ‘Nepal Relief Initiative’ focused on the hardest hit areas of the disaster zone, and entailed them to distribute portable water filtration systems to community centers, refugee camps and individual families. The second phase has consisted of executing long-term solutions including rainwater harvesting systems for schools and medical clinics, restoring dead wells/pumps and expanding the relief efforts beyond ground zero.

Since the earthquake, W4W has been incorporating this framework with local POC’s (points of contact) such as civilian-operated Himalayan alpine guide groups that have extensive knowledge
of the region as well as our program; UN Nepalese military battalions, providing air and land support to otherwise inaccessible rural communities; and a US Army Civil Affairs Team stationed in Kathmandu. Collaborating with international leaders and strategic partners, these teams employ hard work and a no-nonsense attitude to the many challenges at hand. 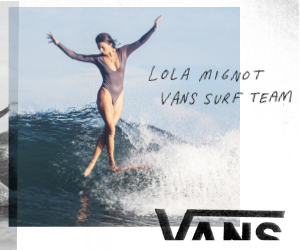